The artist honors a connection with nature in the present moment 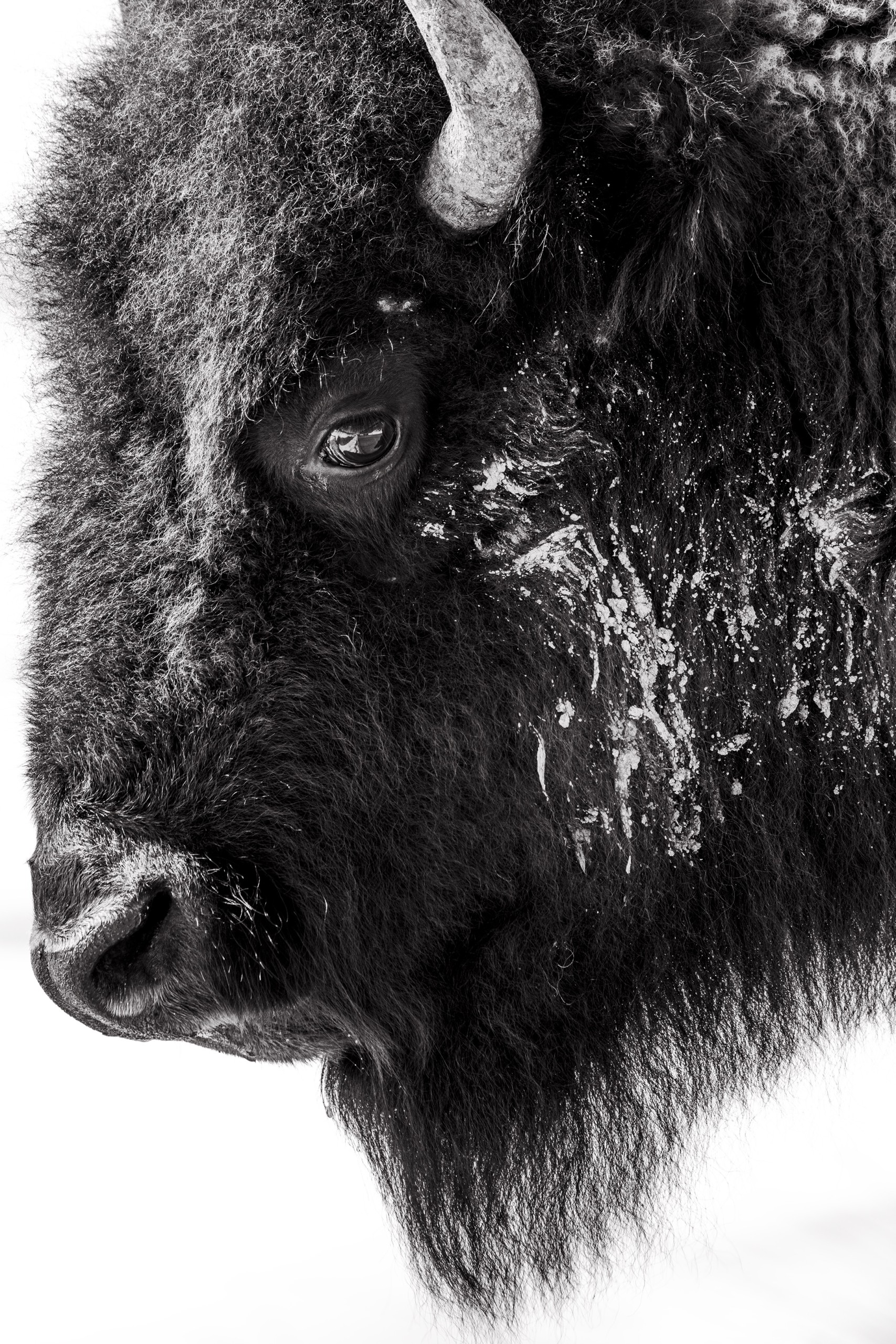 Kene Sperry’s artwork re-creates the ineffable sense of discovery we felt as children exploring our parks, playgrounds or backyards. Through his black-and-white images, recognizable scenes take on new meaning. A forest resembles microbes under a microscope. A buffalo’s textured fur could be a distant hill. A river system becomes veins beneath the skin. 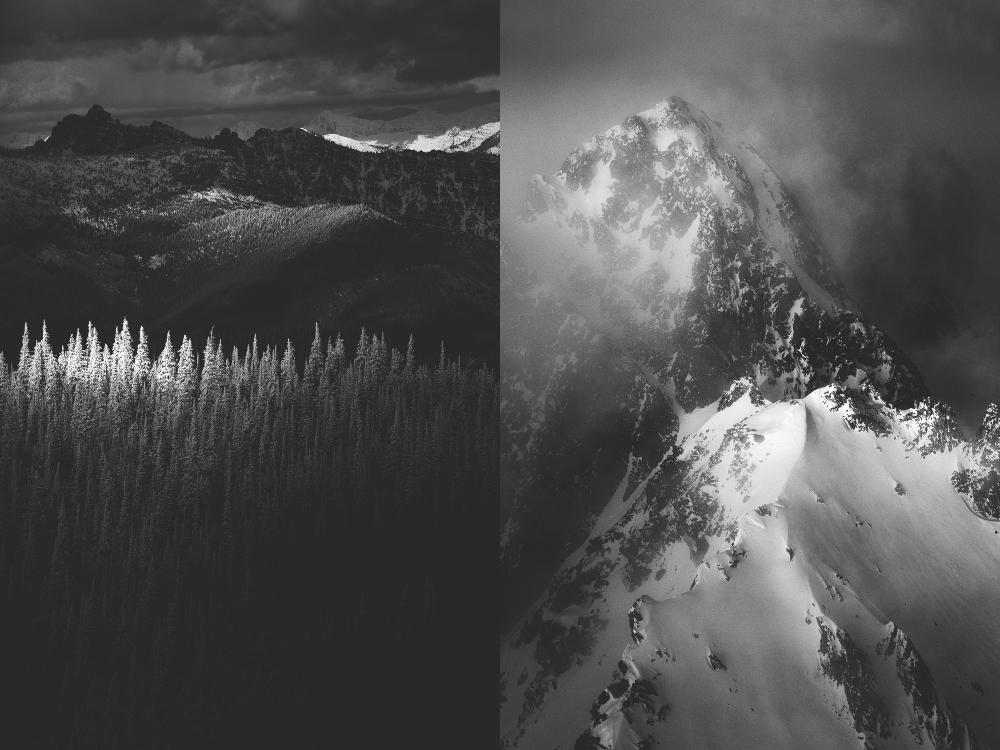 “Straight” photography never goes out of style. Drawing on the tradition of artists like Ansel Adams and Alfred Stieglitz, Sperry doesn’t edit his photos beyond such final tonal adjustments that translate them to print, as dodging and burning in the darkroom.

His unique vision didn’t develop overnight. Sperry has been shooting photos ever since his fifth-grade teacher distributed disposable cameras on a field trip. “I fell in love with space and light, but I didn’t know what it was at the time,” says Sperry. “I could just communicate what I felt more clearly.” 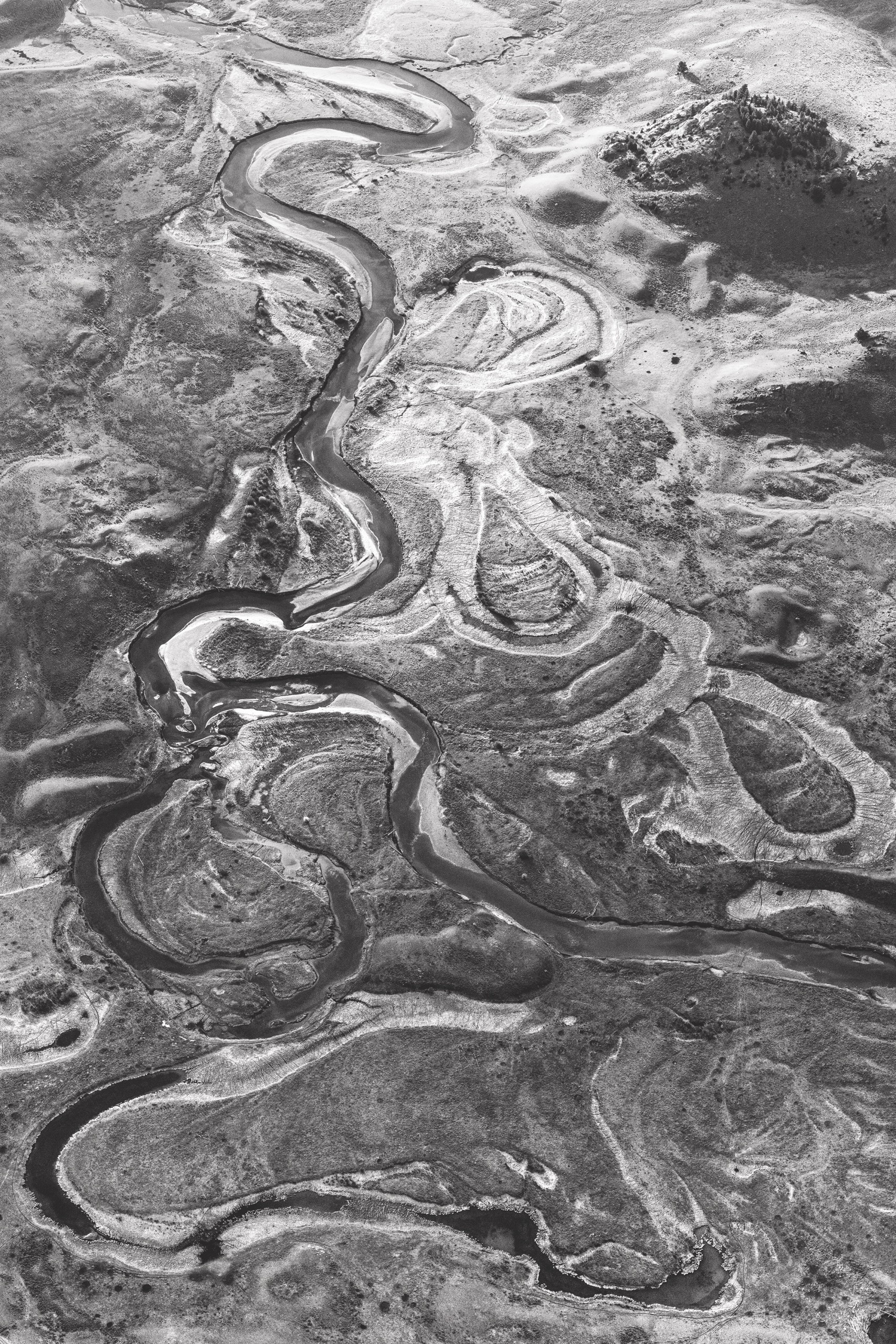 Sperry often leaves the horizon out of the frame, removing the sky and shooting down at the ground. “Horizons tie us back to recognizable constructs,” he says. The omission evokes a sense of unending wild, of the encompassing vastness of nature.

Today, he uses a 35mm SLR digital camera with lenses ranging from 24mm to 600mm, and he often shoots from a helicopter. All that technology is secondary, though. “The camera with the largest tonal range in the world is your eye,” says Sperry. “No camera can do what our eyes do.” For him, it’s about using his eyes as well as he can, which means being fully present to the moment. “I slow down my breath and connect with my own heart,” says Sperry. “I get into a space where I’m not thinking, ‘This is Yellowstone’ or ‘That’s a mountain.’ Then everything comes alive. The beauty is always there, I just open up to it.” 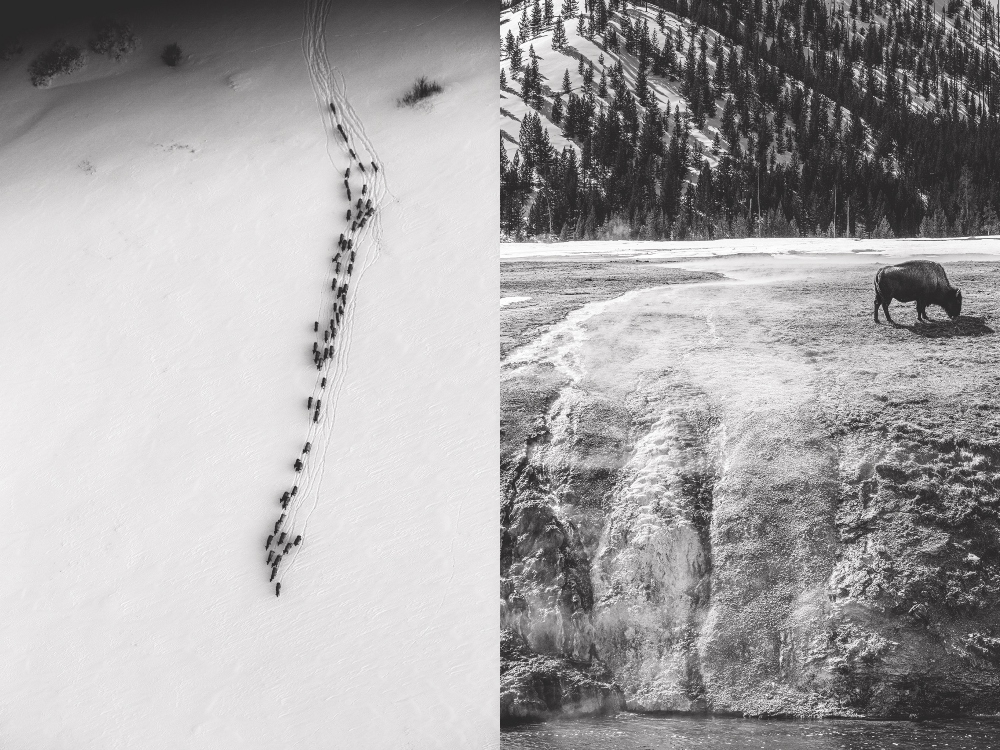 According to Sperry, the most beautiful light occurs in fleeting moments of change. “When we’re in transition,” he says. “When there’s a storm, or a darkness that’s coming or going.” The helicopter offers him a flexible, mobile vantage point to capture those moments.

Sperry arrived at this practice over decades of hard work. After earning a business degree, a master’s in film photography from Washington State University, and attending the Rocky Mountain School of Photography for digital, Sperry photographed luxury weddings. For about 15 years, he traveled the world as a commercial photographer and brushed shoulders with celebrities and politicians, but it was unfulfilling. 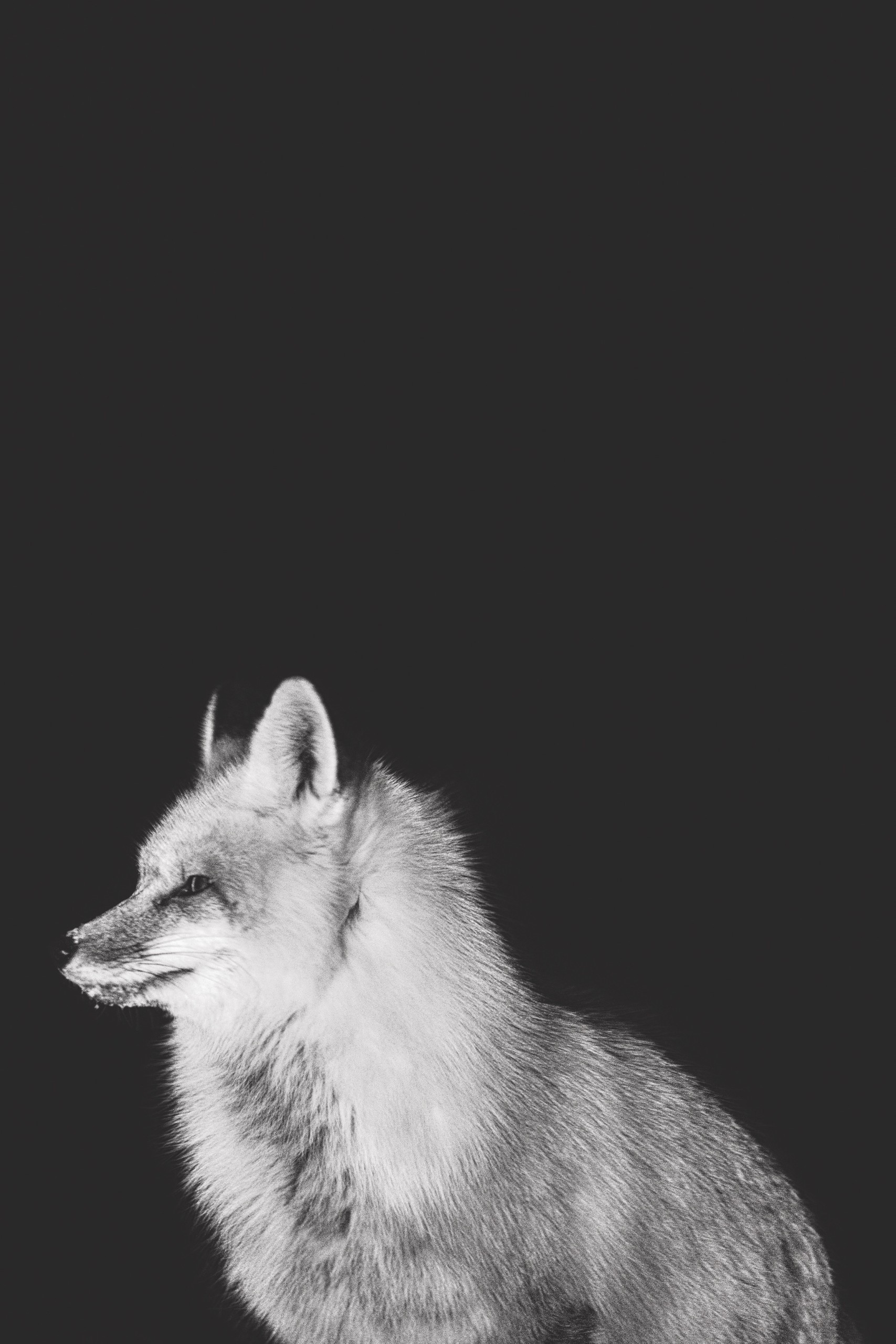 “When I try to show everything, I show nothing,” says Sperry. As a result, his compositions are distilled down to the simplest shapes of light and dark. Only the essential makes it into the frame.

“One day I realized I was hiding behind the camera,” says Sperry. “I was capturing the most vulnerable moments of peoples’ lives, but I wasn’t part of it.” The realization sent him on a journey of self-discovery and growth. Around 2015, he embarked on an “eye-gazing” experiment: he photographed people, shared 10 minutes of eye contact, then photographed them again. Without fail, the second image captured a different person. “There wasn’t always a smile, but there was this surrender,” says Sperry. “A letting go.” There, he found the bridge to his landscape work. 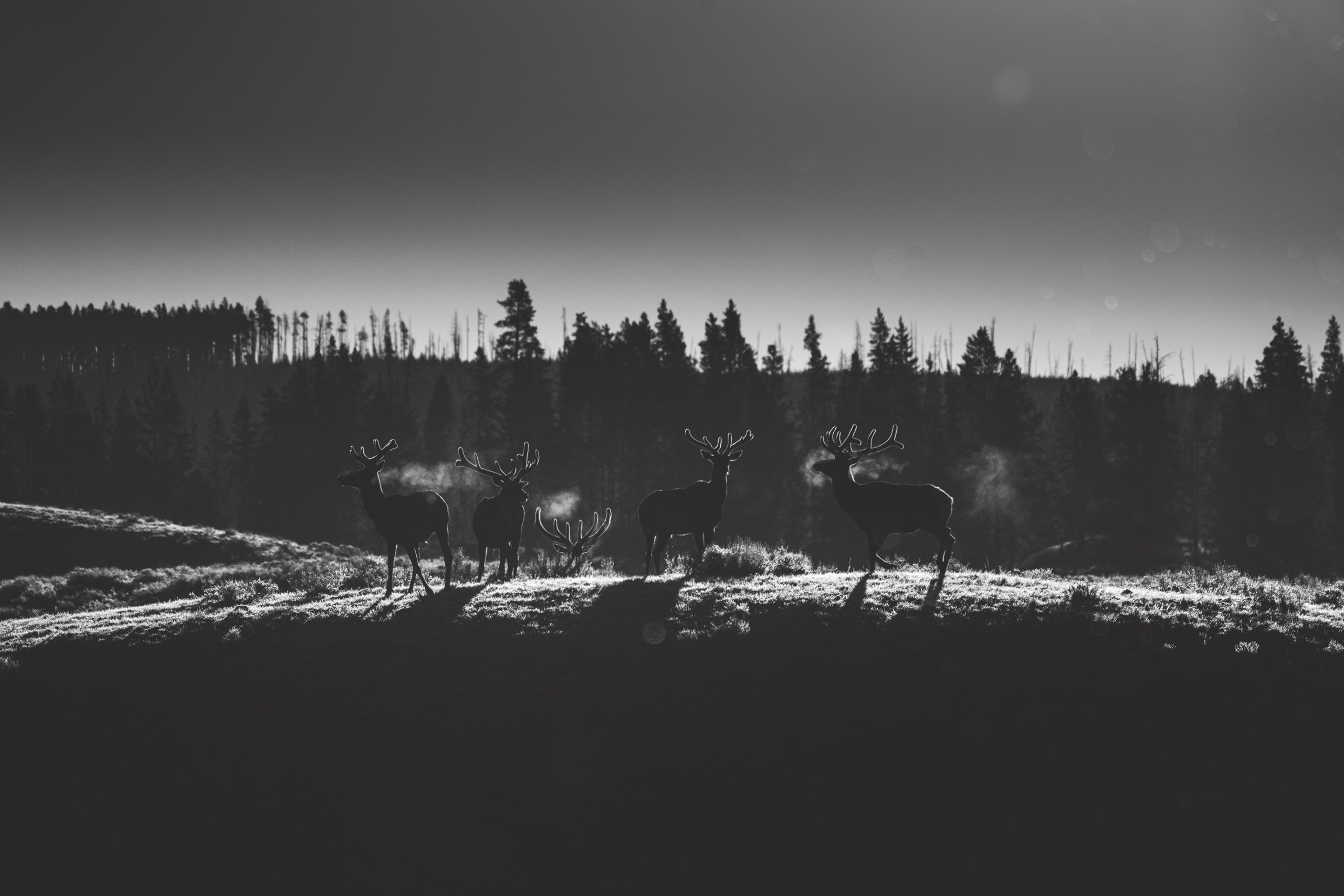 Sperry’s aim is for people to feel as much as they see. “We’re not separate,” he says. “We’re all connected. Nature can be a way of remembering that.”

Sperry’s newest photography documents the natural world, but it’s not always immediately clear what’s in each image. First, you’ll see the rich textures in each piece, the sweeps of light and dark. Then forms emerge—an elk’s shadow, a mountain ridge, a line of tracks in snow. The images capture parts of a whole, as if the focus is somewhere else. This is because Sperry’s subject has never changed. His work is still an invitation to surrender, to let go of the walls that separate us from one another, from the natural world and from ourselves. Sperry may return to photographing people one day with a more naturalist, humanitarian perspective, but the subject will always be, in the artist’s words, “The viewer, looking inward.”