"To those who are enthralled by the mountains, their wonder is beyond all dispute.”

Last week, Mountain Living sponsored the debut of a new beautiful film Mountain in at the Esquire Theatre in Denver. Narrated by Willem Dafoe, the movie serves as a poem to mountain living, with astonishing cinematography, a beautiful music score by the Austrailian Chamber Orchestra and a script taken from Robert Macfarlane’s memoir Mountains of the Mind.

Mountain Living invited friends and family to the event, and they gave the film rave reviews, although some admitted to closing their eyes during some of the climbing footage! Warning: The film is not for the faint-hearted or vertigo sufferers. 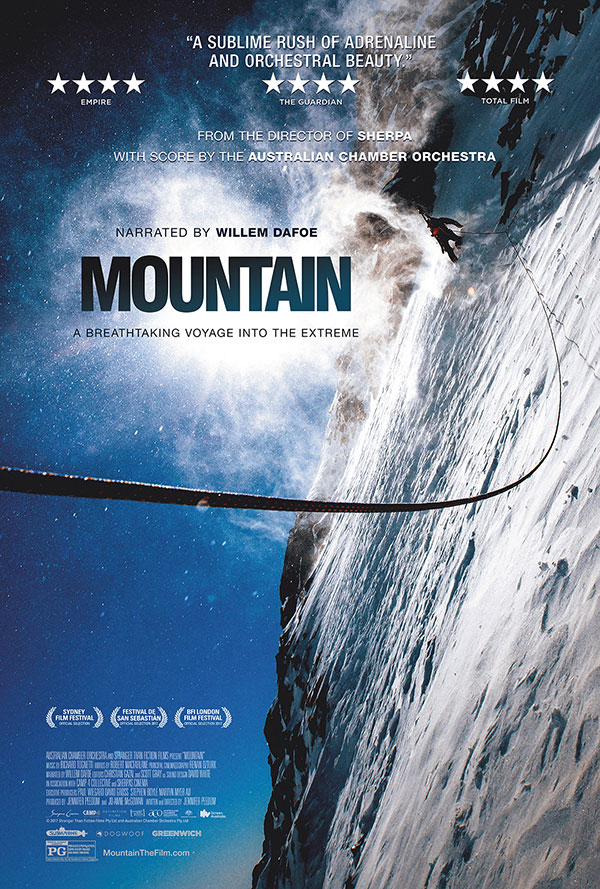 Whether we enjoy mountains by sitting on the deck and watching the sunset, by climbing a fourteener or by watching a movie set in the mountains, to quote the film: “To those who are enthralled by the mountains, their wonder is beyond all dispute.”

Below is a list of my favorite mountain movies for a rainy day.

​​To see the Mountain trailer, read a Q&A with the film's director, and enter to win two run-of-engagement passes to watch the film, visit The Perfect Film for Mountain-Lovers.