When the Ritz-Carlton, Lake Tahoe approached San Francisco designer Jay Jeffers to outfit a few of its new luxury residences—a sort of “Million Dollar Decorators” version of home staging—the owners had just one unwavering guideline: “We wanted the furnishings to be so beautiful, people would be tempted to steal them,” says Stuart Cramer, president of the Kennedy Wilson residential investment group, which owns the property.

Naturally, this kind of modus operandi is a designer’s dream. However, to appeal to the Ritz’s desired demographic—young active families who would make use of the slopes right outside their door—going the route of rustic mountain lodges felt a bit too traditional. “We went for understated
elegance and lots of cool factor,” Jeffers says. 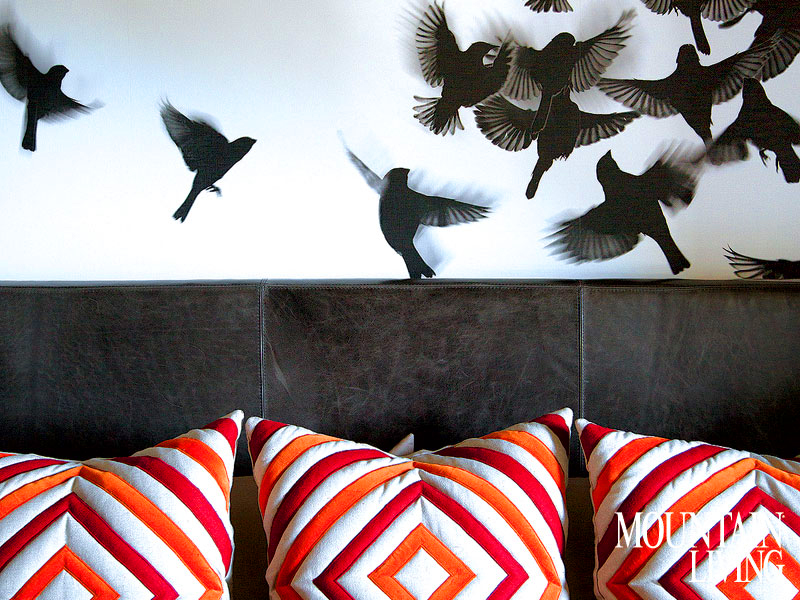 The designer decked out the three model units—sun-bright rooms with 20-foot ceilings and IMAX-quality views of the Sierra Crest and Martis Valley—with graceful upholstered seating, contemporary wool rugs (no bear skins) and industrial lighting (chains and orbs, no rawhide lampshades). “Cool factor” took the form of, among other things, wallpaper by Andrew Martin that cheekily depicts a stack of firewood and chalkboard walls emblazoned with fun campfire sketches. The color palette isn’t typically of-the-mountain, either: Gray, rather than brown or beige, was the baseline neutral (“It works better with Tahoe light,” explains the designer), with vibrant interjections of red and orange.

True to Cramer’s wishes, everything—from the modern art on loan from Dolby Chadwick Gallery in San Francisco to the striking charred-wood coffee tables to the design ideas themselves—is worthy of thievery. So far, nearly 40 percent of the residences have sold, which isn’t too shabby considering the 23 units, priced from $1.25 million to $5 million, were placed on the market within the last year. 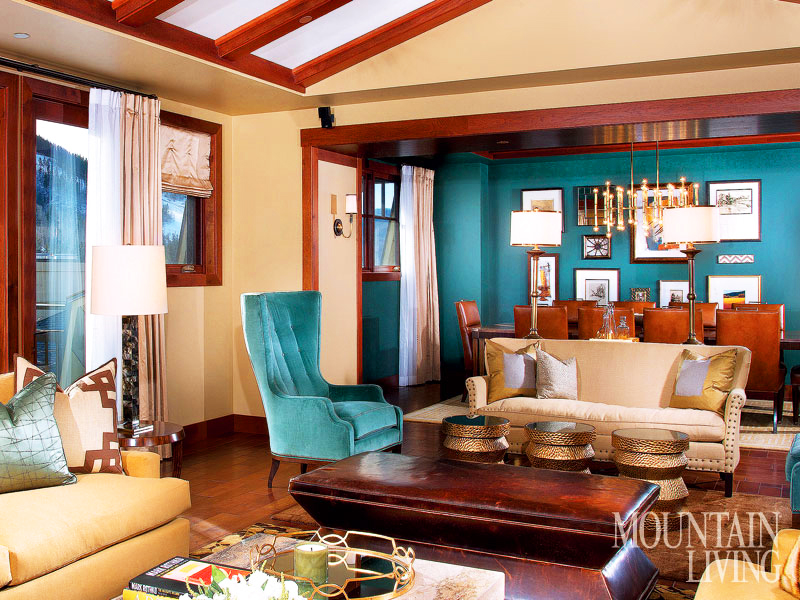 “Jeffers’ residences represent an evolutionary change in the industry,” says Cramer. To wit, designer tableaus are popping up in luxury resorts all over the country. Eddy Doumas of Avon, Colorado-based Worth Interiors put his touch on the Ritz-Carlton Residences in Vail, and award-winning Slifer Designs in Edwards, Colorado, primped a space at the Four Seasons Private Residences, also in Vail. The relationship between hotel and designer is a symbiotic one, notes New York- and London-based designer Philip Gorrivan, whose work can be seen at the Montage Residences in Deer Valley, Utah. 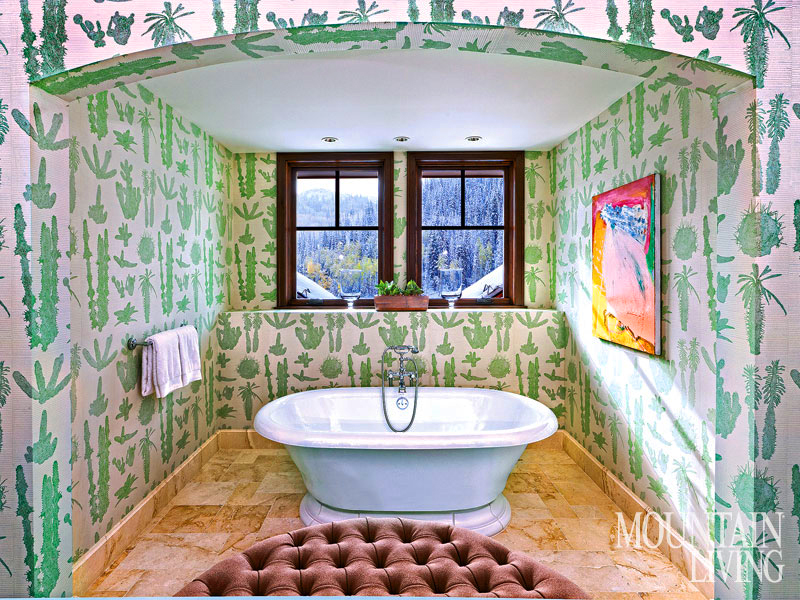 “The hotels benefit from the alchemy that designers can create,” explains Gorrivan, who collaborated with Ali Pincus, co-founder of the home-design flash sale website One Kings Lane, on what they dubbed a “high-altitude chic” space. “And designers have an opportunity to showcase their work to a larger audience with the hope that more opportunities develop in the future.”

In this case, Gorrivan got his wish. Within weeks of completing the design—think East Coast sophistication (classic furniture silhouettes, grown-up color scheme) meets the western frontier (Hopi prints in the family room, cactus wallpaper in the master bath)—the home sold to a Los Angeles family, who subsequently hired Gorrivan to infuse the space with their personal touches. Jeffers, too, has signed on new clients who admired his work at the Ritz.

Liza Salowey, marketing manager at the Montage Residences Deer Valley, isn’t surprised. “Buyers are moving away from the ‘lodge’ standard of snowshoes mounted on the wall,” she says. “The designer approach ensures the home is one of a kind.” 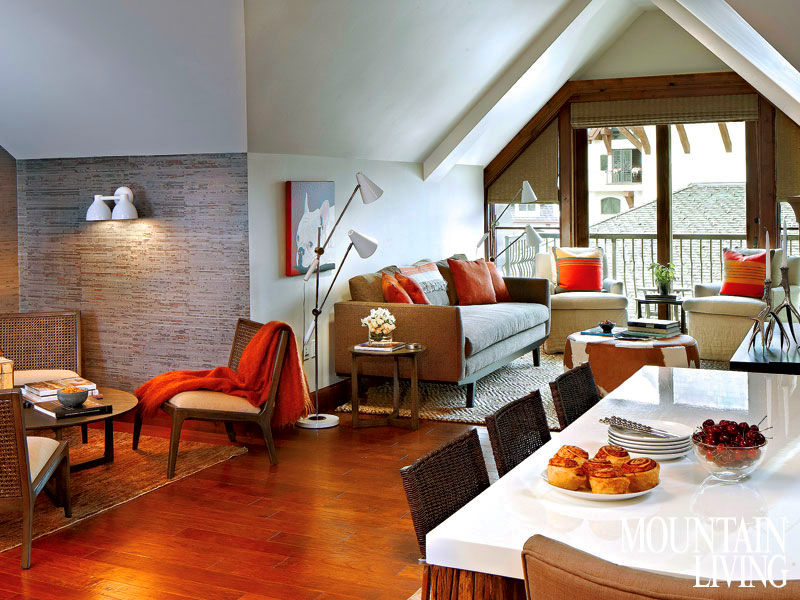 The Ritz-Carlton Residences, Vail, Worth Interiors