This colorful Wyoming outpost celebrates 125 years in the Old West 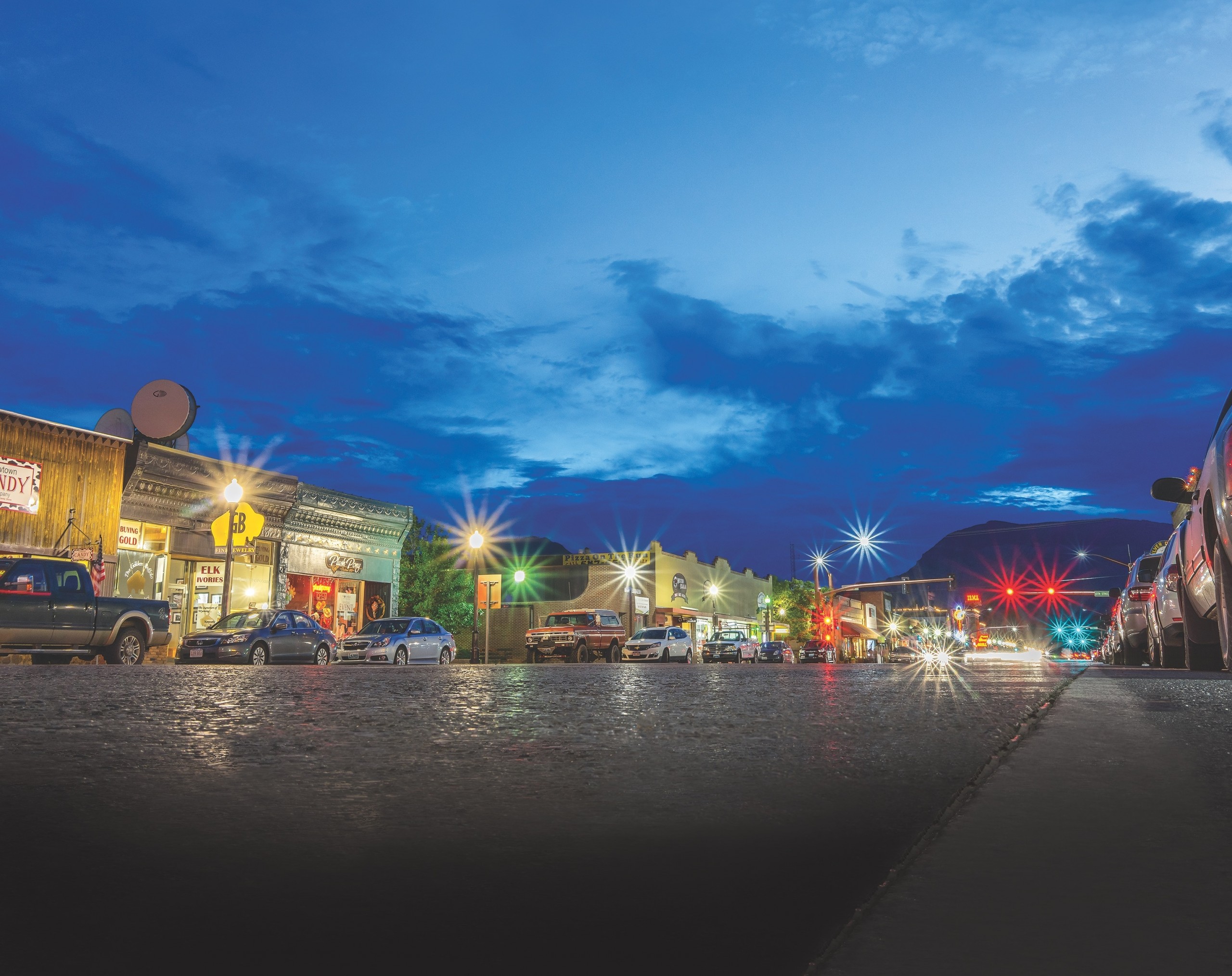 On Sheridan Avenue, the main street through town, many historic buildings have been preserved. | Photo courtesy of Park County Travel Council

Cody made headlines recently when rapper, singer, record producer, businessman, politician and fashion designer Kanye West purchased a nearby ranch for $7.7 million near this Wyoming town, population 10,000. After the news settled, Cody residents went about their business as usual; after all, the town has had many no- table characters in its 125-year history—beginning with its founder, William F. “Buffalo Bill” Cody. 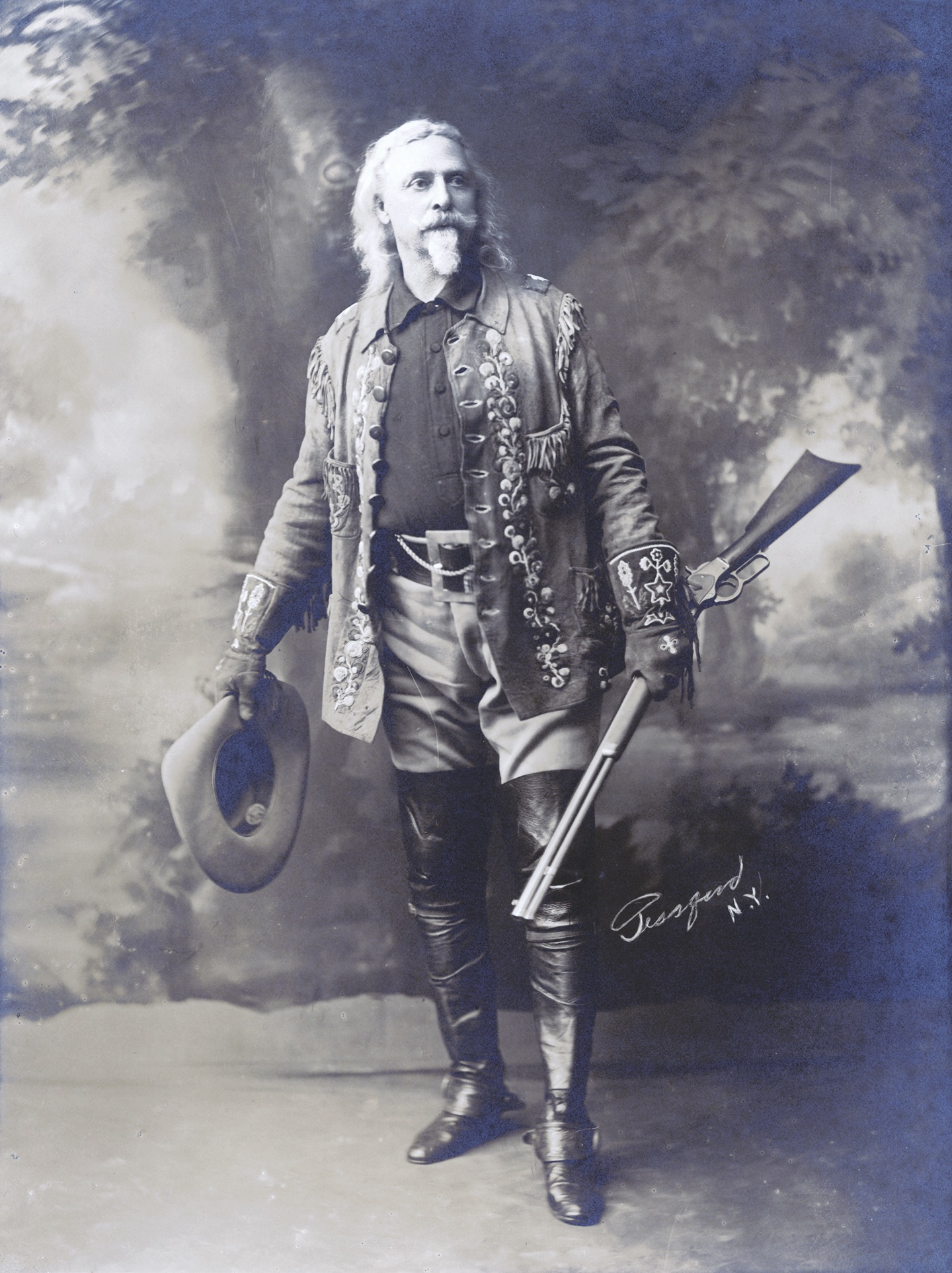 A frontiersman, promoter and entrepreneur, Buffalo Bill recognized there was money to be made from a new railroad line being built from Montana to bring tourists to Yellowstone National Park. All those travelers would need a place to stay, and he knew the perfect site for a town, a place with ample water and gorgeous scenery in the Bighorn Basin. Buffalo Bill formed a land partnership in 1896, and the town, fittingly named Cody, was incorporated in 1901. 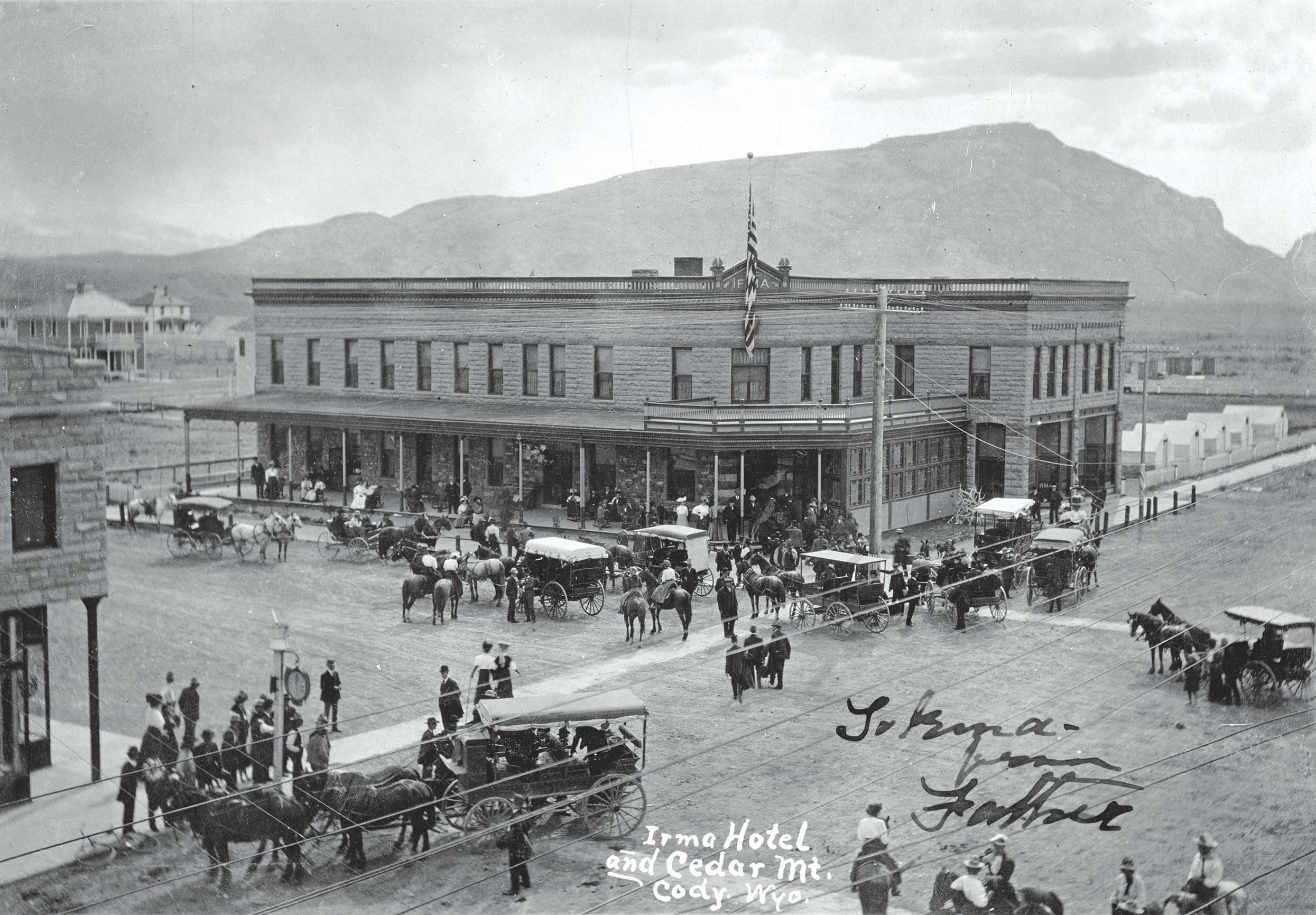 After traveling through Europe with his Wild West Show, Buffalo Bill was arguably the most famous American in the world at the turn of the century, and his name gave Cody instant credibility. He used his far-reaching connections to develop deals and business partnerships in the new town, and he built several hotels and lodges in the area including the Wapiti Lodge and Pahaska Tepee, as well as the Irma Hotel, named after his daughter. The historic hotel is still in business today on Cody’s Sheridan Avenue, the main drag through town. 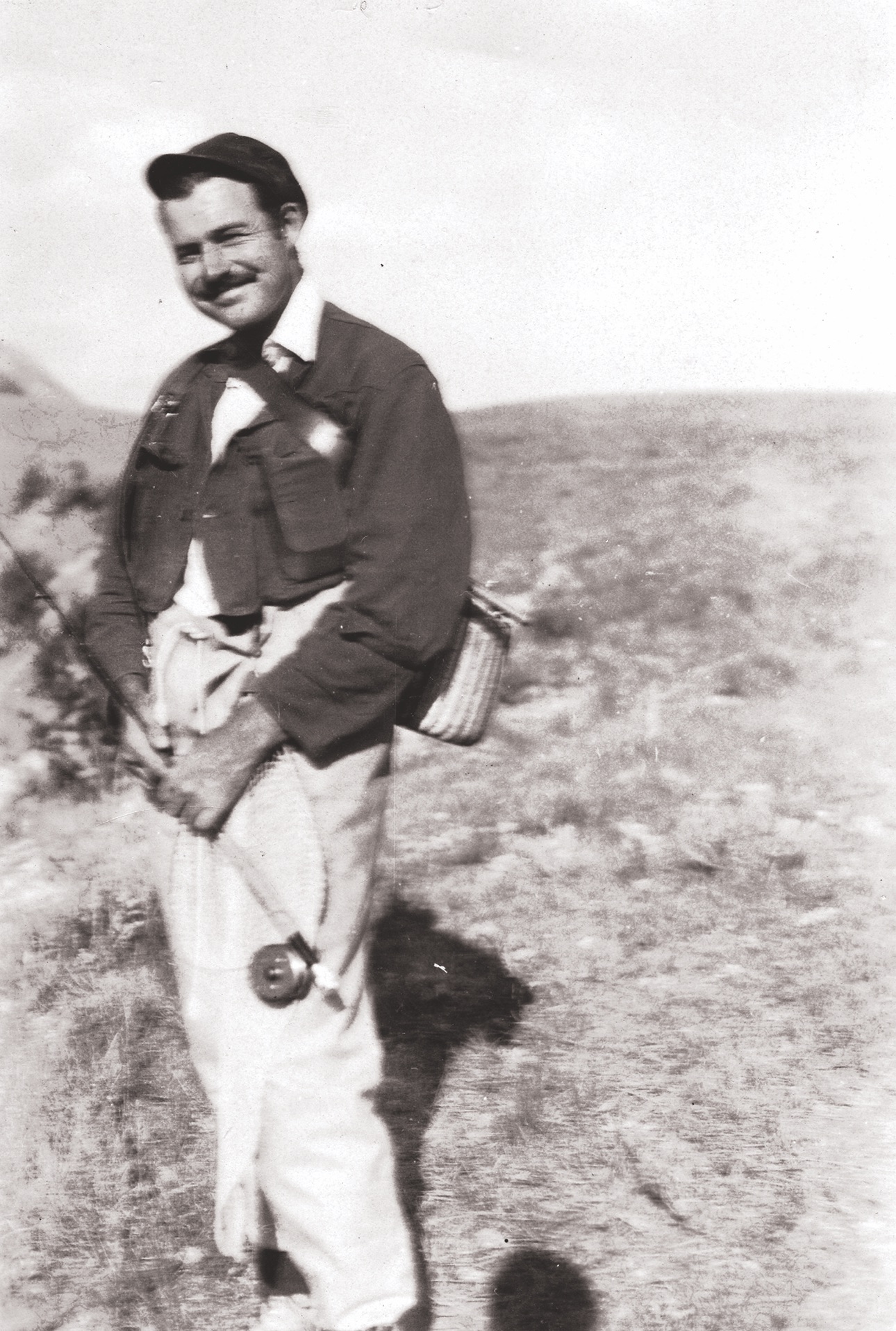 Ernest Hemingway came into Cody while staying at the L Bar T Ranch to pick up guests at the train station and once, to have his chin stitched up. | John F. Kennedy Presidential Library and Museum

Around the same time that the Irma was built, a Kansas woman, Agnes Chamberlin, opened the Chamberlin Hotel boarding house downtown on 12th Street in 1903. The hotel, with its convenient location and well-appointed rooms, was popular with actors, authors, politicians, opera singers, movie stars and tycoons, including Ernest Hemingway, who stayed there in 1932 on his way back to Key West, Florida, after spending the summer at the L Bar T Ranch near Yellowstone. Restored and renamed in 2005, the lovely Chamberlin Inn was re-created as a boutique hotel, and Hemingway’s signature on the hotel register is on display for guests to view. 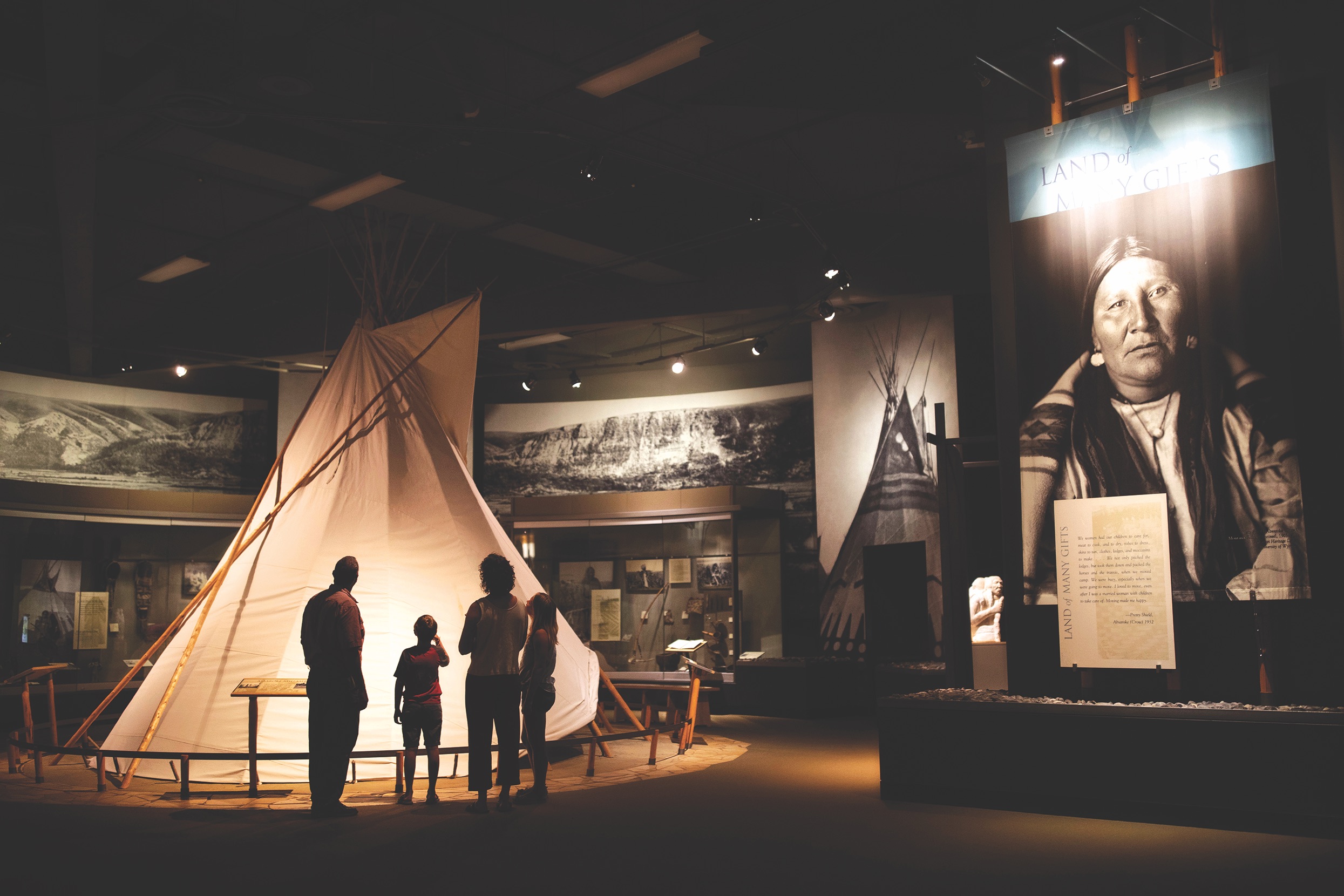 Early in Cody’s history, a forward-thinking group of citizens realized the town’s special place in Western history, and in 1927, ten years after Buffalo Bill’s death, the Buffalo Bill Museum was launched in a one-level building modeled after the showman’s home on the Shoshone
River. Collections were eventually moved to the Buffalo Bill Center of the West, a complex of five separate museums and a research library in the heart of town, including the Plains Indian Museum, the Cody Firearms Museum, Draper Natural History Museum, Whitney Western Art Museum and the Buffalo Bill Cody Museum—a tribute to the town’s founding father. 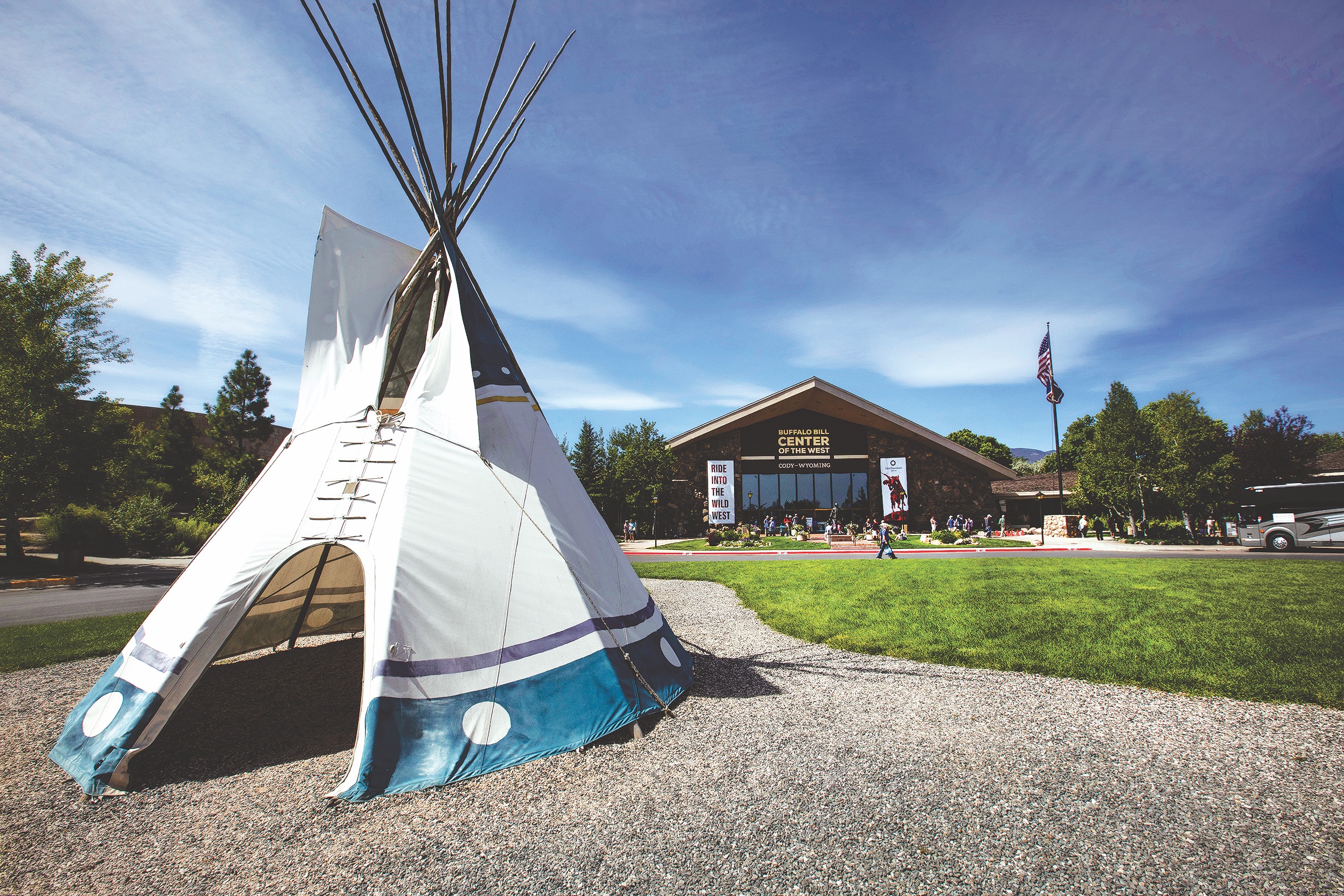 Although steeped in rich history, today Cody is a modern Western town, complete with telecommuters, coffee shops and art galleries on Sheridan Avenue. Kanye West’s ranch purchase may have stirred up interest in the little outpost, but this town is experienced when it comes to notable characters, and who knows, perhaps one day there will be a museum exhibit dedicated to Kanye. 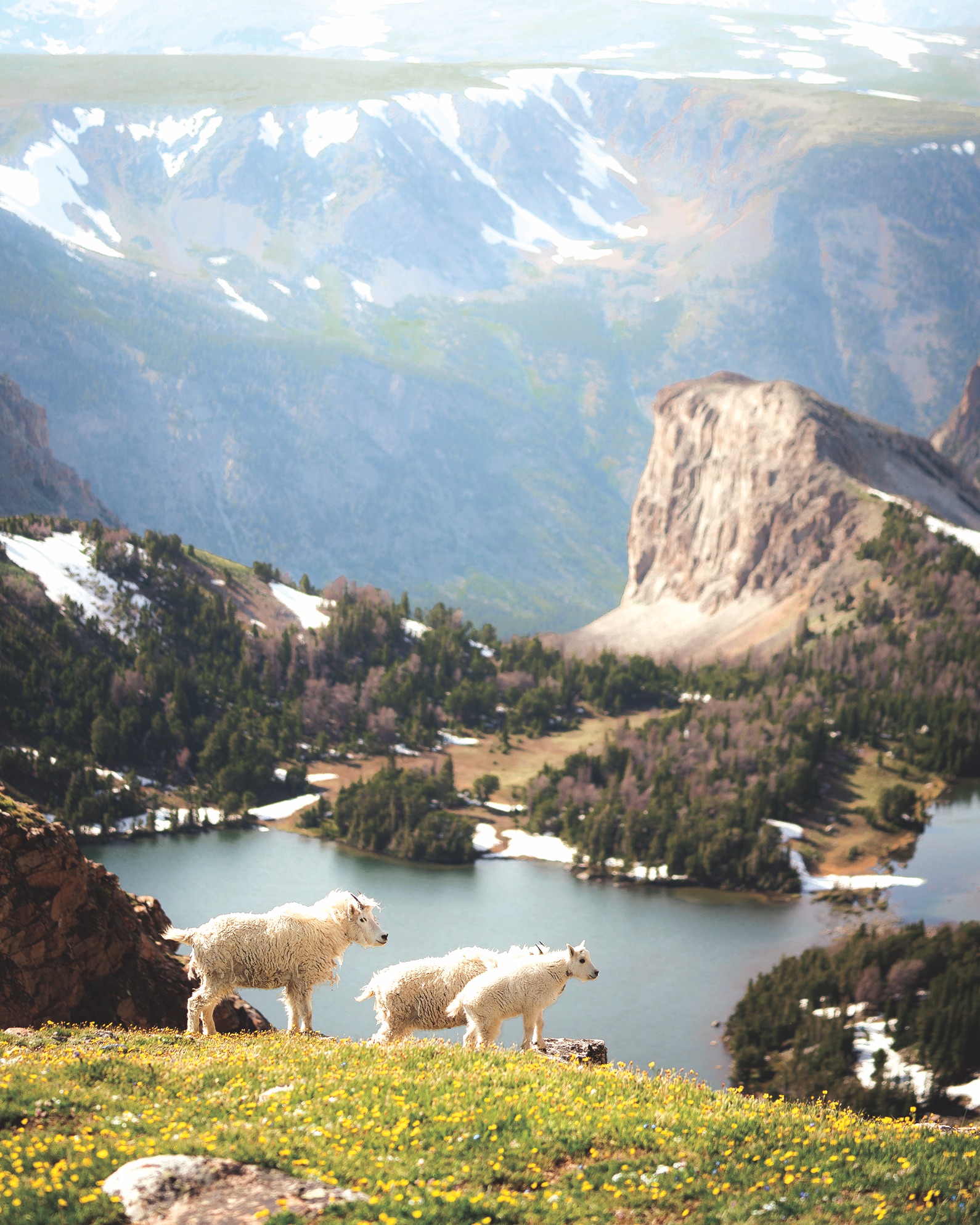 The rugged country outside Cody is home to mountain goats, elk, deer, black bears and grizzlies—the wildlife and fishing were a few of the reasons Ernest Hemingway stayed in the region. | Photo courtesy of Park County Travel Council

For those driving, don’t miss the spectacular Chief Joseph and Beartooth Scenic Highways. 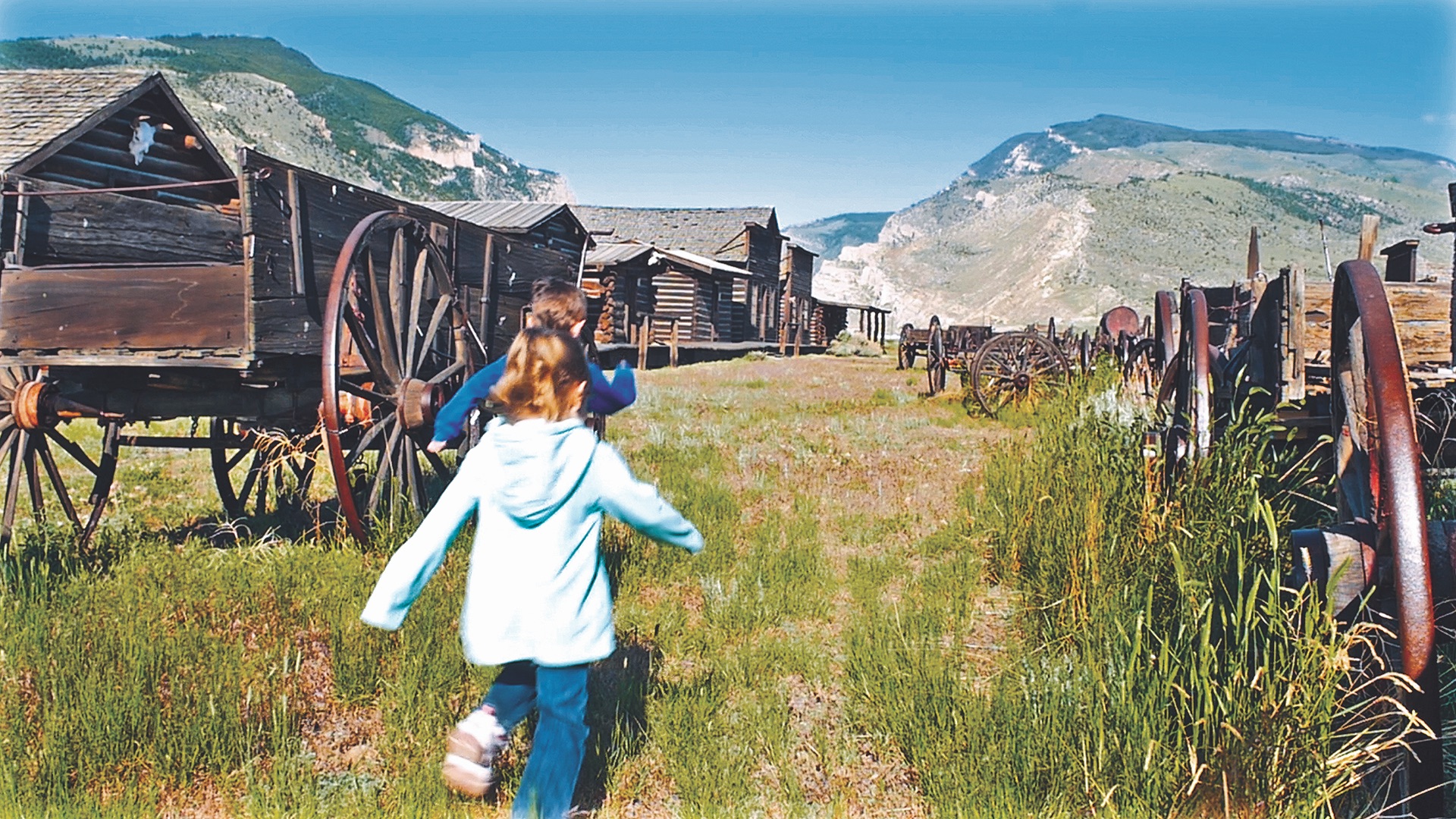 Children enjoying a glimpse into the past at Old Trail Town. | Photo courtesy of Park County Travel Council

THE WILD WEST ON DISPLAY

Buffalo Bill Center for the West is located at 720 Sheridan Avenue. For hours and special events visit centerofthewest.org.