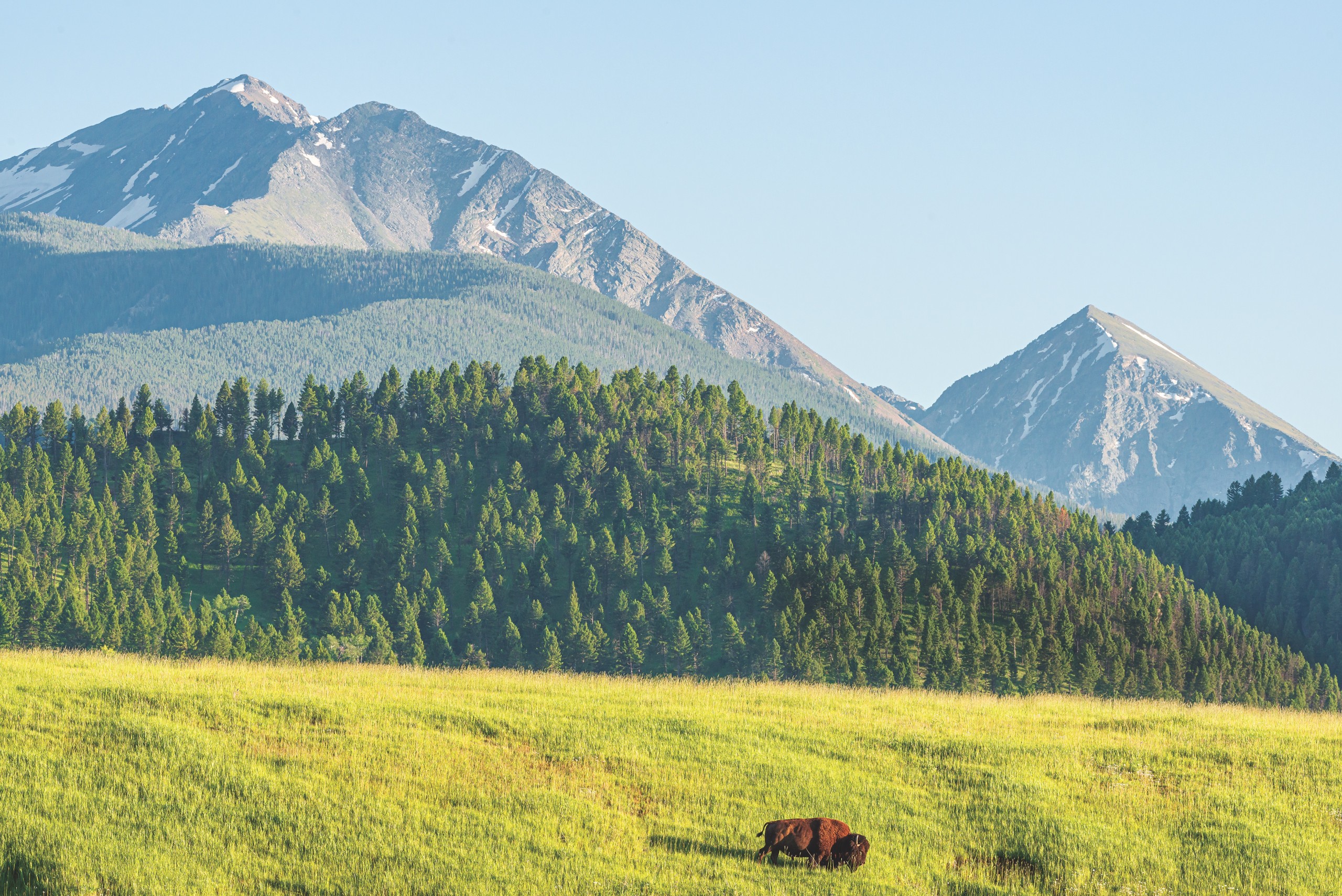 An eloquent Western image snapped by photographer Audrey Hall for Bison: Portrait of an Icon, the new book she co-authored with her frequent collaborator and longtime friend, Chase Reynolds Ewald.

The best collaborations have a special kind of alchemy. Sure, friendship matters; but it’s much more than that. In a true fusion of talents, each partner balances and respects the other, staying agile and agreeable as setbacks inevitably arise. And in the end, they forge something shiny and new—or in this case, furry—to surprise and delight the world.

Yes, Chase Reynolds Ewald and Audrey Hall have done it again. The two highly regarded Western storytellers have summoned their magical chemistry to produce a gorgeous new book, Bison: Portrait of an Icon.

It follows six other books they’ve created together for the Utah-based publisher Gibbs Smith over the past dozen years, celebrating rustic and modern Western food, architecture and interior design. 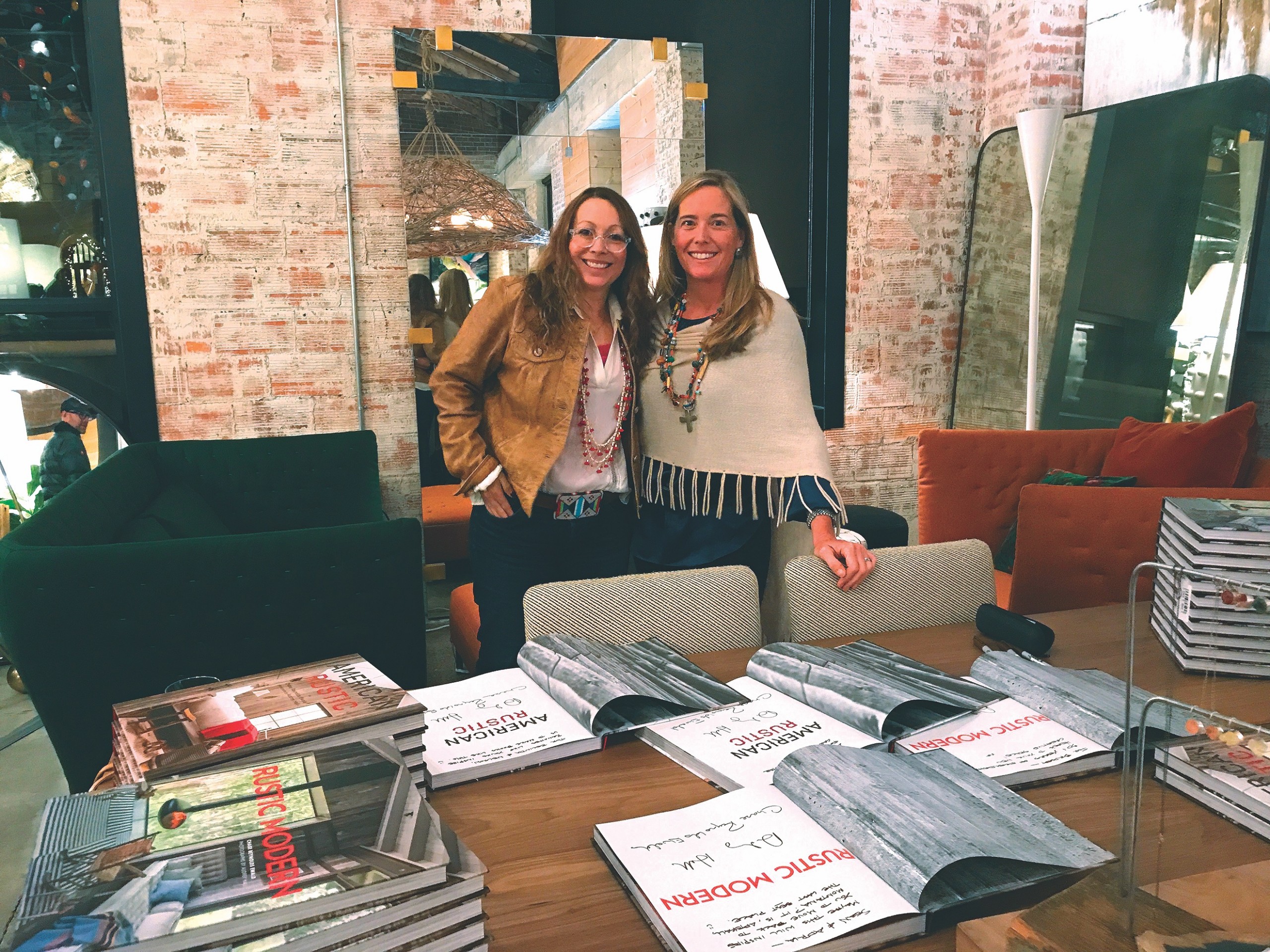 While this new volume departs from their usual stylistic territory, it’s also a natural outgrowth of their long-standing fascination with the American West.

You’d never guess, but both authors got their start a long way from the tumbleweeds and Tetons.

Hall’s exquisite, up-close photos of bison allow readers to ponder both the surface and the soul of these resilient creatures. As Ewald writes in the book’s pages, “Bison came within a horn’s width of disappearing forever, and this makes their comeback all the more remarkable.”

Ewald is an accomplished writer, editor and photographer who grew up in a leafy Connecticut suburb where country clubs and manicured lawns provided a playground for the families of CEOs. She began riding horses at age 7 and fell in love with ranch life during childhood trips to Colorado and Wyoming. By age 18, Ewald was working her first dude ranch job as a wrangler on a historic ranch outside Cody.

“I’ve found ways to make the Mountain West part of my life ever since, working on ranches and for backcountry outfitters during college and graduate school, running a nonprofit guest ranch for eight years in Wapiti, Wyoming, and writing about the region,” Ewald says. “I think there’s a sense of exhilaration and freedom I get from being in the wide-open spaces of the West and among the mountains.” 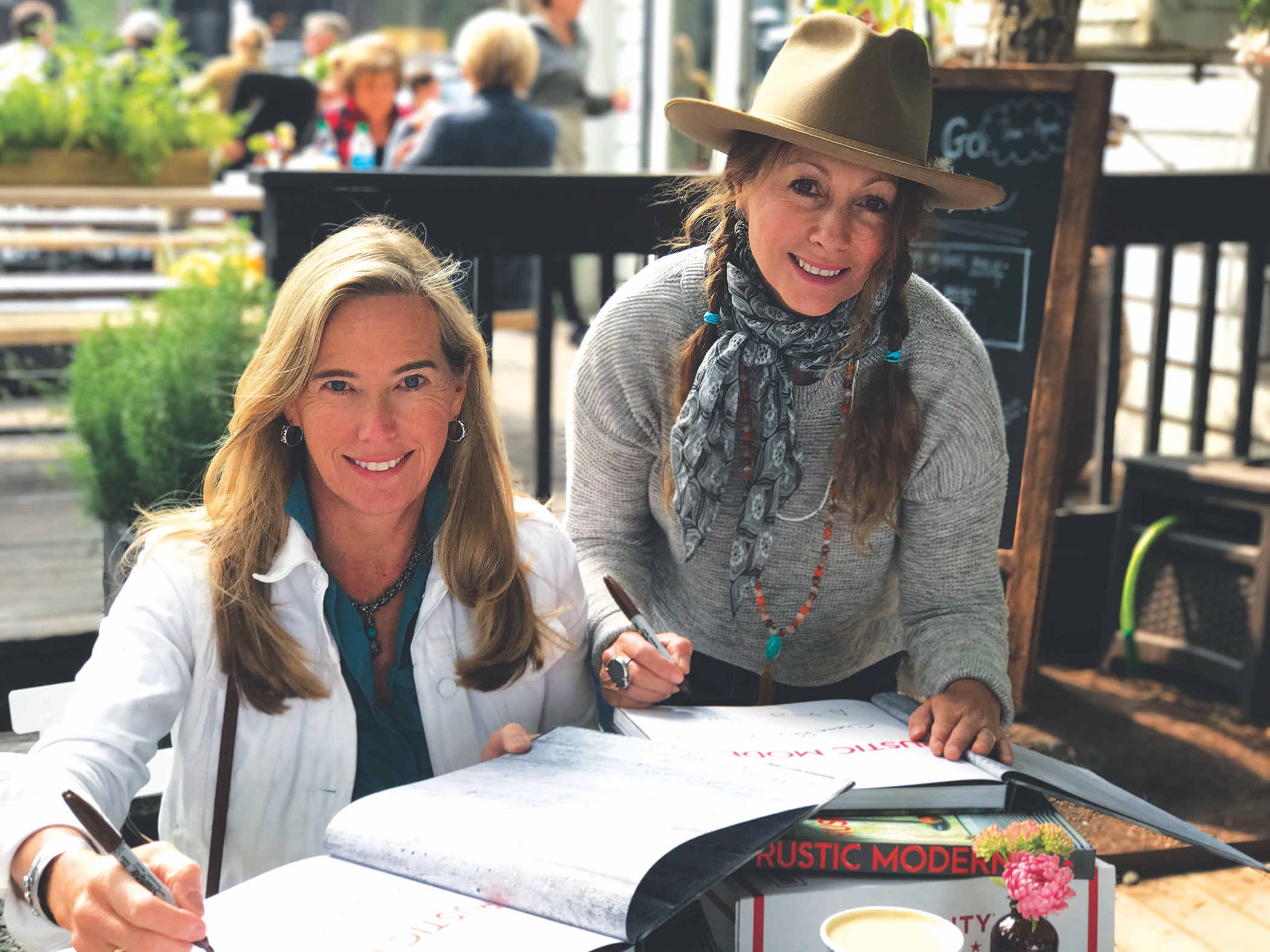 Audrey Hall is an acclaimed landscape, equine and architectural photographer, writer and musician. She was born in Brazil, but her multi-cultural family eventually moved to Michigan, where her father was a professor. They traveled to Montana each summer.

“I spent those summer days outdoors, hiking in the Beartooths, fishing in Yellowstone, exploring the areas around the historic mining towns,” she recalls. “I’ve always loved bison,” Hall says. “We had a cabin in Cooke City, which is right outside Yellowstone Park, and every night in summer my family would drive to Lamar Valley and have a picnic dinner with the bison.” 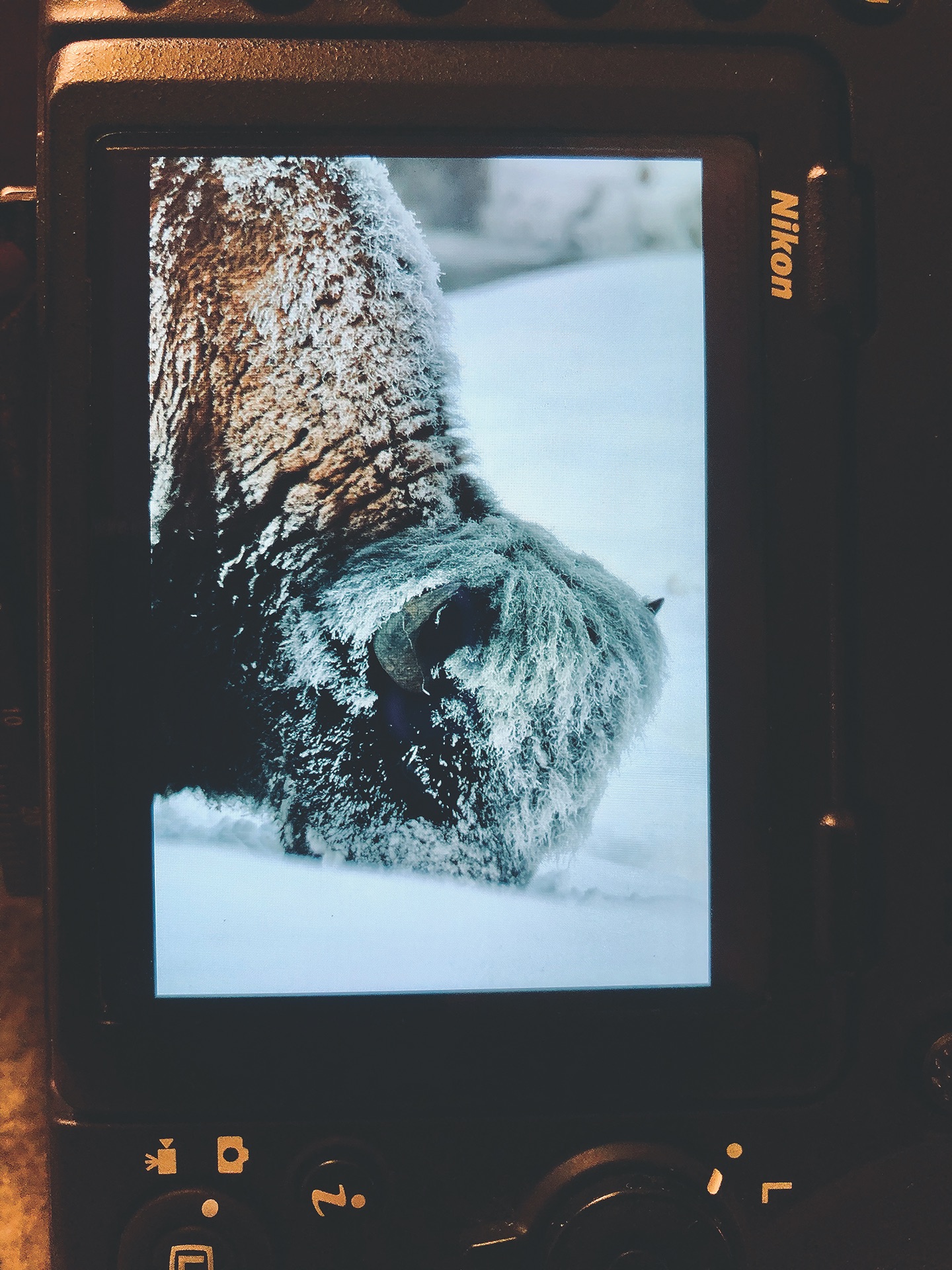 Hall reviews bison images to select for the book.

Food on the range actually inspired Ewald and Hall’s first joint book project: 2008’s New West Cuisine. Ewald was already an accomplished writer, but she described the experience of juggling both the words and photographs for her early book projects as “lonely and painful.” She dreamed of working with one great photographer the next time around.

That’s when she remembered Audrey Hall. The two had been on each other’s radar since they’d both worked for Western Interiors & Design magazine in the early 1990s, but Ewald was concerned that such a busy and talented photographer might not have the time or interest in collaborating on a book exploring the fresh culinary artistry of bakeries, restaurants and cafés across the Rocky Mountains. Fortunately, she was wrong. Hall was not only interested; she was downright eager. 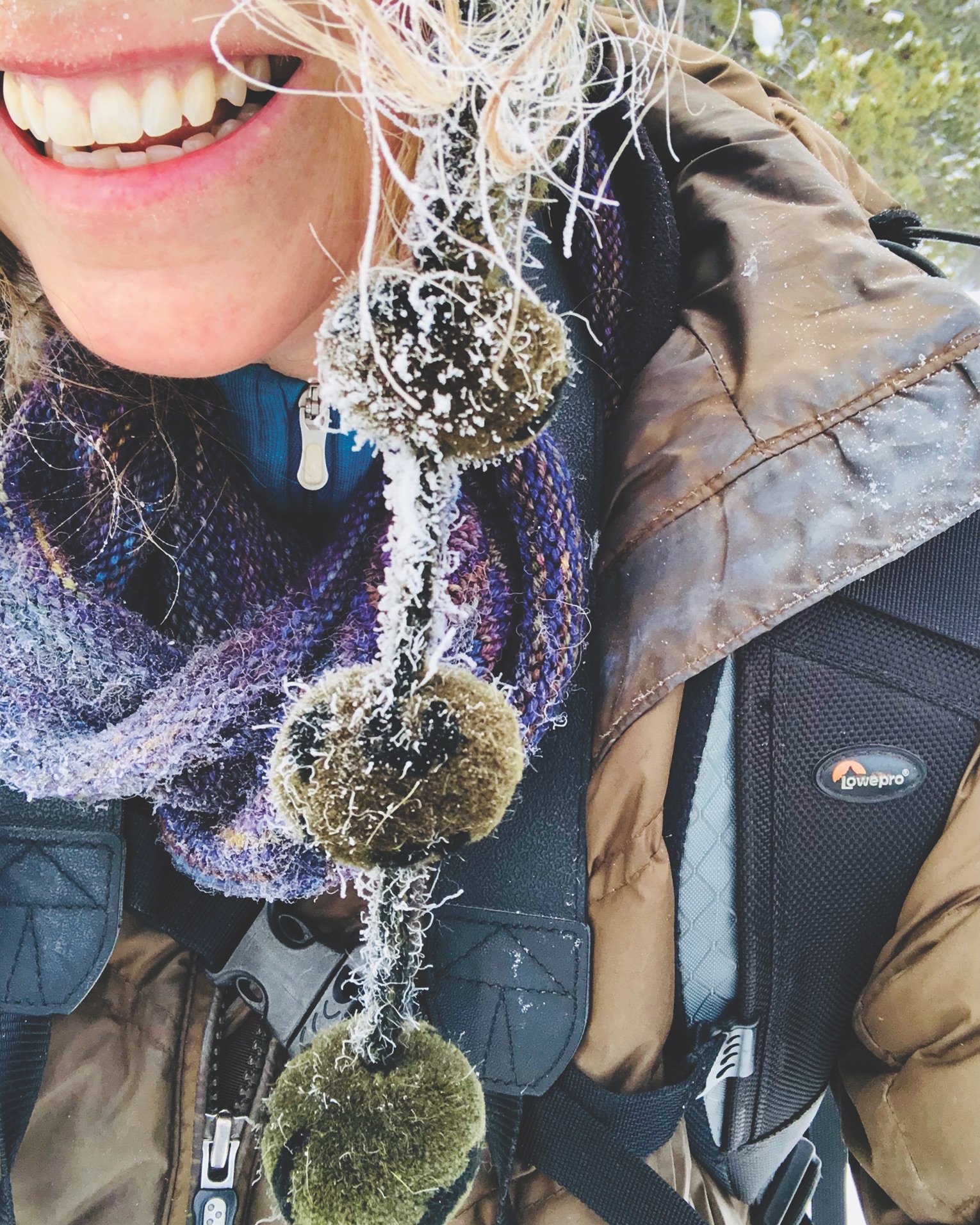 A little snow and ice doesn’t stop an intrepid photographer like Au- drey Hall. She ventured into Yellowstone National Park to follow the bison despite temperatures plummeting to 26 degrees below zero. In true Hall fashion, she kept on smiling.

“Chase is the best of the best,” Hall says. “I have a philosophy to work with people who are better than you are, because then it forces you to rise up.” Ewald agrees: “Audrey has such a generous spirit—so kind and friendly, interested in everyone and open—it’s wonderful to work with someone who has that kind of personality, paired with this incredible gift of artistry.” 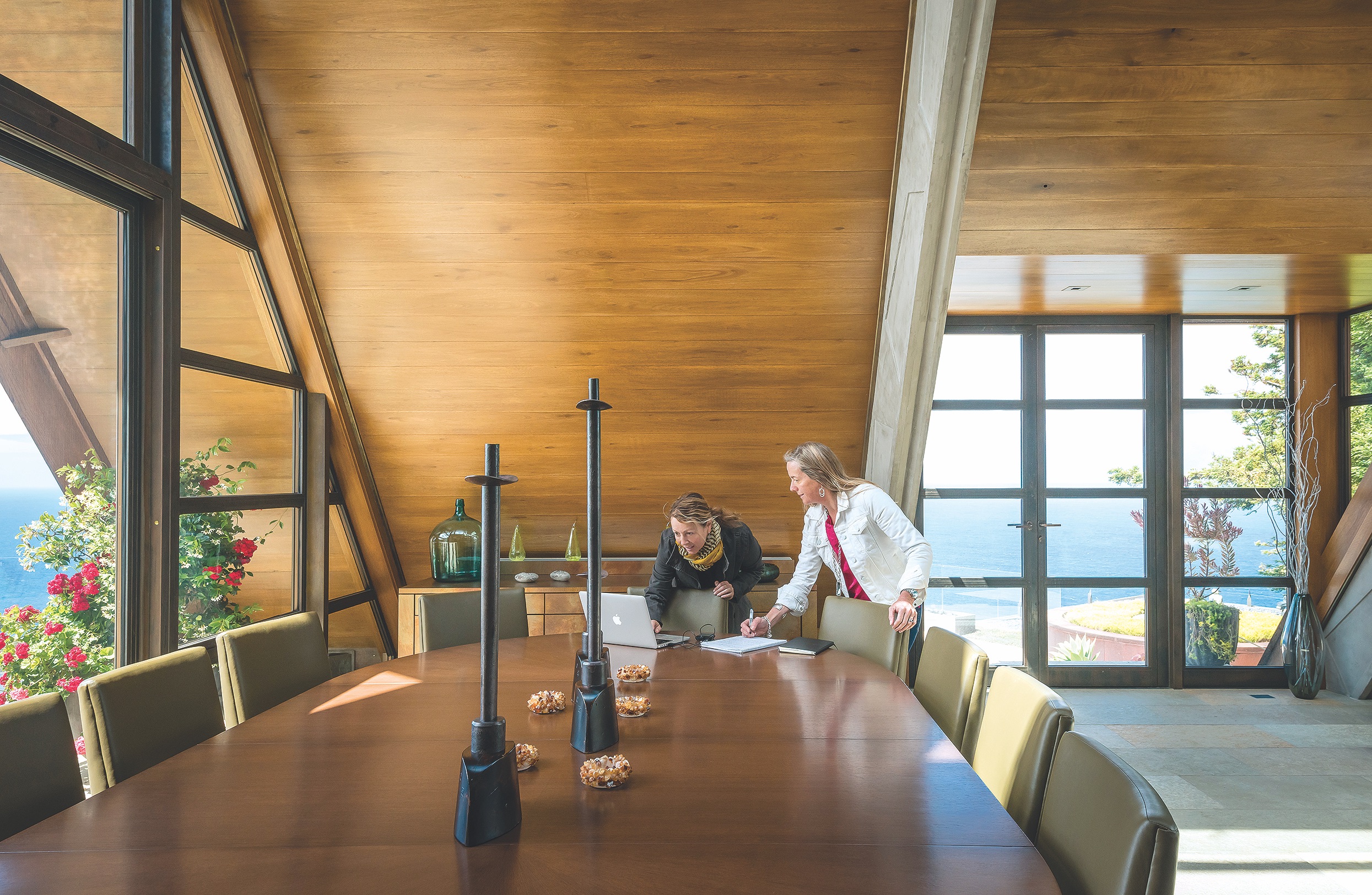 Hall and Ewald working together on location at a home in Big Sur, California, while researching and photographing their book Rustic Modern.

The New Western Home, published in 2009, opened readers’ eyes to an updated vision of Western architecture, design and living. American Rustic (2015) and Rustic Modern (2017) followed up by gathering coast-to-coast examples of homes graced with rugged elegance and innovative artisanry. Cabin Style, published in 2019, examined a dream-worthy selection of retreats, from ski chalets to wine country barns and fishing getaways.

And then a burly beast came barreling into their creative lives. While Hall was working on a bison photography project for Diamond 4D Ranch in Montana, she had a startling realization: Nobody had ever done a full-color coffee-table book about bison. That just didn’t seem right. 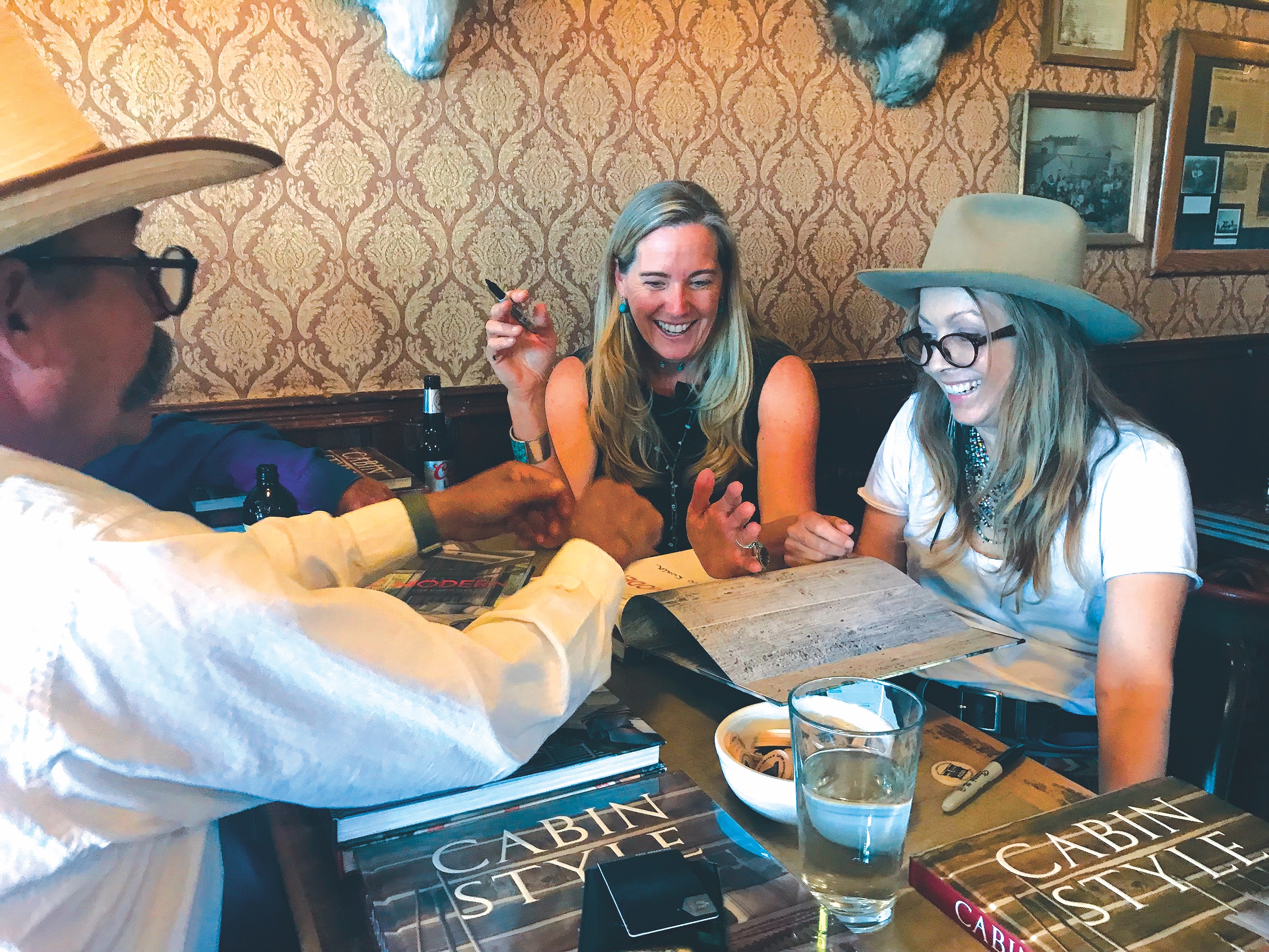 The authors signing copies of their book Cabin Style for fans at the renowned Old Saloon in Emigrant, Montana.

The beautiful solution to that problem is Hall and Ewald’s Bison: Portrait of an Icon. Instead of a conventional wildlife book, the authors decided to compose an art book with an inspirational tone.

Ewald’s poignant essay and Hall’s poetic images are joined by the voices of author and filmmaker John Heminway, and Henry Real Bird, a member of the Crow Nation and former poet laureate of Montana. 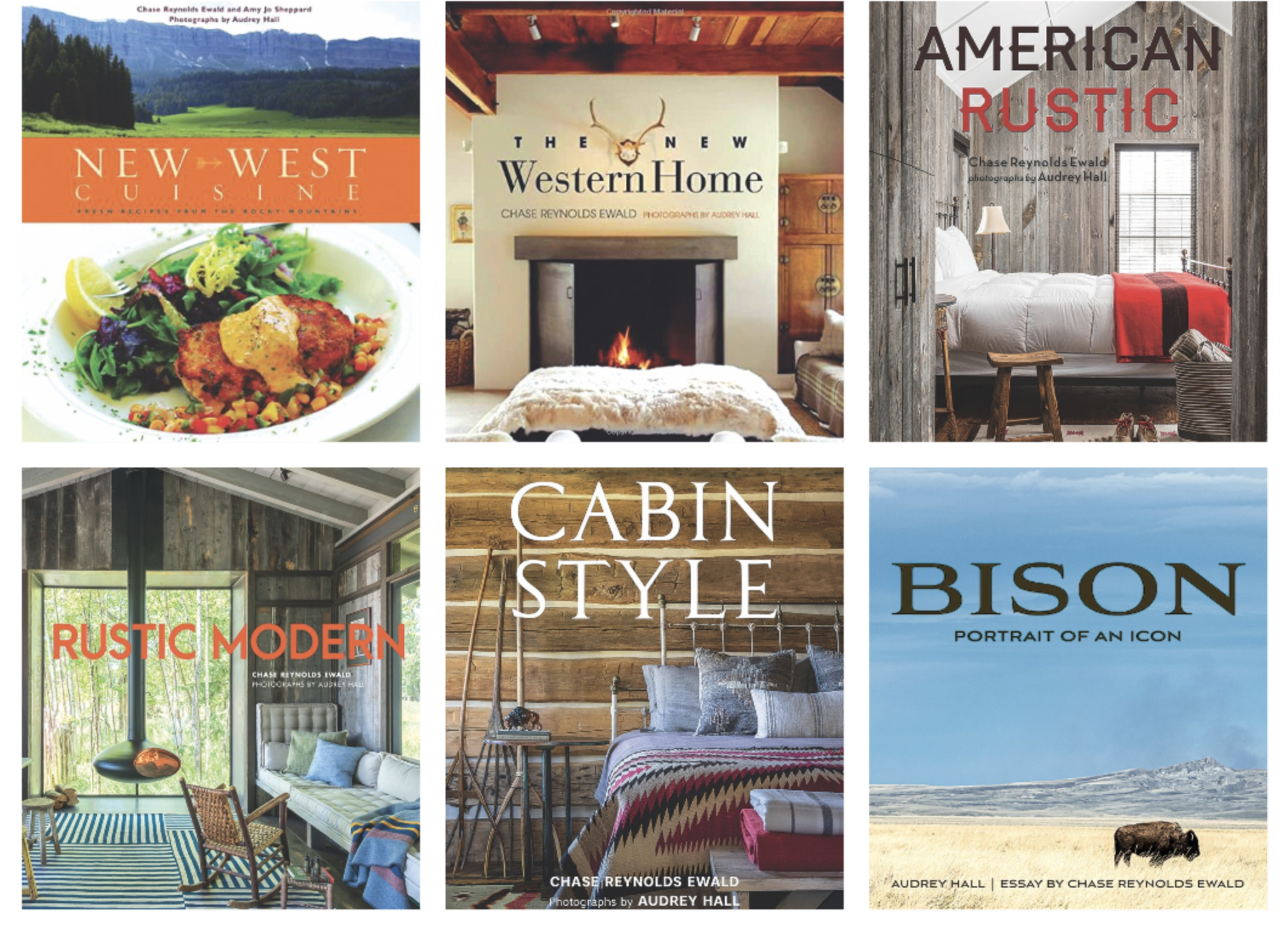 Six books and counting: The fruitful collaboration of Hall and Ewald has produced a series of beautiful volumes. Together they’ve explored New Western cuisine and home design, and showcased stunning examples of homes inspired by rustic, modern and cabin style. The latest addition to their illustrious bookshelf is Bison: Portrait of an Icon.

The powerfully moving book offers a deep meditation on the cultural and spiritual resonance, near extinction and hopeful resurgence of the American bison.

So, what direction will the duo’s next collaboration take? They confess that they don’t have an answer. But, as always, they’re in perfect agreement. “We know for sure that there will be one,” Hall says. “We’ll just have to have that long cup of coffee, and just play, and talk about different ideas.”