W. Averell Harriman, chairman of the board of Union Pacific Railroad, hatched a plan to create a new resort for stimulating U.S. train travel. His requirements: located somewhere near the Union Pacific line, a place where “the sun shines all day, the powder is dry, and harsh winds of winter don’t blow.” After scouting the country, he chose Ketchum, Idaho, and his Sun Valley Resort opened in December 1936.

A master promoter, Harriman invited business leaders, socialites and film stars to the resort—including Ernest Hemingway. The famous author fell in love with the area and its surrounding mountain peaks, verdant valleys and Big Woods River, eventually buying a house there with his fourth wife, Mary Welsh.

Ketchum has remained an unspoiled authentic community since Hemingway’s time despite becoming a world-class ski resort town. Sit down at any of the local restaurants and you’ll hear people talking about the high school basketball game or recent hay crop. 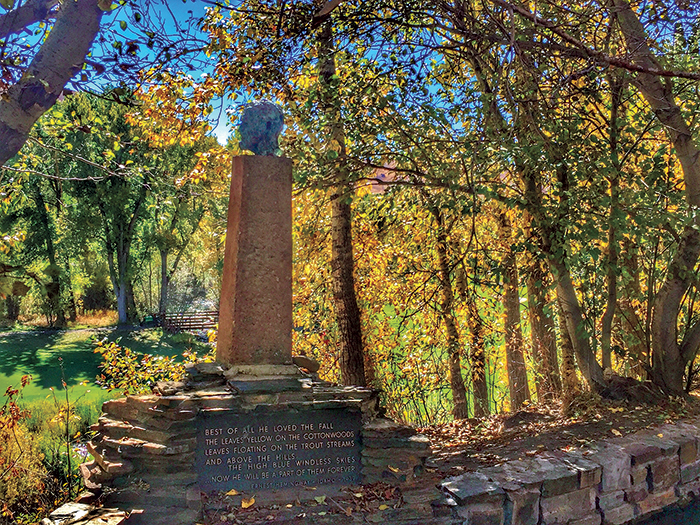 The Hemingway Memorial on Trail Creek Road pays tribute to the master writer.

Hemingway wrote a eulogy for a Ketchum man that included the line “Best of all he loved the fall,” a sentiment Hemingway shared, as do the many visitors in autumn months. The trees on surrounding mountains turn gold, temperatures are mild and it’s a time of embracing community and fun as the town prepares for winter, packing in as many activities and festivals as possible before the snow flies. 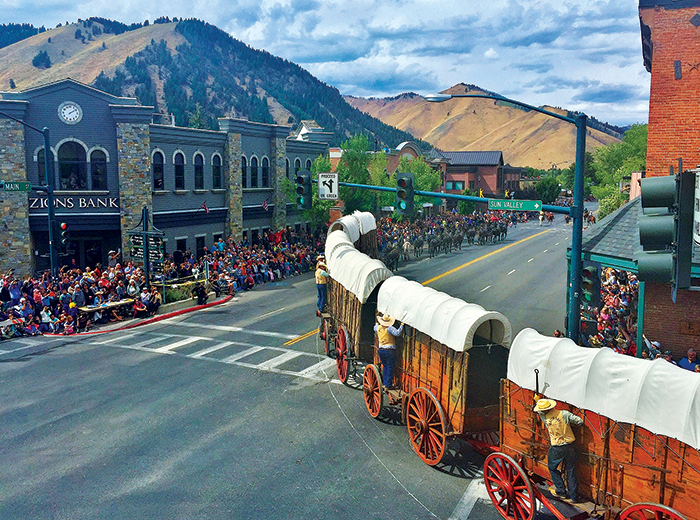 Anything without a motor goes at Wagon Days, the largest parade in the country without motorized vehicles. 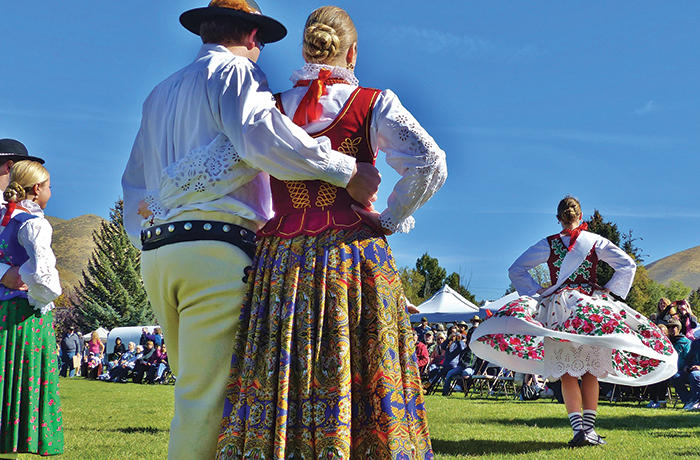 Performers at the Sheep Folklife Fair and Lamb Fest. 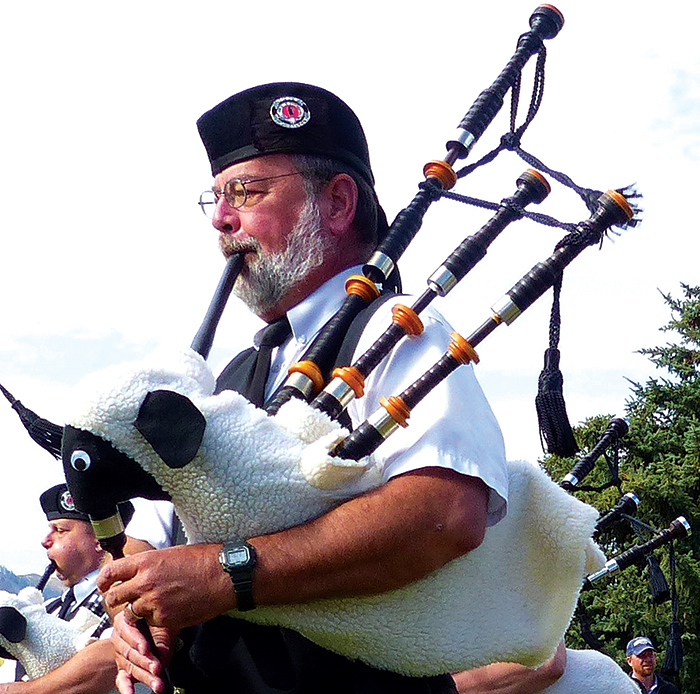 Bag pipe performances are a colorful part of festival entertainment. 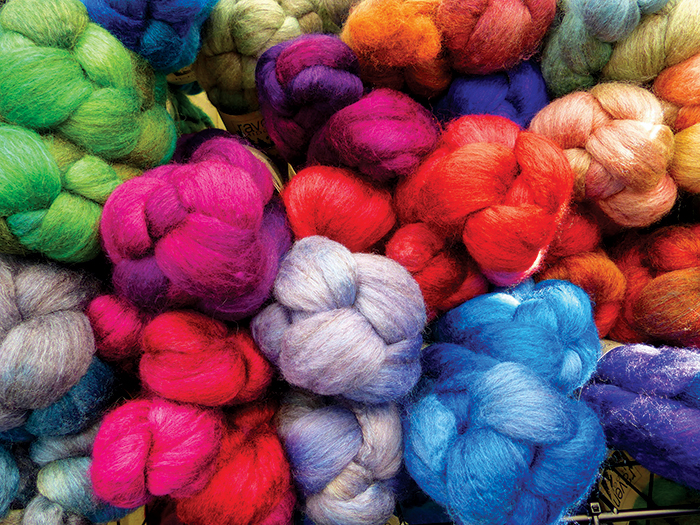 Trailing of the Sheep events include classes about working with wool, from drop spindle spinning to taniko finger weaving.

TRAILING OF THE SHEEP
October 10-14

Honoring Idaho sheep ranchers and herders, the Trailing of the Sheep Festival celebrates the rich cultures they bring to the community. USA Today named it one of the “Top 10 Fall Festivals in America” for a reason—where else can you find the spectacle of thousands of sheep trailing down Main Street? Events during the four-day festival include a parade, a culinary festival, craft classes and not-to-be-missed sheep dog trials.