At Home in a Timeless Ski Cabin

A gem of Summit County history sparkles with new luster

If the log walls of this Colorado cabin could talk, they’d have many a tale to tell. The story starts in 1966, when Barbara and Don Rathbun built the small home on the banks of the Snake River, deep in the woods of Summit County. Barbara’s brother, Bill Bergman, had his own rustic cottage about a mile away, and, little did they know at the time, both cabins sat beside mountain slopes that would become part of the Keystone Ski Resort when it opened in 1970. Bergman, in fact, was named Keystone’s first president, so it only made sense to charm prospective resort investors with visits to his family’s mountain cabins.

The lost-in-time appeal of the Rathbuns’ log cabin was still powerful when the current owners discovered it 11 years ago. “You cross the river and you see this massive forest and the little cabin,” the homeowner explains. “It is so compelling.” She and her husband decided to purchase not only the cabin but a sizeable acreage surrounding the home as well.“We knew when we saw this property that we would like the opportunity to be good stewards of these natural resources, and that included a desire to also be good stewards of the original cabin.”

They enlisted architect Michael Shult of Frisco to lead the renovation. “We wanted to keep the original log structure and character intact as much as possible while making the home safer and more livable,” Shult explains. Their plan included adding windows, plus a master bedroom suite and garage, while also updating the kitchen and bathrooms.

Lauren Ruehring of Frisco-based Kitchenscapes, helped blend the old with the new. “Our team worked closely with the homeowners to select wood species, cabinetry door styles, stains/glazes and distressing to complement the original cabin,” she says.

Right from the start, they knew it wouldn’t be easy. Because the county required a 50-foot setback, they had to obtain a variance prior to construction. And then there were a few unwanted guests: “The original rock-and-mortar foundation allowed mice and bats to freely use the cabin,” the homeowner ruefully explains. Shult’s clever solution—raising the cabin on a concrete foundation—prevented future pest invasions, and it created space for higher ceilings on the ground floor. It also meant they could keep the original log walls and ceilings, made from lodgepole pines harvested on-site, with beams crafted from old mining supports.

Two years after breaking ground, the expanded and tastefully modernized cabin was complete. And, just like old times, it still charms the visitors: The “new” cabin won the People’s Choice Award at the 2016 Summit County Parade of Homes. 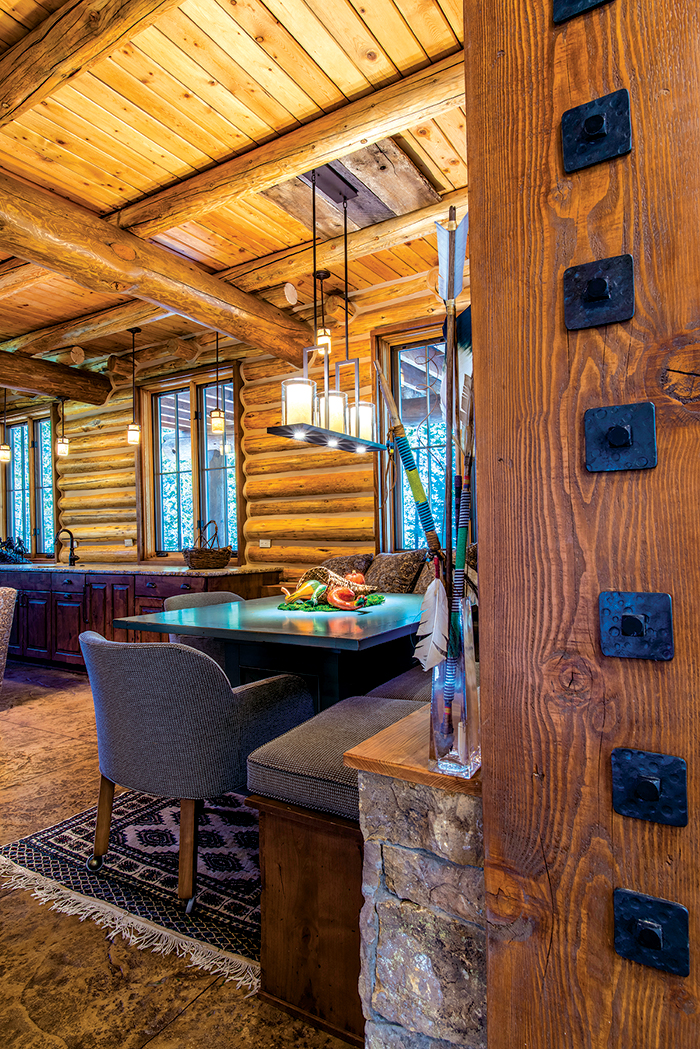 The lower-level family room retains original lodgepole walls and ceilings—freshly sanded and re-chinked—cut from the surrounding forest in the 1960s. 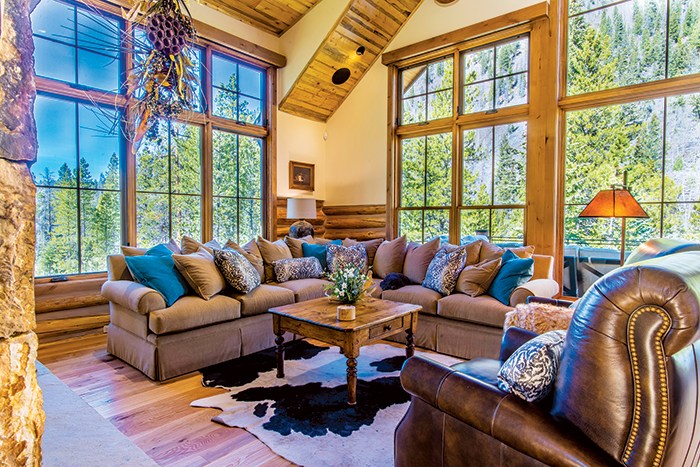 "This is kind of our moose-viewing area,” says the homeowner of her many-windowed great room. “We wanted a big, open feel.”

The modern kitchen and its cabinetry were meticulously designed to blend gracefully with the old cabin. Kitchenscapes’ Ruehring explains, “We worked to find a finish combination
to complement the historic logs, both in richness and patina, and we decided upon a custom glaze and hand-distressing on clear alder to evoke the historic feel.” 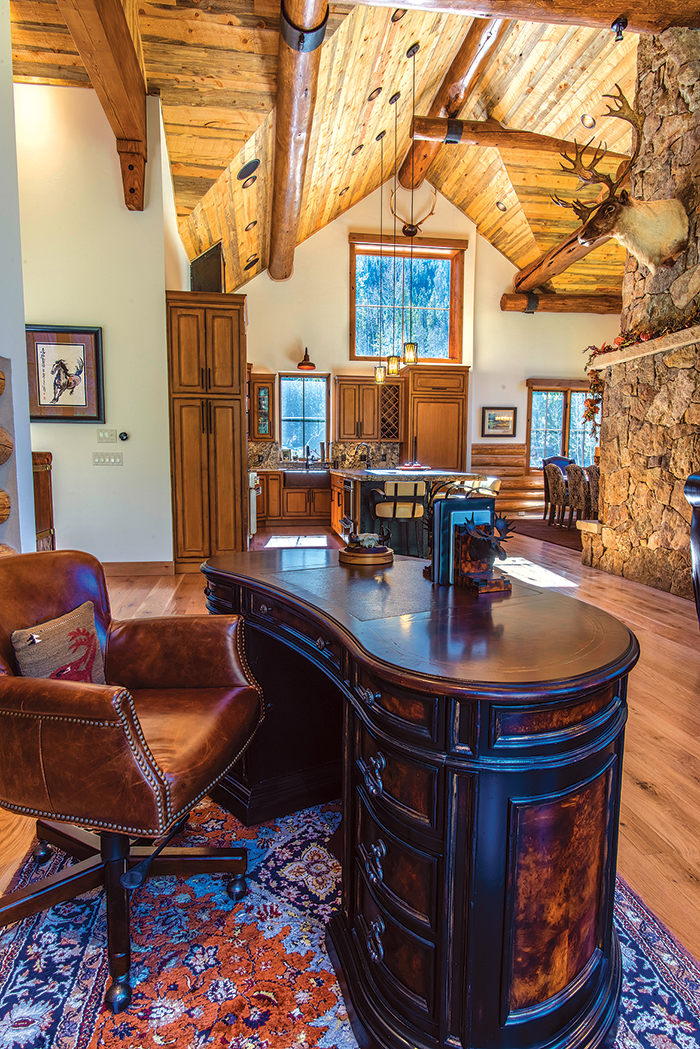 Local beetle-kill lumber was used for the new upper-level ceiling of the open area linking office, kitchen, dining and living spaces. Architect Shult explains, “We wanted the finished design to look like it had been part of the plan from the start.”

FROM GOLD RUSH TO SKI RUSH:

Keystone Ski Resort hadn’t yet been imagined in 1966 when Barbara and Don Rathbun settled into their log cabin high among the peaks of Colorado’s Summit County. A century earlier, the area had been swarming with prospectors, eagerly subdividing the forested slopes into mining claims. But when that boom went bust, the mountains were quiet again. Until skiing arrived.

The Keystone concept actually sprang to life thanks to the fortuitous meeting of two couples at a New Year’s Eve party in 1968. Those visionaries included Barbara Rathbun’s brother, Bill Bergman, and his wife Jane, along with Max and Edna Dercum. They shook hands that night on the idea of launching a ski resort, and, two years later, Keystone’s lifts were running.