Artisan Paddles Evoke the Grandeur of the Canadian Wild

Paddle your own canoe

Norquay Co. sells canoe paddles, but not just any canoe paddles. Each one is a work of art, crafted by the company’s founder, Natasha Wittke. Hand-painted and made from gorgeous cherry wood, the paddles evoke the grandeur of Canadian lakes, pine forests and campfire smoke. Her products ship to homes, restaurants and hotels all over the world. Wherever they go, her patterns and color compositions imbue their surroundings with a sense of rustic adventure. 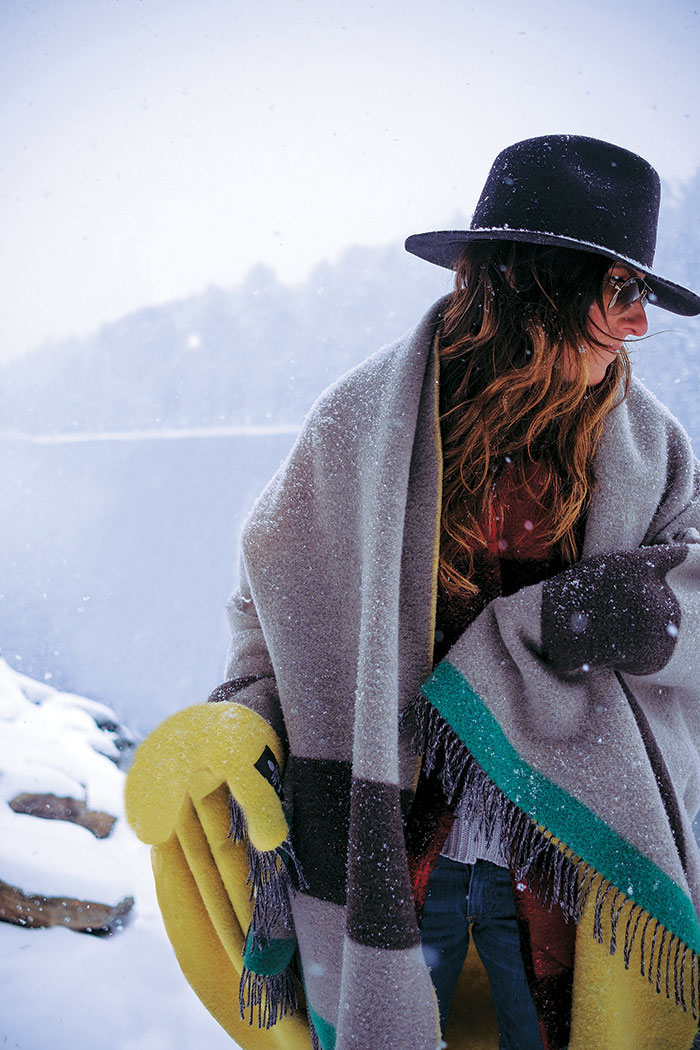 Norquay is a passion project, and founder Natasha Wittke puts her heart and soul into each piece, striving for clean lines and organic designs. [Photo by Adam Johnston]

Norquay’s story is a success story, and it’s an underdog story—a story of overcoming personal obstacles. Diagnosed at age 4 with Wolff-Parkinson-White syndrome, Wittke underwent a 14-hour heart surgery at age 10 and often felt overexerted as she grew up. But at age 14 she embarked on a transformative canoe trip on the Missinaibi River in Ontario. Wittke and her team (named “Norquay” after a tiny island on Lake Huron) paddled 600 kilometers, including a nine-kilometer portage, in under 30 days. “It was a pinnacle moment,” she recalls. “I emerged totally in awe that I could push my body that way.” Now she rock climbs, surfs and rides horseback, always searching for the next challenge. 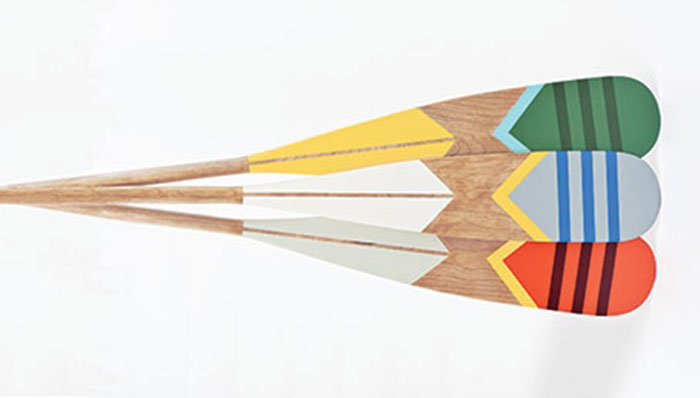 After attending art school Wittke found a career in advertising, but she eventually sought a way to reconnect with her artistic roots. “I designed for myself first,” she says, “not for anyone else or to sell.” Using canoe paddles as a canvas came to her in an “aha” moment. She got to work, drafting 200 designs, most of the collection in production today. Her first 50 paddles sold in two weeks. “And off I was,” Wittke says. “Norquay was born.” 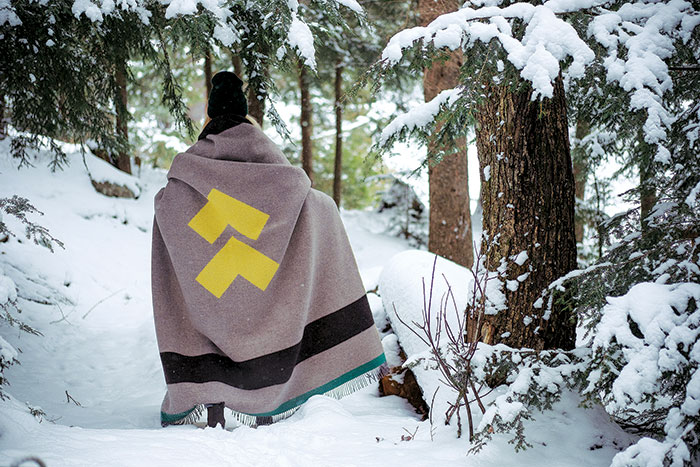 That was six years ago. Since then the company has expanded to produce Canadian shield blankets, camping apparel and, in collaboration with Abitibi & Co., beautiful canoes.

Kerry Reynolds, an avid canoeist, calls Wittke’s paddles “functional art” and says, “Natasha’s craftsmanship is second to none.” He purchased his first Norquay paddle in 2014 and now owns four. His favorite is titled “Eagle,” a sleek ottertail paddle. Like many of Wittke’s designs, it features strong symmetry along a central vertical seam. “Maybe,” Wittke speculates, “that split down the middle came out subconsciously.” It might recall her surgery years back, or suggest a river. 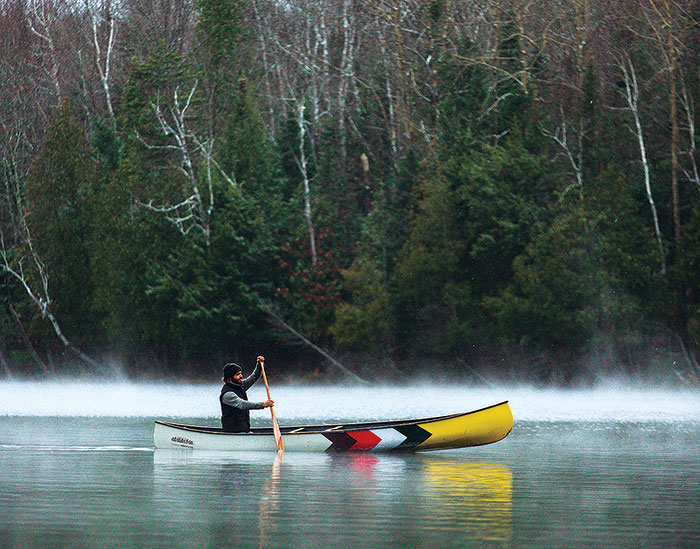 Natasha’s designs bring a touch of wilderness into your living room, or take the comfort of your home into the wild, like with this hand-painted canoe, in collaboration with Abitibi & Co. [Photo by Maxime Messier]

For her, the paddles are emblematic of childhood summers spent canoeing on Lake Huron, and they represent the most recent point in a continuing journey. Now working at Norquay full time, Wittke is busy developing new pieces. She won’t reveal any details, but, always looking ahead to the next bend in the river, she’s excited for what the future will bring.