Art That’s Meant to be Touched 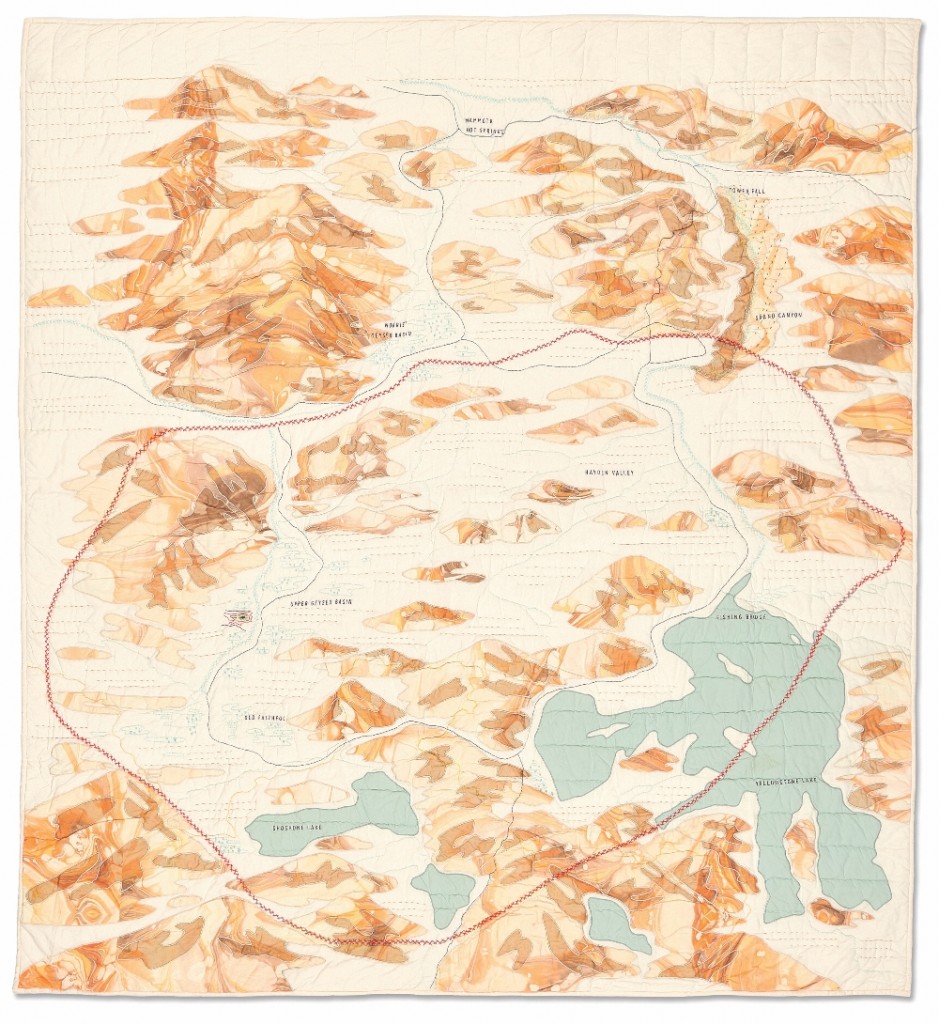 Growing up in northern Wisconsin, Emily Fischer was surrounded by quilters.

“Everyone I knew was working on a quilt or had a quilt on their bed,” she says. It’s fitting, then, that when she started to explore haptics (the science of touch) in architecture graduate school at the University of Michigan, she returned to the craft of her youth, sewing a quilted map of Detroit for a student project. To put it kindly, the map received an unenthusiastic response. “The quilting work was definitely discouraged when I first presented it,” she says. “There was visible disappointment in the one professor I was working with when I showed it to him.” 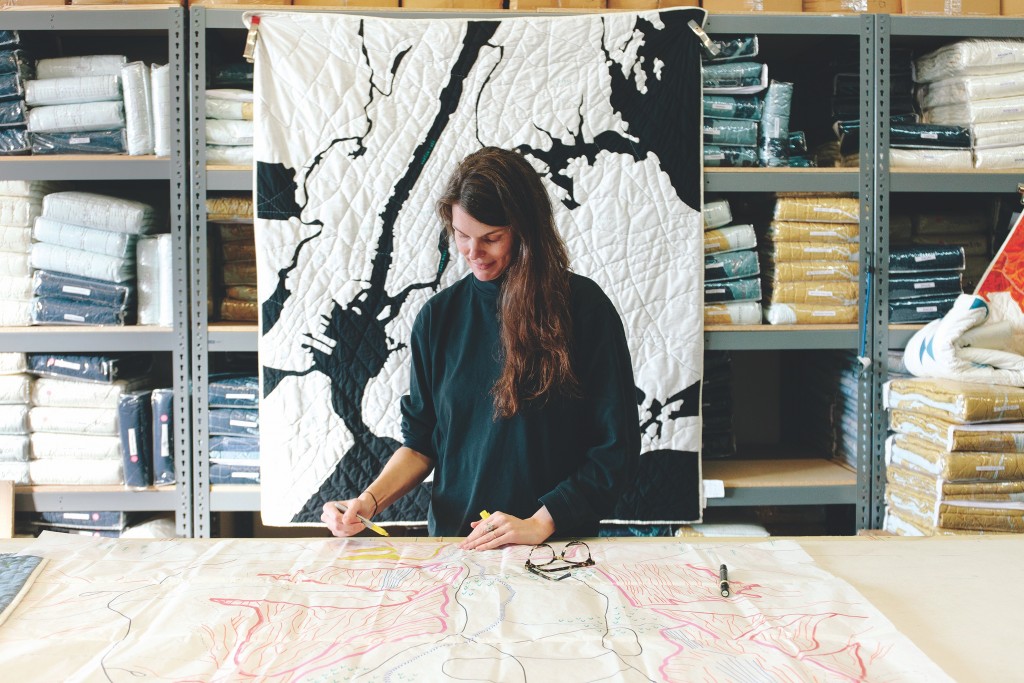 With quilting put on a backburner, Fischer moved to New York City after graduation and began working at a series of architectural firms. But in 2009, her career came to an abrupt halt when she was laid off from her job. Although the layoff filled her with anxiety about her future, Fischer discovered a silver lining. “I found myself with a surplus of time,” she says, “so I indulged in a lot of hobbies that I had, two of which were kite making and quilt making.” When Fischer started putting her kites and quilts online, she immediately got attention for her creations. Within weeks, she was taking orders—and Haptic Lab was born. “It ended up being a really great time for me,” she says. “I could recommit myself to my own ideas rather than the work of my firm or a client.” 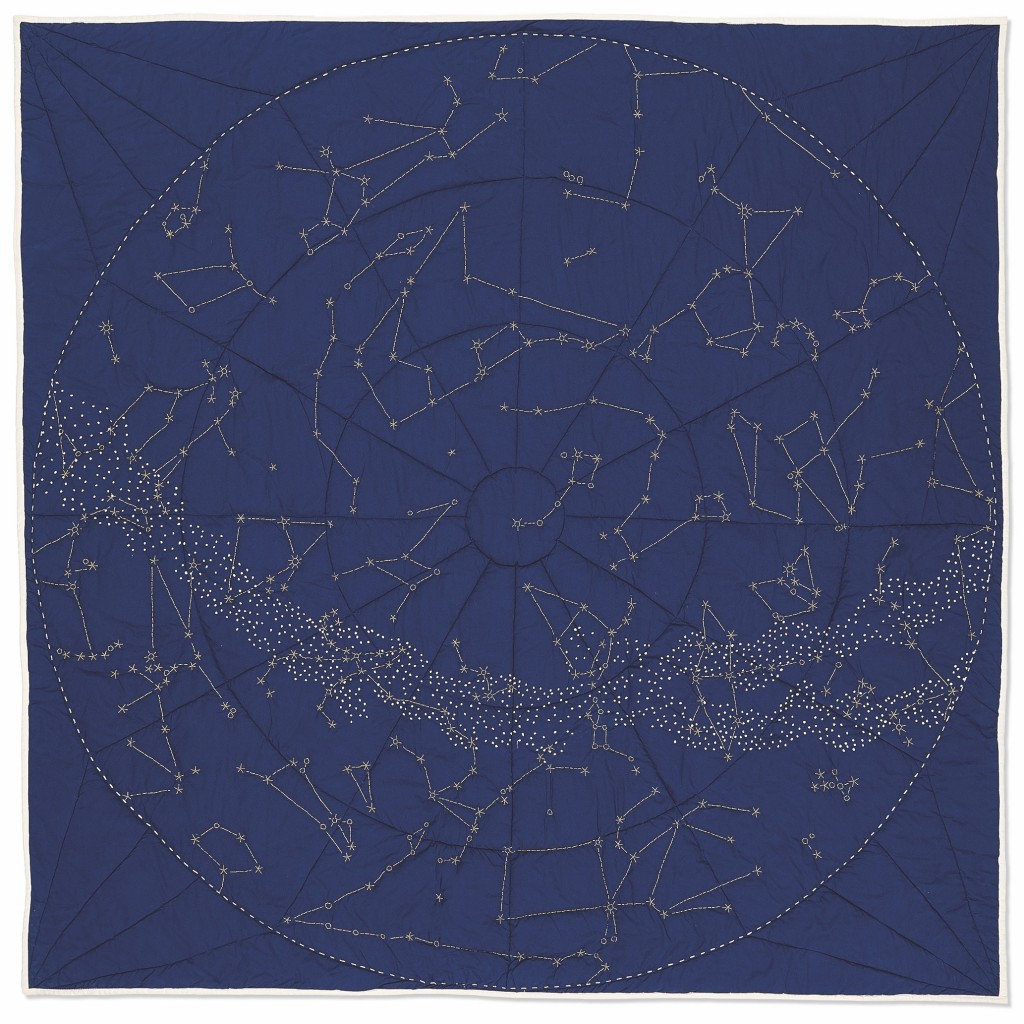 The brand’s Constellation quilts, seen here in cobalt, are made of certified organic cotton and feature stars and constellations hand-stitched in 100 percent silk thread.

In 2019, Fischer’s Brooklyn-based design studio celebrated 10 years in business, launching a collection of quilted coats (the brand’s first foray into wearables), and became a Certified B Corporation (meaning the company meets the highest standards of social and environmental performance). Haptic Lab also continues to expand its selection of quilted maps, recently debuting a series of national park quilts. 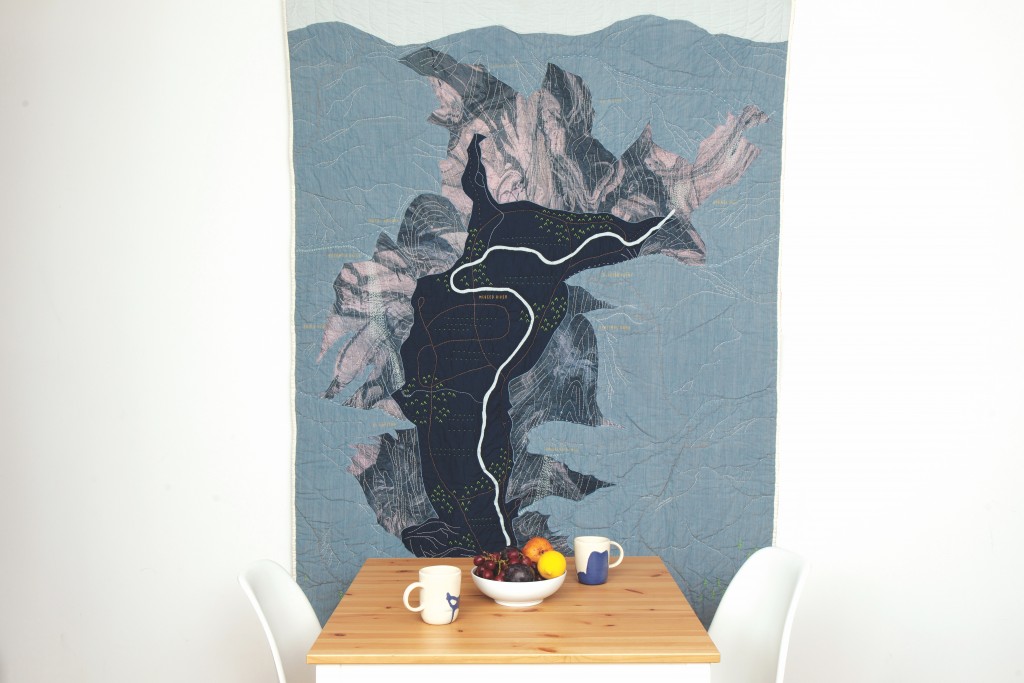 On Haptic Lab’s Yosemite quilt, hand embroidery highlights the park’s granite cliffs, waterfalls and groves of sequoias. “Most people have been using them as wall pieces,” Fischer says about her series of national park quilts, “and that’s how I use them at home.” A portion of the sales from the quilts benefits the National Park Foundation.

Options so far include Yellowstone, Yosemite and Grand Canyon, with each design depicting the park’s various special features embroidered and appliqued in detail. “I think what’s cool about the quilts is they render a place in a totally different way,” says Fischer. “When you’re able to feel the little geysers [of Yellowstone], it triggers your memories and feelings about being there.” 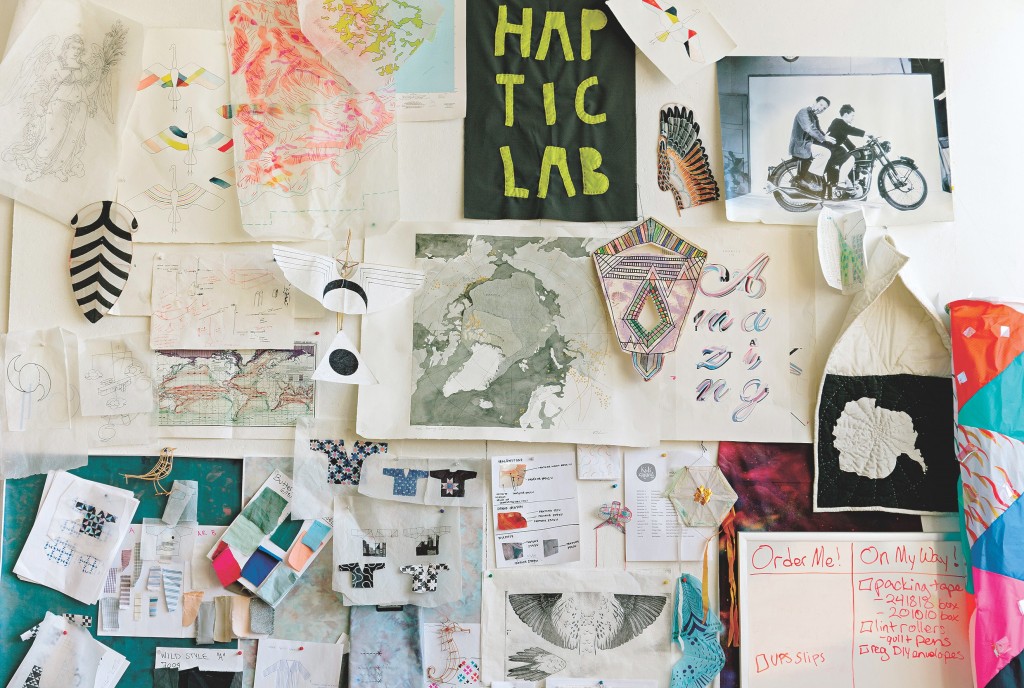 An inspiration board in the Haptic Lab studio displays sketches of the brand’s quilted coats, which launched last year.

Ten percent of sales from the quilts go to the National Park Foundation, and Fischer hopes to add more parks to the collection. “If there’s interest shown, I would love to do Glacier or the Great Smoky Mountains or Zion,” she says. 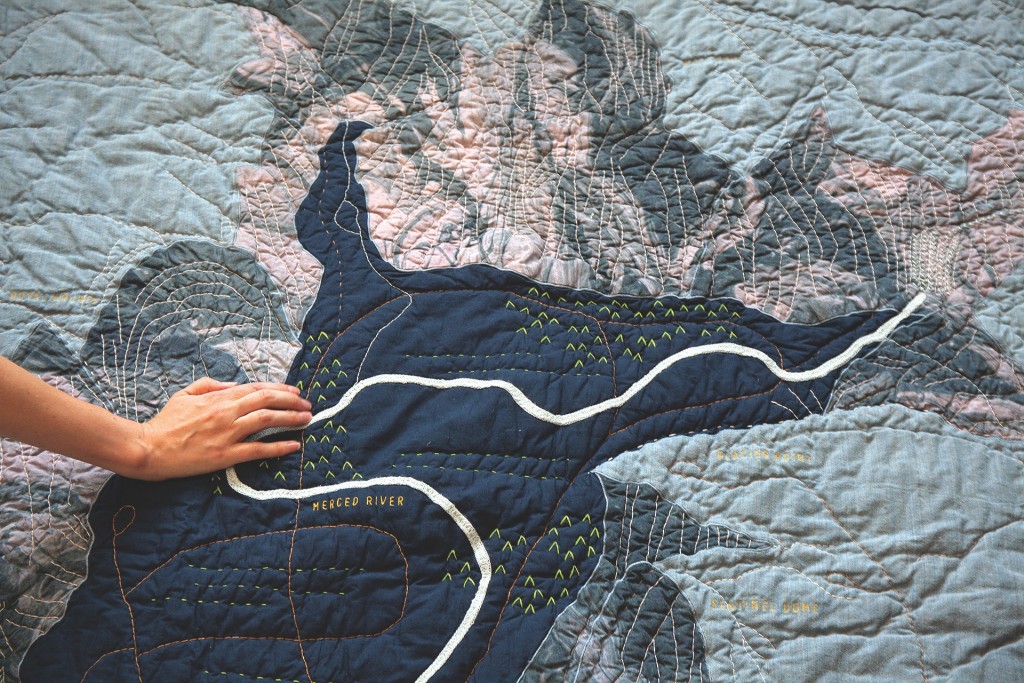 A detailed view of the Yosemite quilt shows an embroidered version of the Merced River.

In the meantime, Haptic Lab is in the process of transitioning all of its quilt designs to sustainably and ethically sourced organic cotton. “The goal going forward is to build a truly sustainable brand and to continue to wear our hearts on our sleeves,” says Fischer. As for that original Detroit quilt, the one she made with low-budget cotton fabric that was most definitely not organic? “I still have that piece kicking around the studio somewhere,” she says. What better reminder that failure doesn’t have to mean defeat?