Art for the Floor

The Perlman Project designs contemporary hand-knotted rugs inspired by Native American motifs and colors but durable enough to stand up to ski boots or cowboy boots.

Linda and Larry Perlman always loved the American West. When they lived in Minneapolis, they came out to vacation as often as their busy careers would allow. She was an interior designer; he was a businessman. They were both involved with the Minneapolis Institute of Arts (Linda was a board member), where they admired the museum’s significant Native American collection. But the art they purchased for their home was contemporary, and much of their furniture was antique Chinese. 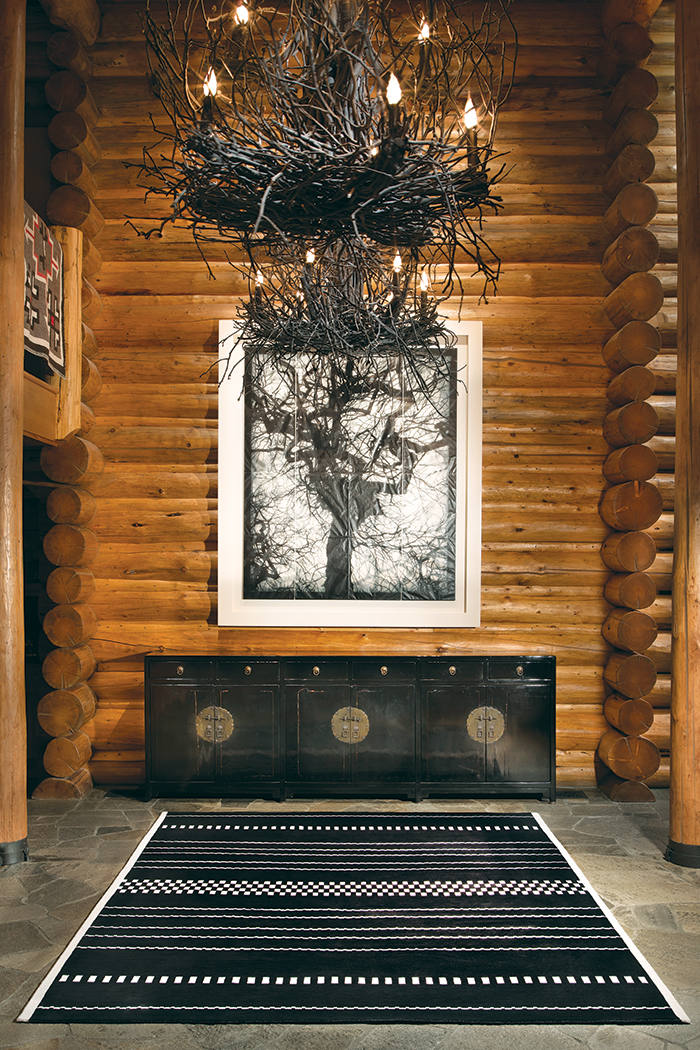 A contemporary rug, based on geometric patterns popular in Native American pottery and rugs, is the focal point of the foyer and sets the tone for the entire home

After retiring, they agreed that moving full time to Jackson, Wyoming, would be ideal.They bought a 100-year-old log cabin atauction and had it moved to their property on Fish Creek. “The interior is paneled with reclaimed snow-fencing,” says Larry, “but it is full of contemporary art.” 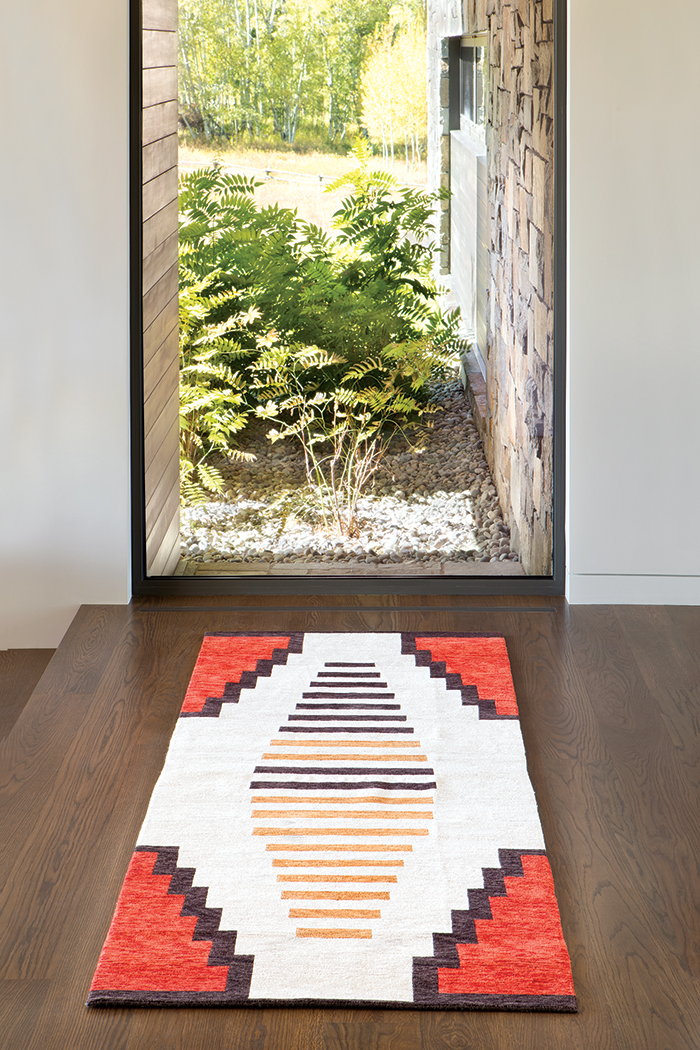 As they shopped for furniture and floor coverings for their cabin, they became friends with Terry and Claudia Winchell, owners of Jackson’s Fighting Bear Antiques, one of the most respected dealers of Native American art and artifacts in America. 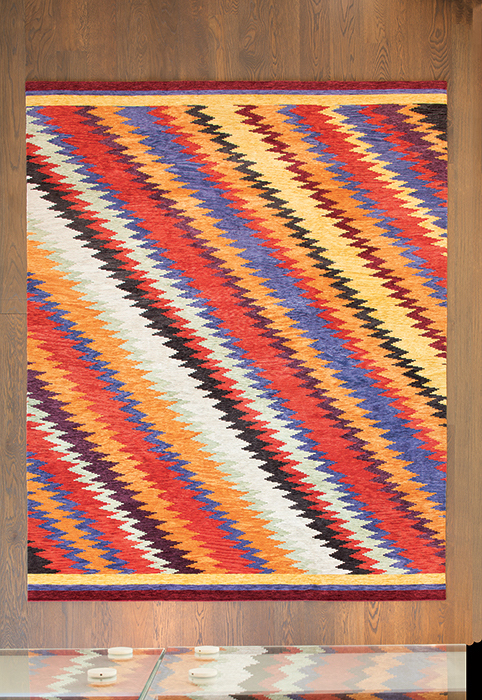 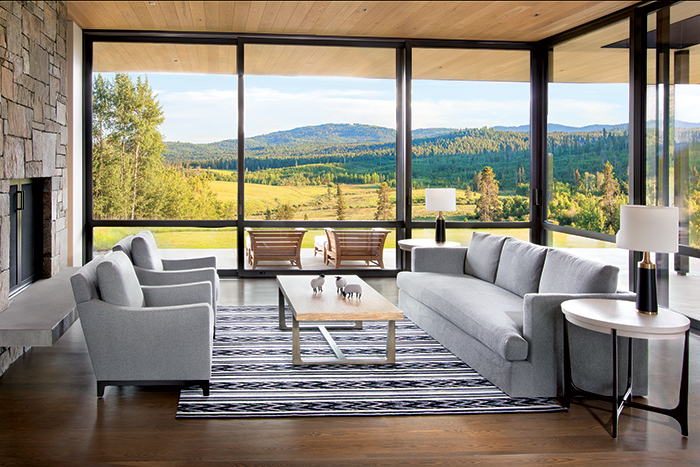 Native American-inspired rugs are classic for a reason. They can add a wow factor to traditionally decorated homes and give a rustic and historical context to Mountain Modern décor

She found a cottage industry of rug makers in Nepal who work on large upright looms. “Mostly women but some men who work in their homes. We are careful that no child labor is involved,” she says. The rugs are hand-knotted with wool from neighboring Tibet—highland sheep raised at 14,000 feet because they have longer hair with staple lengths. “It is probably the best wool in the world,” she says. “It has a lot of lanolin so it is naturally soil and dirt resistant … and very durable.” 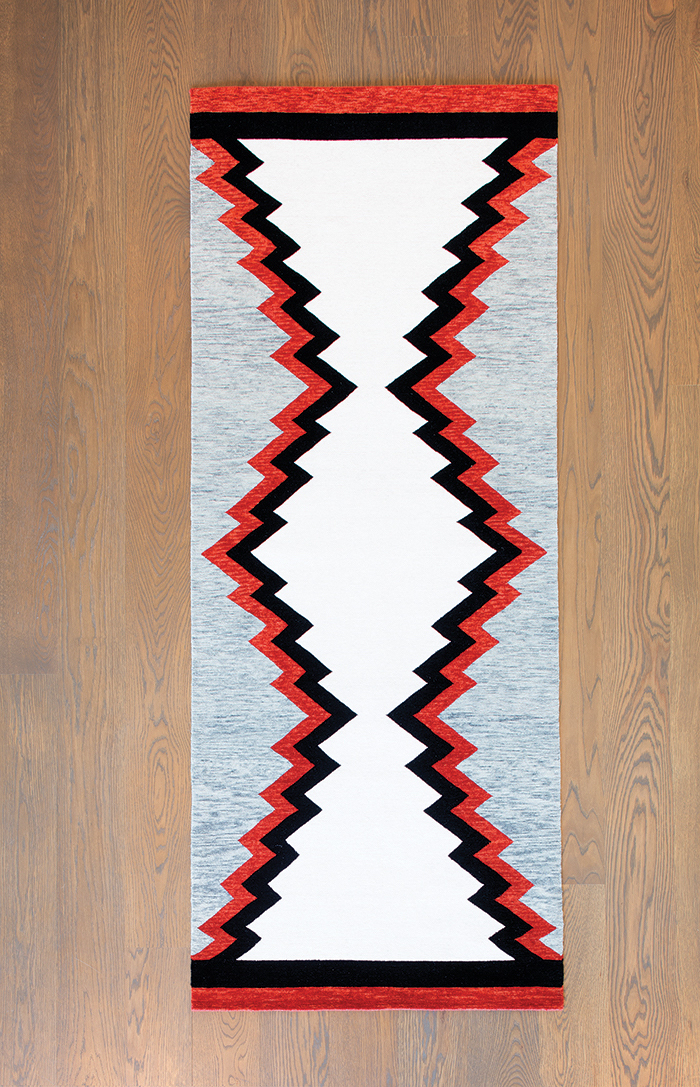 “Rugs are often just an afterthought in the design process,” says Linda. “I want to change that. I want to design rugs that will be the focal point of a room.” Architects, designers and individuals come to her small studio in Jackson Hole to select from her original designs or to work with her to create their own. Clients choose colors from her collection of more than 14,000 swatches and pompoms. 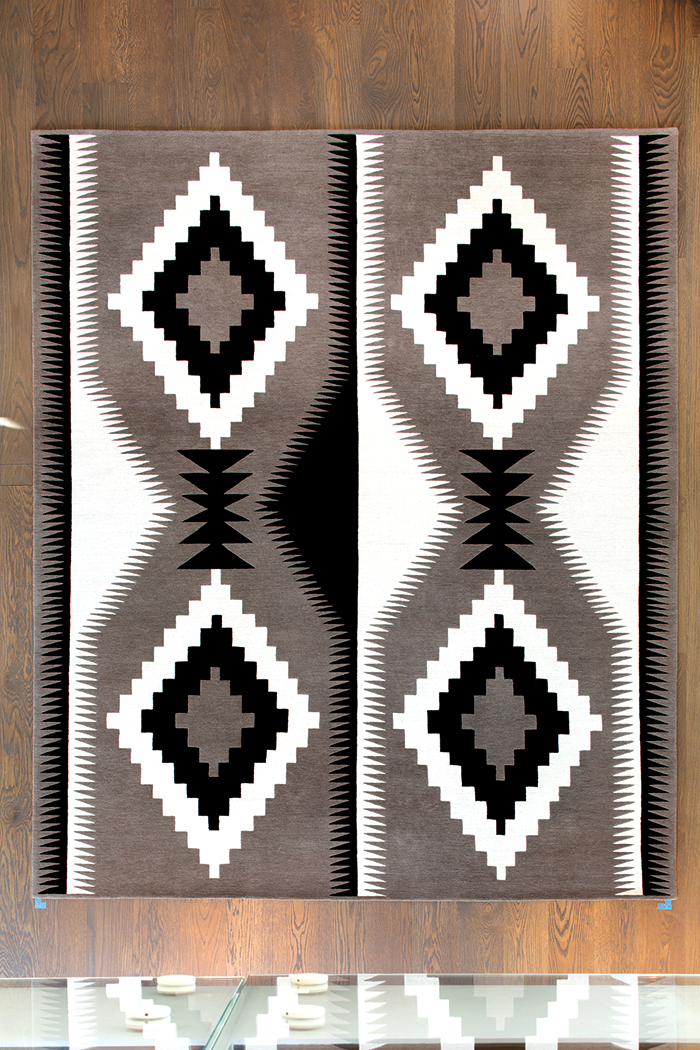 The Perlman Project rugs are influenced by (but do not copy) Native American designs. Before Linda Perlman started designing rugs, she visited weavers in the Southwest to learn from them.

"Their colors and designs are sacred," Linda Perlman says. "I learned so much from my 'apprenticeship' and I came away in awe." 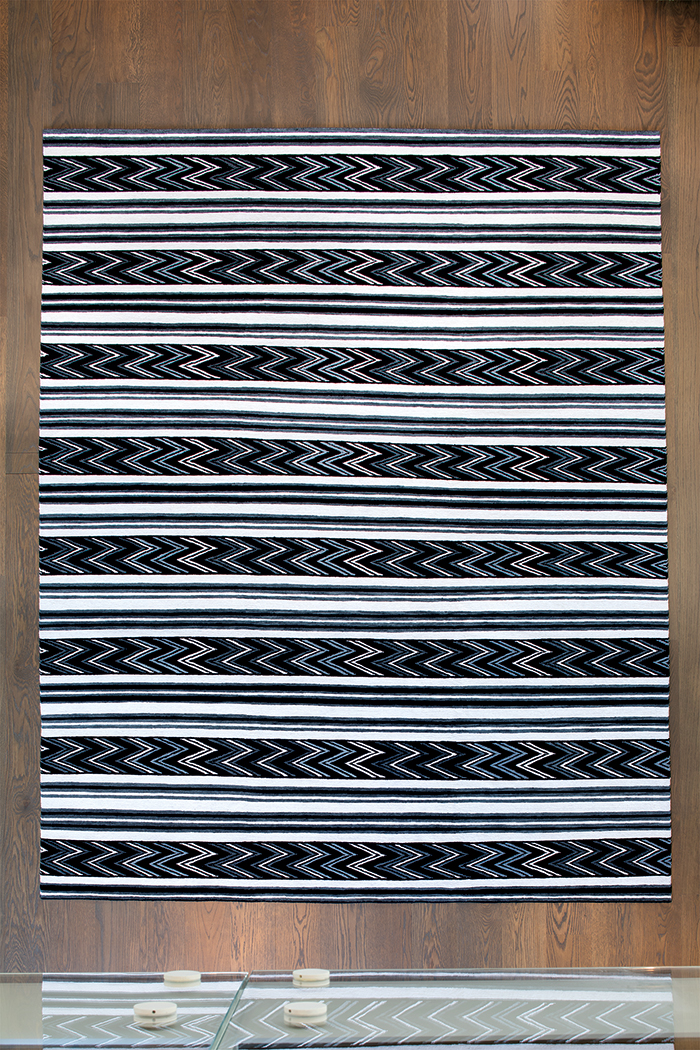 It takes about three months from design and yarn selection to having an 8-by-10-foot rug on the floor. Larger rugs take longer. “We are a boutique operation and want to stay that way,” says Larry.

As far as their retirement … they both agree that “it didn’t happen quite the way we planned.”