An Artist's Scale-Bending Dialogue With The Land

As a child in Philadelphia, artist Stephen Talasnik learned to draw and build architectural models based on instinct and a system of jigs from his uncle, a structural engineer, and even won a national contest for crafting a roller coaster out of toothpicks. “I haven’t changed in 60 years,” he says. “I still design intuitively.” 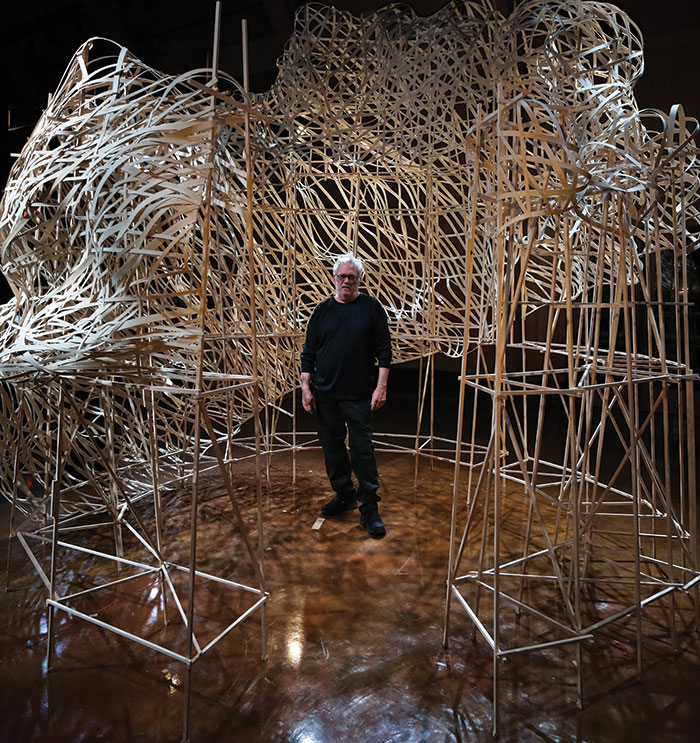 A graduate of the Rhode Island School of Design, Talasnik traversed the Far East studying simple engineering utilizing indigenous materials before settling in New York City, where his work was defined by urban “geometrical canyons.” Over the years he shifted his emphasis from drawing to sculpture, relying on that initial approach to artistic scale. 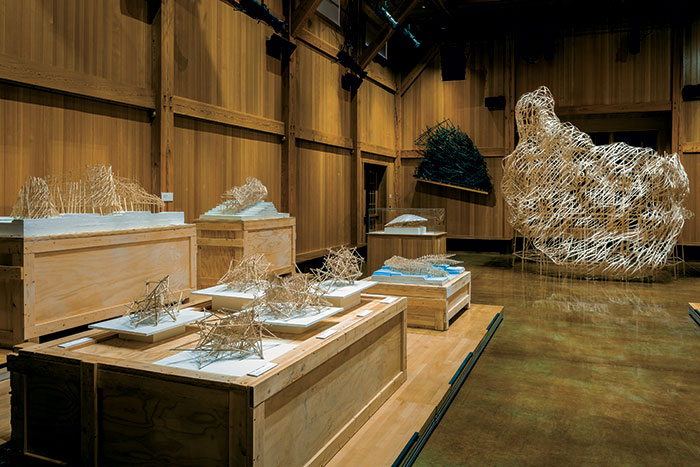 But when Cathy and Peter Halstead, founders of Tippet Rise Art Center in Fishtail, Montana, invited Talasnik to create a permanent outdoor sculpture to grace their majestic grounds, his intrinsic sense of dimension vanished. “It was overwhelming,” he says. “The scale on the East Coast is vertical and the scale in the West is horizontal. You can drive forever in Montana and see nothing vertical. Do you make something big to compete with the land or small to emphasize the vastness? The challenge was to build something intimate that enables the viewer to participate in the land’s grandness.” 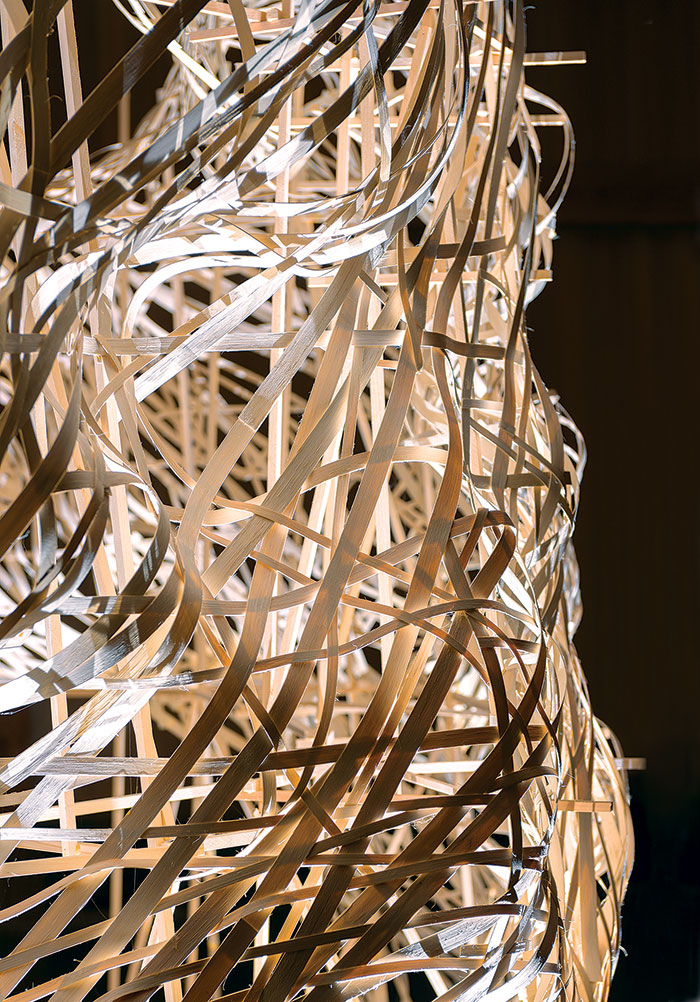 The remains of nearby cabins built by early settlers inspired him. “These people risked it all to settle this lush, uncharted area,” he says. The narrative stirred Talasnik’s childhood fascination with astronauts, launching the idea for “Satellite #5: Pioneer” (2016), built of yellow cedar and corten steel based on models constructed in trademark fashion—without predesigned measurement—assisted by engineers to factor in forces of snow and wind. 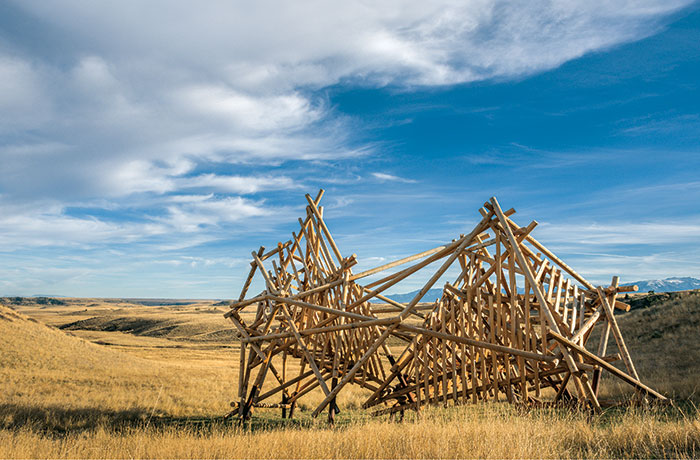 Talasnik designed “Satellite 5: Pioneer” to enable viewers to participate in the land’s grandness. Created over a year, it honors Montana and space pioneers. [Jeffrey Scott French]

“I placed ‘Satellite’ in a geological bowl to avoid fighting the elements,” Talasnik says. Intended to connect past, present and future, the work evokes NASA’s Pioneer satellite programs. Four of its models reside at Yellowstone Art Museum. Two other of Talasnik’s sculptures—“Archeology” (2012) and “Galaxy” (2014)—are on permanent indoor display at Tippet Rise. 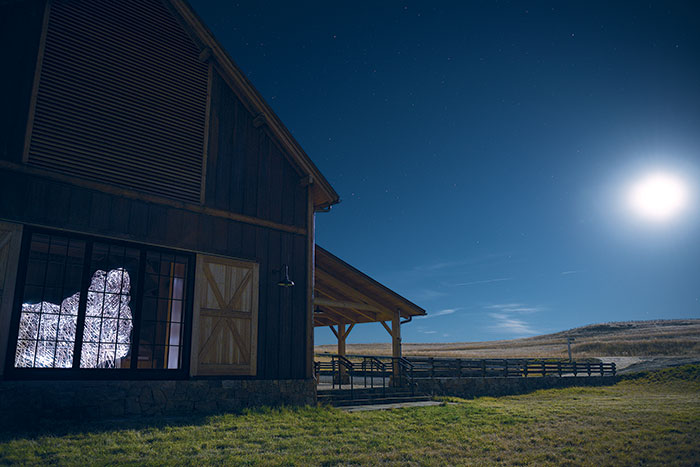 Talasnik’s installation for the Olivier Music Barn was inspired by the architecture of bees. He constructed his ephemeral “Hive” from flat reed bamboo. It was later taken outside and burned, its ashes returned to the earth. [Jeffrey Scott French]

Last fall, Talasnik created the ephemeral, habitable installation “Hive,” handwoven in Tippet Rise’s Olivier Music Barn out of flat reed bamboo, alluding to bees building their own habitats. A film was made about “Hive’s” destruction. “It was taken outside and burned,” Talasnik says. “It’s ash returned to the earth.”

Conversely, he expects “Satellite” to survive him. “We hope the materials have a 99-year shelf life.” He likes the idea of the sculpture outlasting him, much like those settlement houses and the ghosts they left behind.