An Art-Filled Visit to Billings, Montana

A visit to Stapleton Gallery and the Yellowstone Art Museum

My eyes had a visual feast during a recent trip to Billings, Montana.

The Trophy Room at Stapleton Gallery

First, I attended The Trophy Room, an opening at the Stapleton Gallery, a space located a historic building that has been lovingly restored by Jeremiah Young. 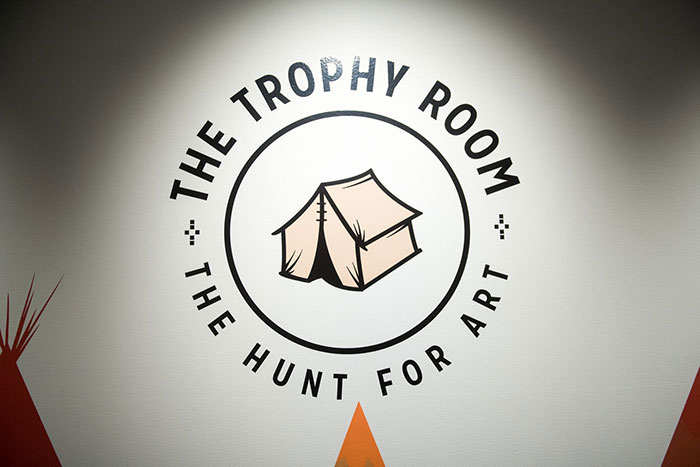 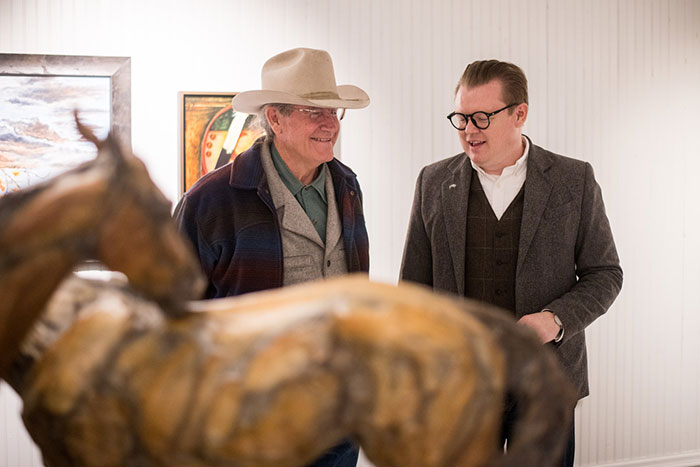 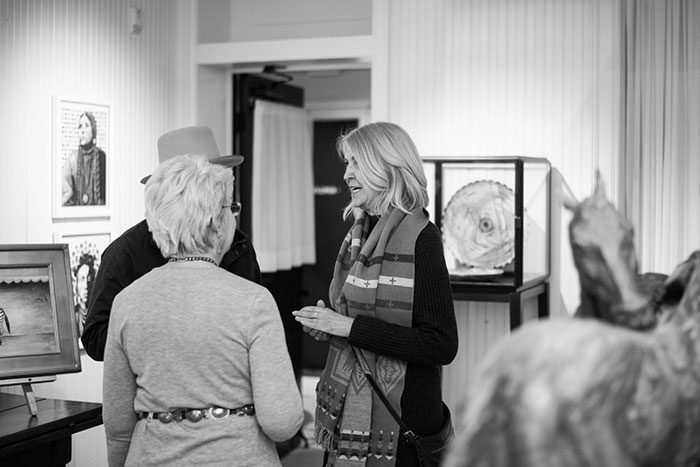 The gallery is an invitation-only space that approaches art exhibits in a fresh way. During the year, they host one-night experiential shows asking the artists they represent to create work in response to a topic. This event was The Trophy Room—the Hunt for Art, and artists were asked to share their perspective on the notion of "trophy." We are all hunters but what do we seek? 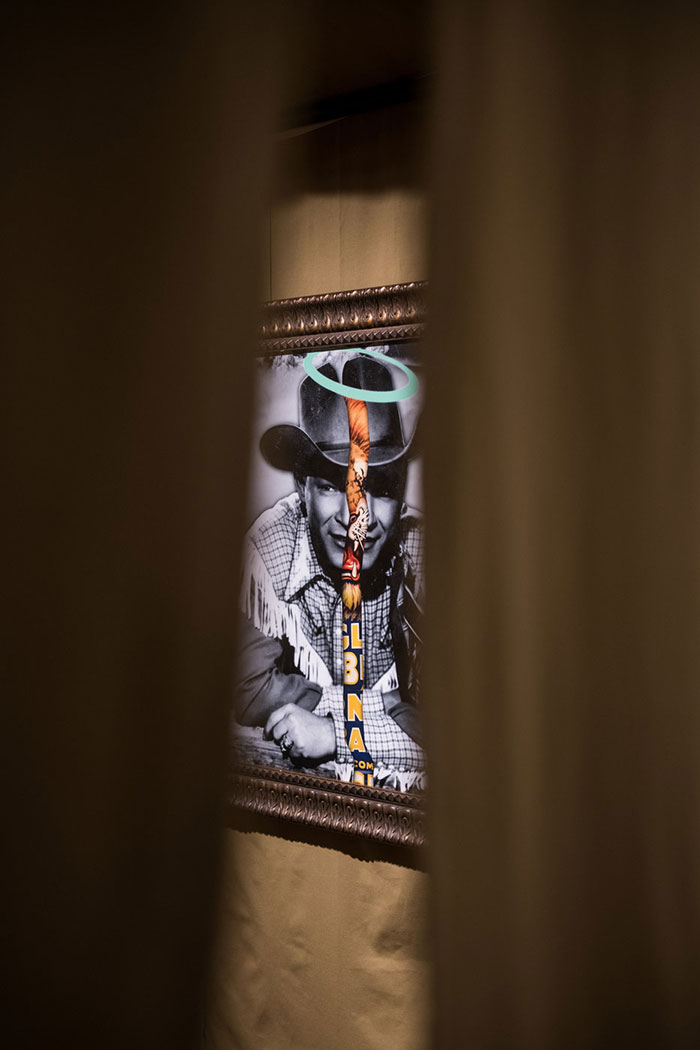 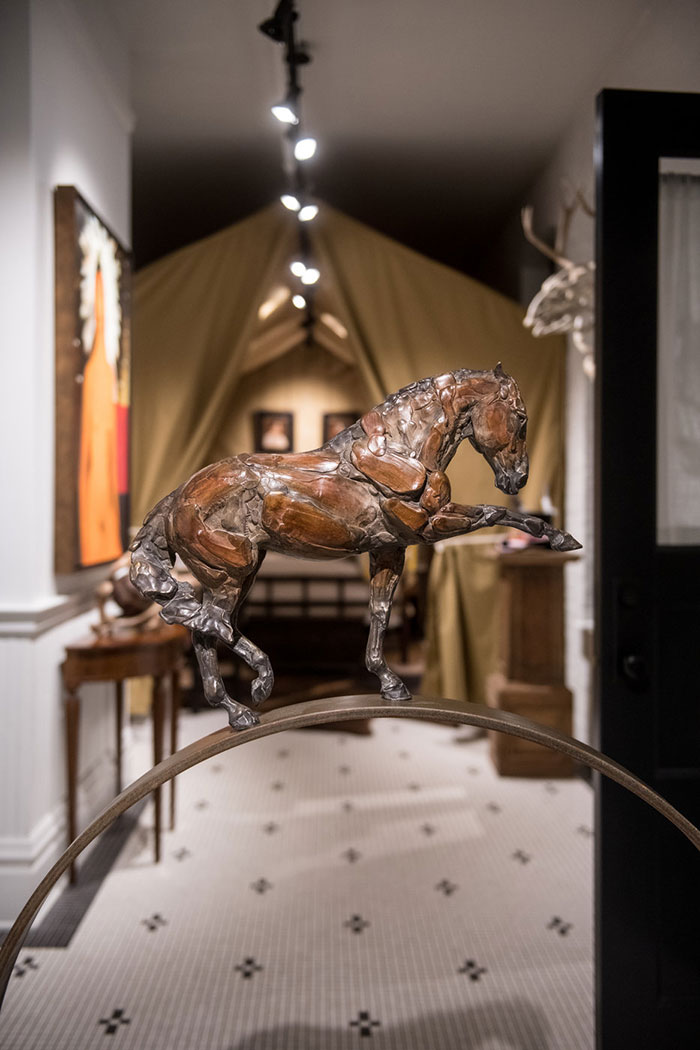 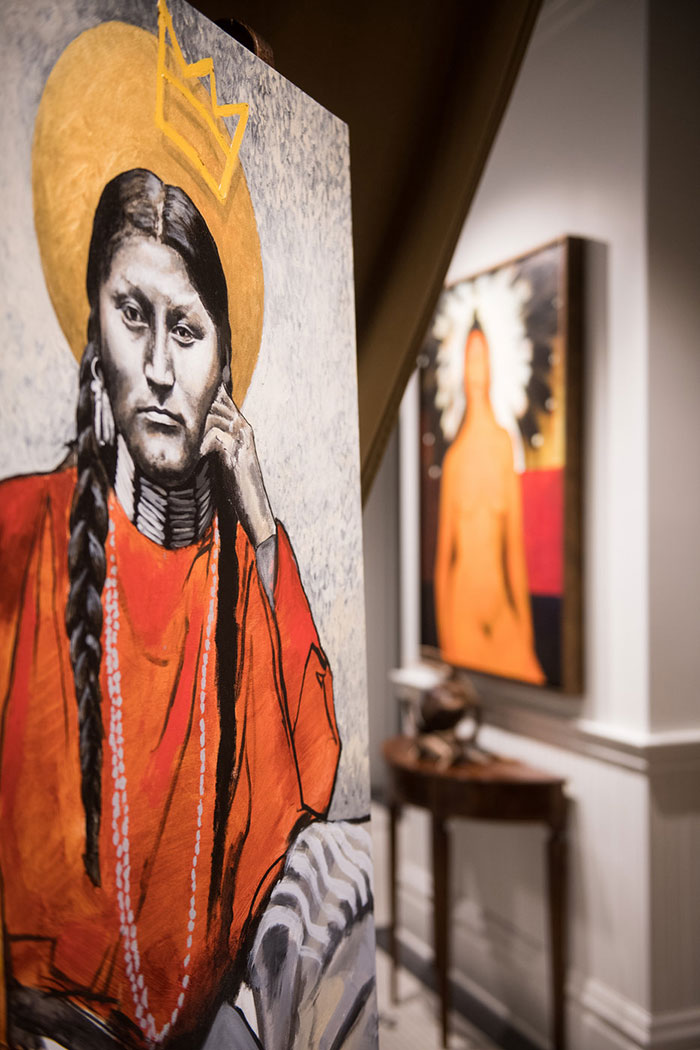 Over 12 gallery artists and guest artists participated in the show including:

The show was hung in artistic “wall tents,” that appeared to be the canvas variety but was actually a look-alike fabric that gave the illusion of a wall tent but was more luxurious and easier to work with.

Patrons raved about the art and the space, it was a fun night of food, drink and conversation. 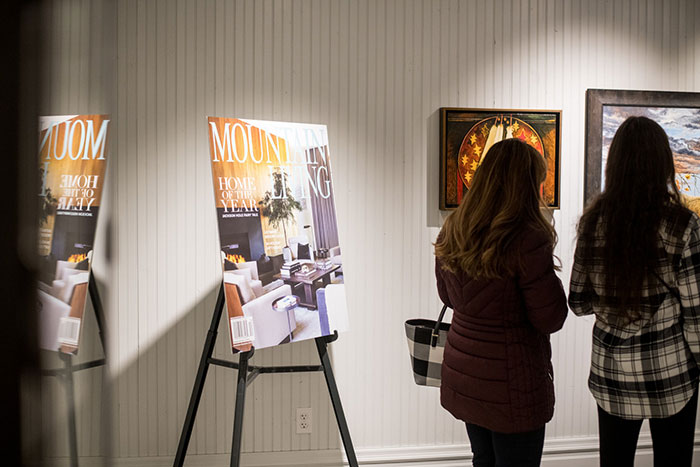 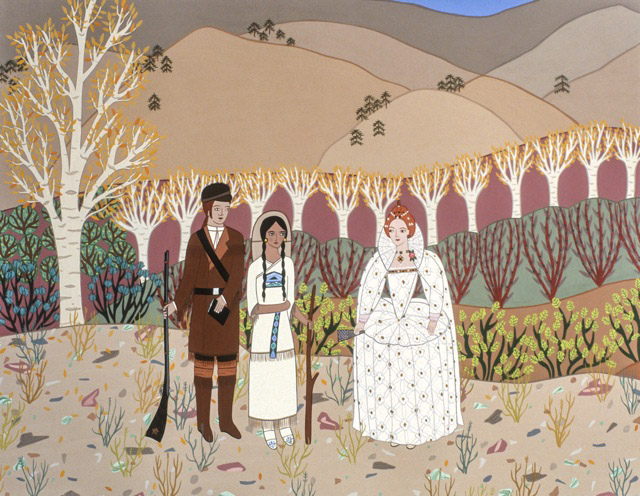 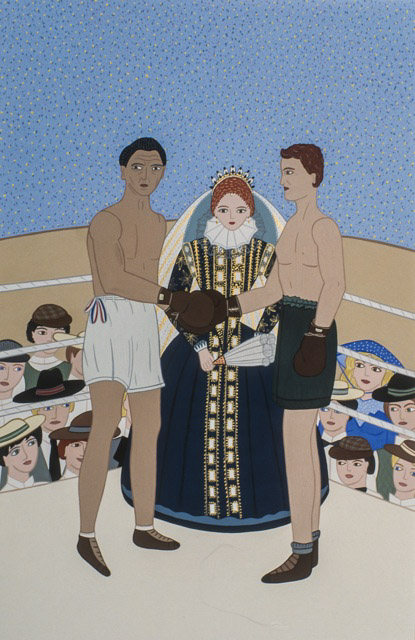 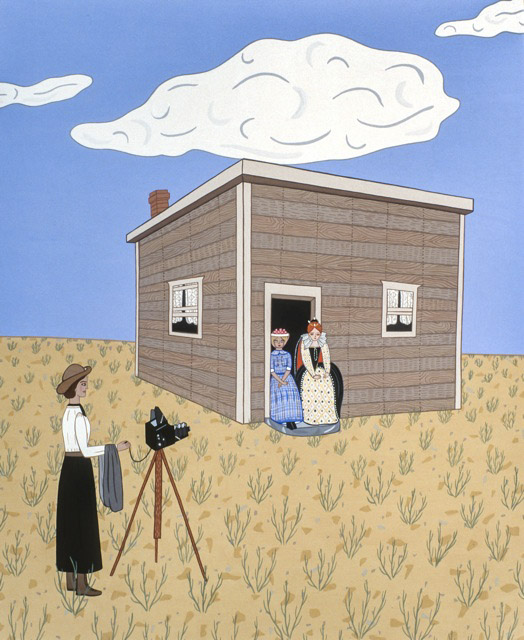 Evelyn Cameron Photographs Queen Elizabeth I and a Homesteader, outside Terry – 1906

In Montana Peepshow, Van Stavern Millar creates a fictitious story of Queen Elizabeth the First, utilizing a time machine to travel to Montana during various time periods. The beautiful, highly detailed gouache paintings are housed in wooden boxes that patrons view individually through a hole in the box, creating a “peepshow.” I bought the catalog with postcards of the paintings. It’s a treasure for any age. 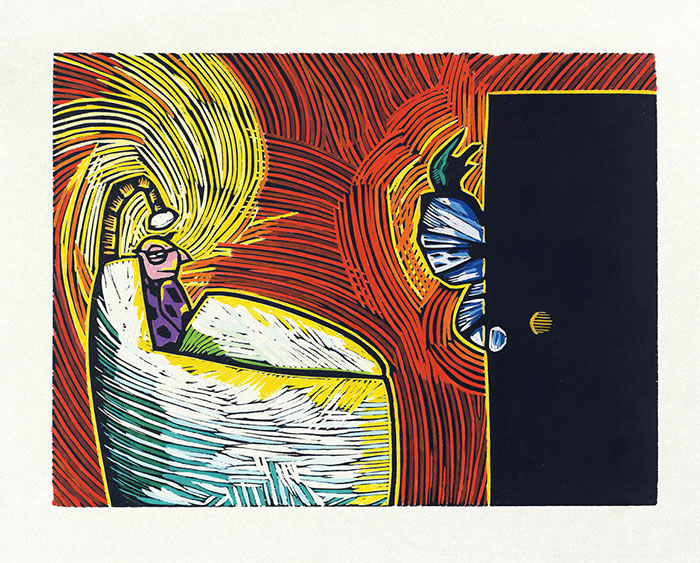 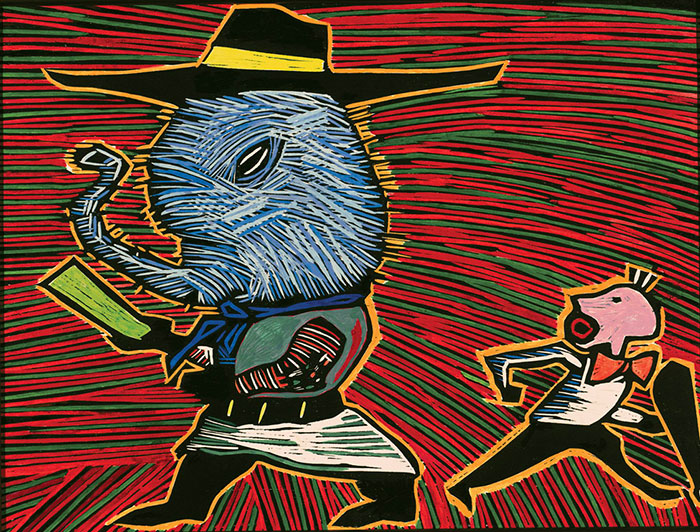 "Watching the Bully" by James Todd 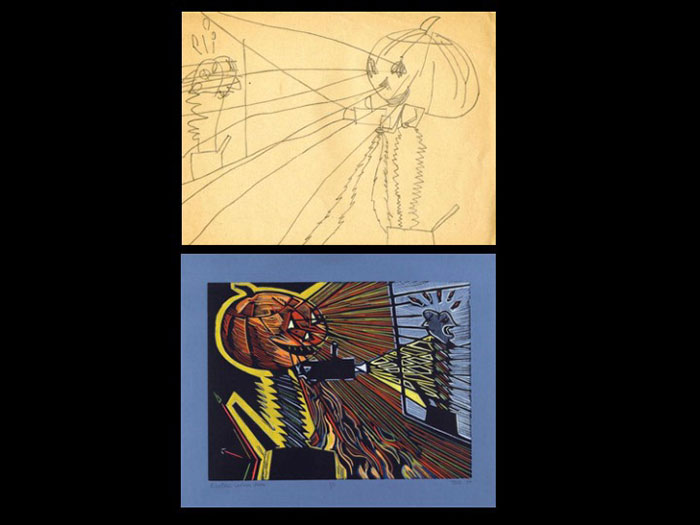 More images from The Trophy Room at Stapleton Gallery below.