An Agent of Change: Shawn Rivett

A look at the self-taught photographer and sculptor

“I like making a statement,” says designer, photographer and sculptor Shawn Rivett. That’s putting it mildly: In his most recent exhibition, at the Nicolaysen Art Museum in Casper, Wyoming, Rivett displayed 40 works, including large-format photographs measuring up to 7-by-12-feet in size and a 29-foot-long, 1,600-pound fused antler sculpture—one of the largest of its kind in the world.

The Casper native developed his skill for making  grand displays out of ordinary objects while working at a steel and recycling plant owned by his parents. For 20 years, Rivett sorted through all types of materials discarded by local ranchers—antique farm equipment, metal tanks, old wooden beams, containers of all shapes and sizes—and found inspiration in the textures and colors he saw every day. He started taking photos of his finds and crafting furniture with the scraps.

Meanwhile, Rivett was also busy building his interior design portfolio. He bought a 1930s building in downtown Casper, “stripped it down to the bones,” and turned it into what’s now a gallery/event space and his personal living quarters. Casper locals took note, and soon enough he was booking design jobs.

In fact, it was a design project that became the catalyst for Rivett’s now-famous sculptures. He envisioned a contemporary antler chandelier for a client’s dining room, but realized no one was making a fixture like the one he had in his mind. “So I ended up designing one myself,” Rivett says. After consulting with local taxidermists, he devised a method to fuse locally sourced, naturally shed elk antlers together to create a sculptural shell that encases a glowing orb-shaped light source.

Though Rivett’s creative endeavors are vastly different and somewhat sporadic—bar stools and floor lamps crafted from salvaged materials, black-and-white photographs of prehistoric fossils—they’re all influenced by one constant source of inspiration: his life in Wyoming. 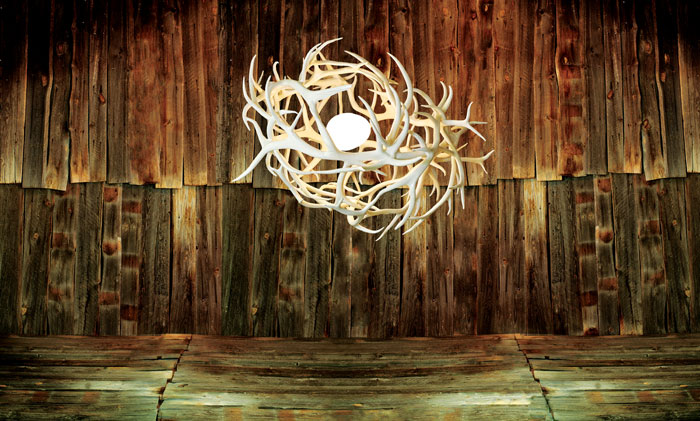 [Photo by Adam Amick] Artist Shawn Rivett’s antler chandeliers—this one, finished with high-gloss white paint, appeared in the artist’s solo exhibition at Casper’s Nicolaysen Art Museum—take anywhere from three weeks to three months to handcraft. “I eat, sleep and breathe design,” Rivett says. Many of his creations were inspired by the scrap materials he found while working at Wyoming Steel & Recycling Iron & Metals in Mills, Wyoming. 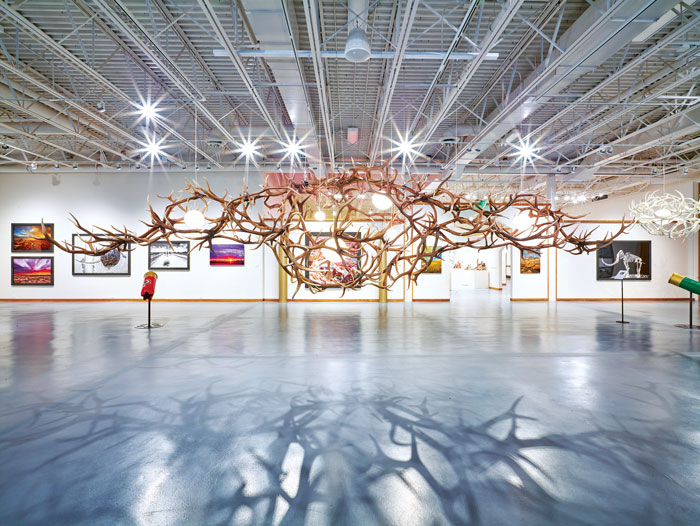 [Photo by Adam Amick] Rivett’s grandest antler sculpture yet—one of the largest in the world—took center stage at his recent solo exhibition at the Nicolaysen Art Museum. 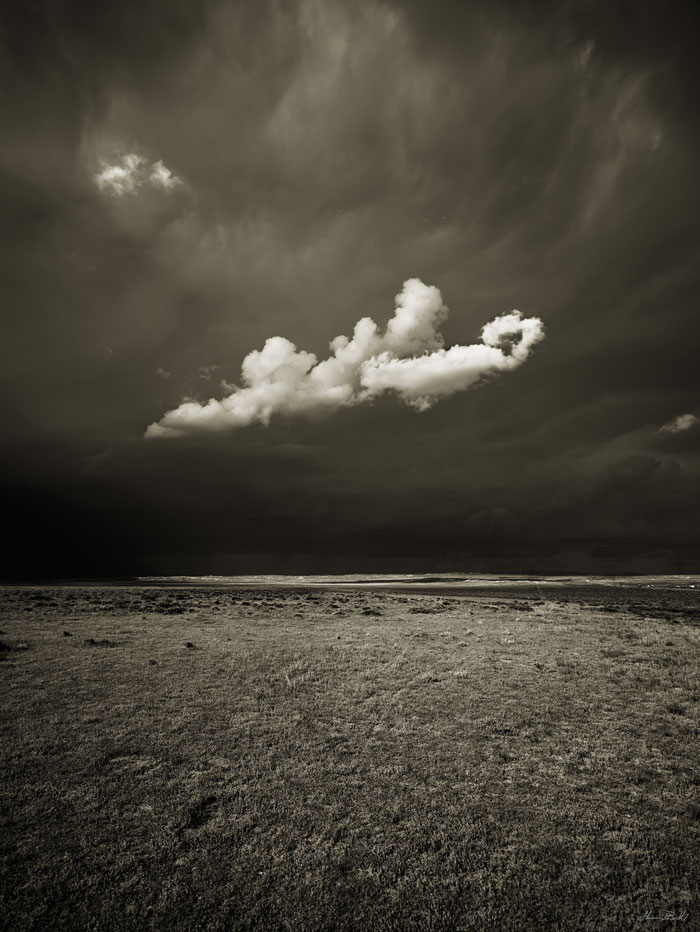 Rivett is known for his large-scale photographs of Wyoming’s open range; “Solitude” was shot near fossil quarries in Kemmerer. 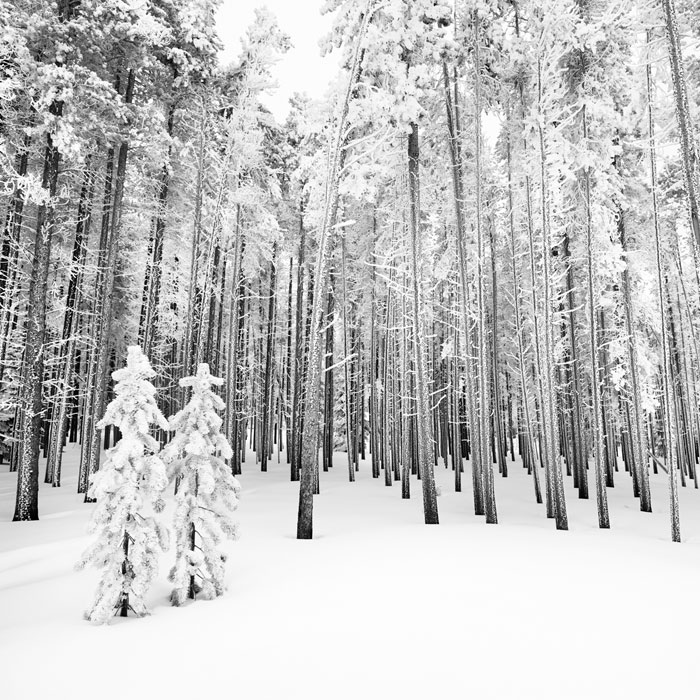 Rivett captured the image in “Still” during a snowstorm on Casper Mountain. 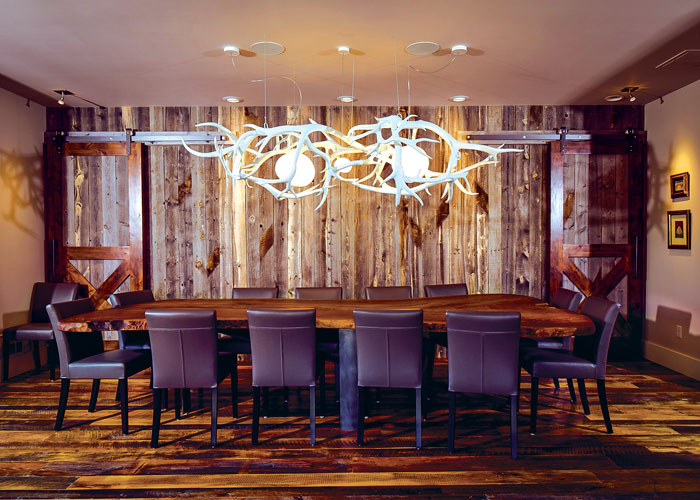 A 7-foot-wide antler chandelier hangs above a client’s dining table in Casper.

Crafting a monumental antler chandelier wasn’t all fun and games. For three months, Rivett fused, shaped and sanded 150 naturally shed elk antlers, producing a smell so bad that, “If I went to a convenience store, I would run people out of the room,” he says. What began as a 15-foot-long design got so “carried away” that Rivett had to cut a hole in the wall of his workspace in order to move the structure to the Nicolaysen Art Museum in Casper. “If I ever do this again, one thing’s for sure,” he says. “I’ll have a shop that’s got a forklift and a crane.”