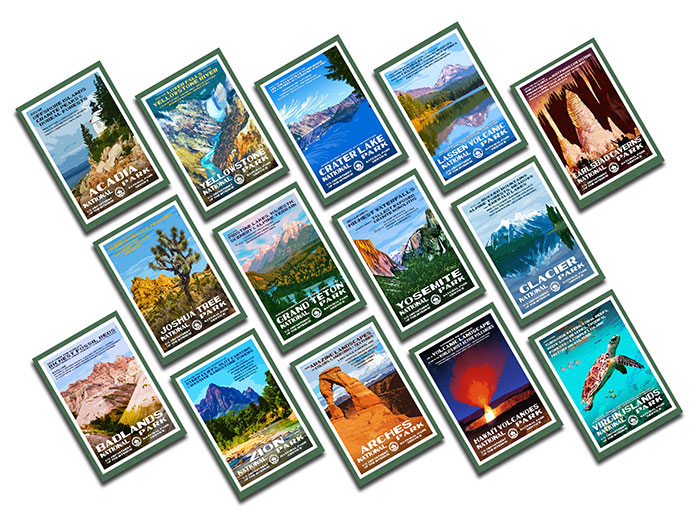 Do you remember your first experience at one of America’s national parks? Were you in awe of the magnificence of the Grand Canyon? Or stunned by the colors of Rocky Mountain National Park in the fall? Regardless of where you were, it’s a sure bet that your experience at one of the country’s 61 protected parks is one you won’t forget. 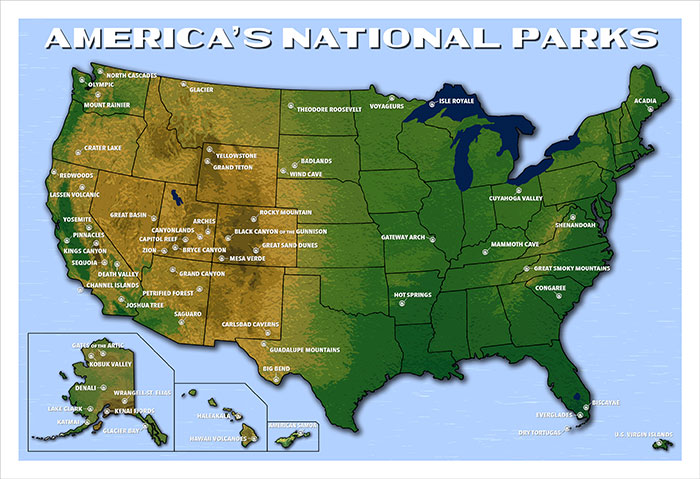 Rob Decker, a photographer and graphic designer, grew up in California and is partial to Yosemite National Park. “There’s nothing quite like the valley, its waterfalls, the Merced River and amazing granite monoliths,” he muses.

Decker took inspiration from the protected lands and created nostalgic, WPA-style posters of our national parks. “The WPA-style is both nostalgic and timeless,” says Decker. “But I think I was first drawn to the iconic images represented in the artwork. I try to replicate that by capturing the single, iconic image that best represents each park—the image that most visitors would likely have seen and remember as part of their own experiences there.” 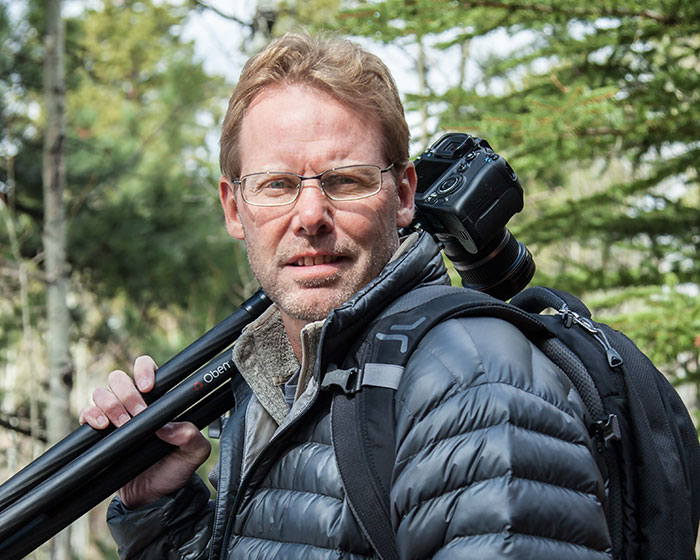 Decker credits his grandfather for introducing him to photography at a young age. With his first camera in-hand at just six years old, a Kodak Duaflex camera with black and white 120-roll film, photography became part of Decker’s life for good.

In 1979 when he was 19 years old, Decker studied under famed photographer Ansel Adams. “That was the moment that really brought my love of photography and the national parks together, and I have been visiting, exploring and photographing them ever since.” 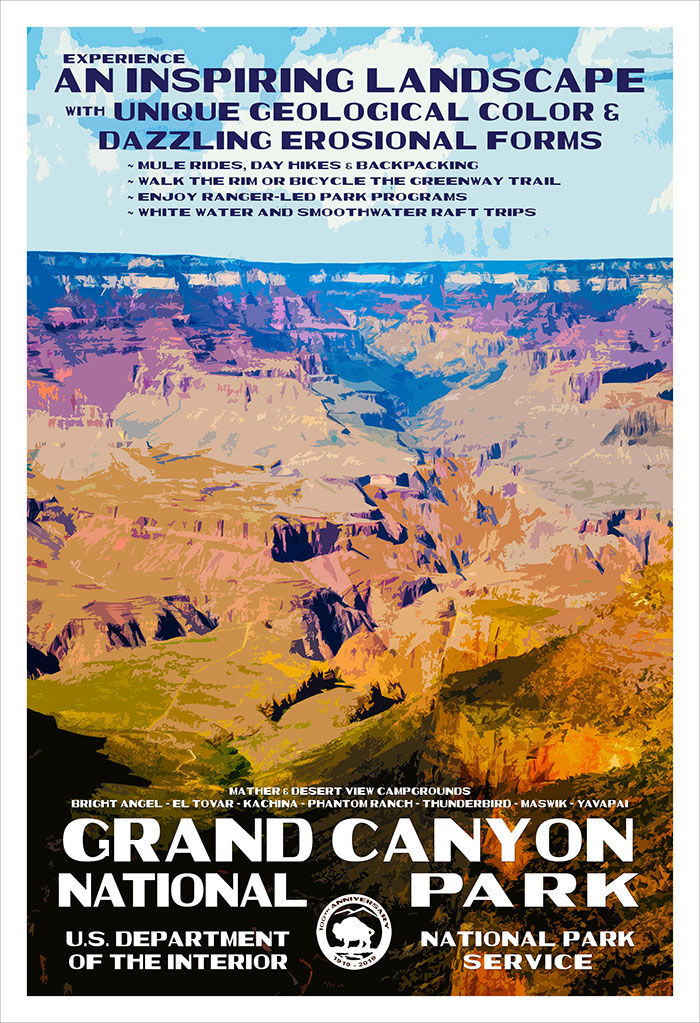 Each poster is based on Decker’s original photography blended with technique called High Dynamic Range or HDR. “I generally take five to nine images and combine them to gather the full range of light and color. I then run this composite image through a process I’ve developed that makes the image look more like an illustration than a photograph, and reduces the number of colors, which helps to simulate the WPA style,” he says.

The most challenging part for Decker isn’t the complicated HDR process, but finding a handful of words to accurately describe the park while still offering a sense of what to see and what to do there. 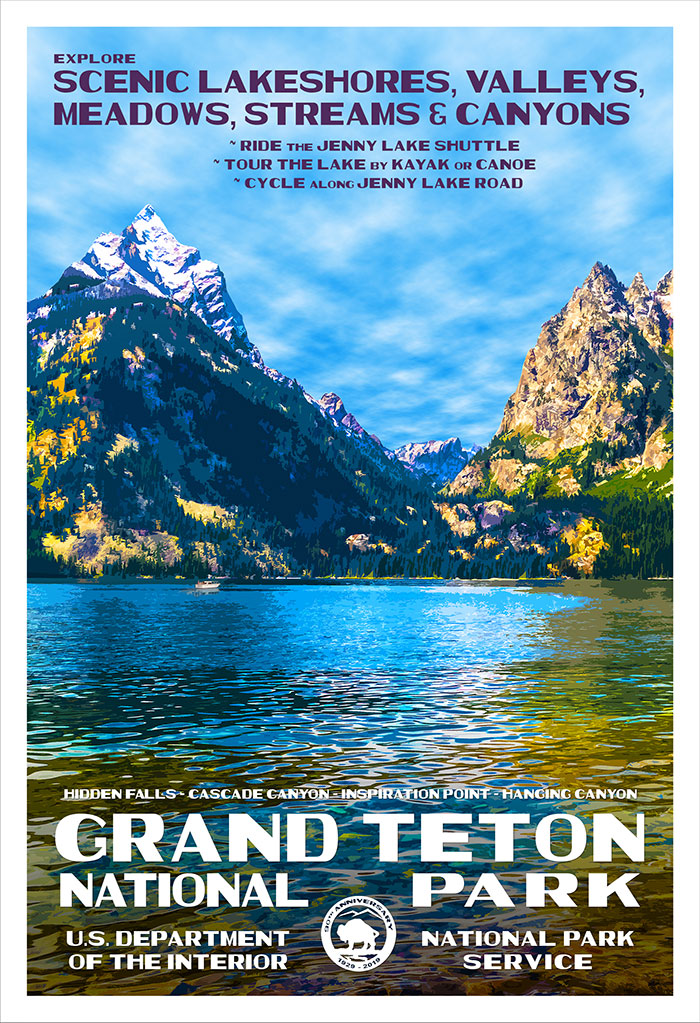 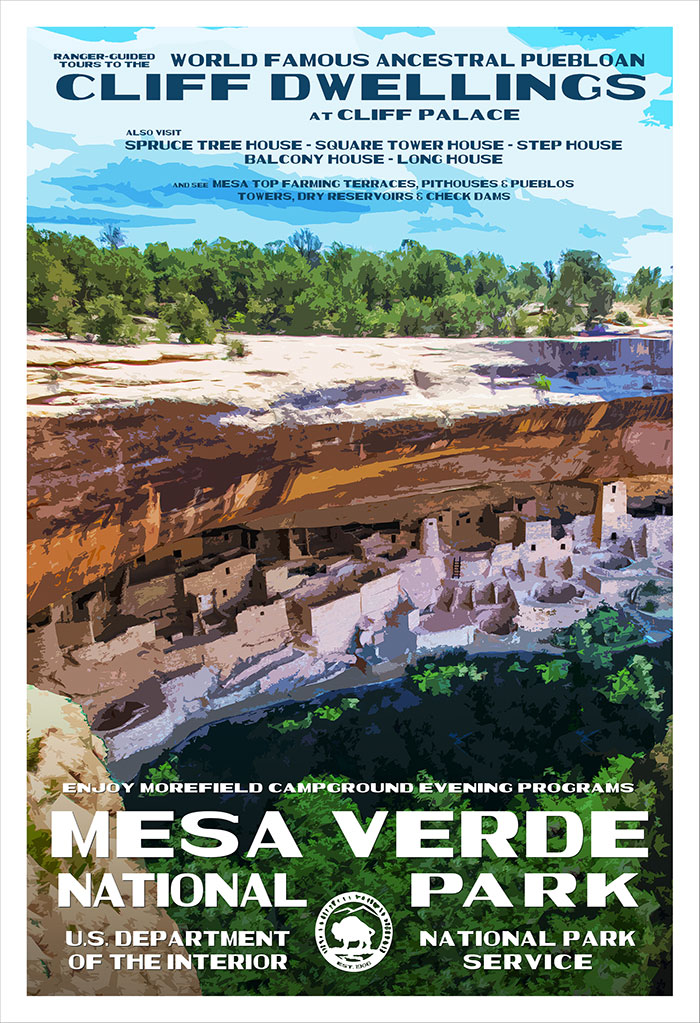 “In an ever-increasing digital age, I think it’s important to step back every once in a while and unplug, take a deep breath, and feed the soul,” Decker notes. “Taking the opportunity to relax and reflect on life is important, as is the chance to learn new things, create life-long memories or experience something that could only happen in a national park, like the annual elk rut in Rocky Mountain National Park.” 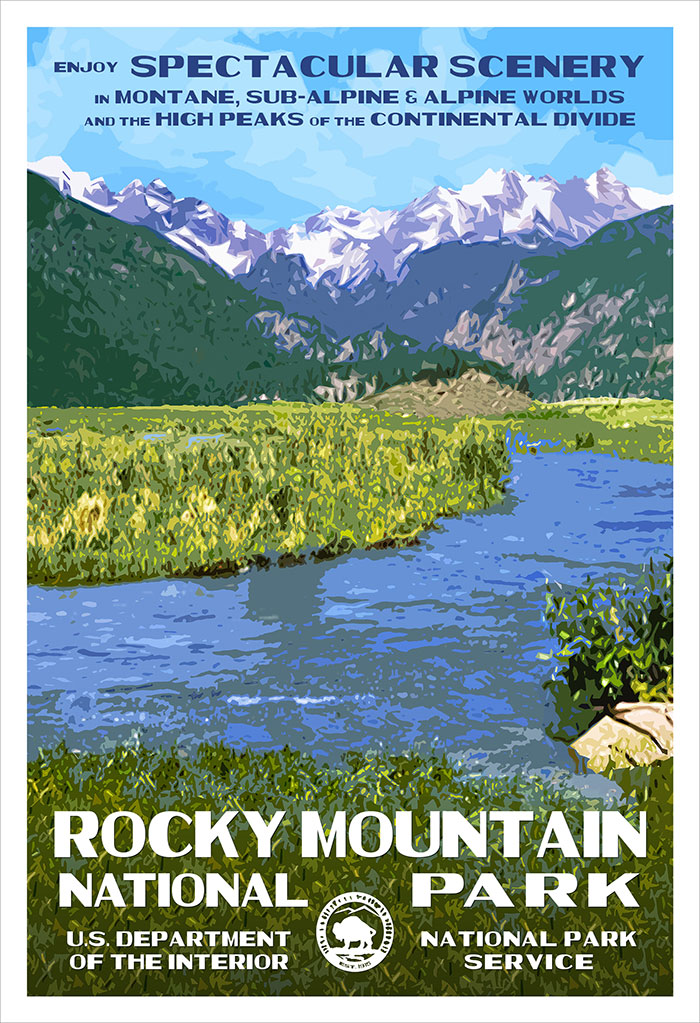 Keeping in mind the mission of honoring our protected lands, Decker chose an environmentally-friendly printing option for the posters. Every poster, artist proof and postcard he produces is printed in the USA on 100%-recycled, domestically-produced stock with soy-based inks. “Not only do we need to protect the national parks, but we need to protect the planet. Recycled paper, and soy-based inks are just one way to do that,” says Decker.

Decker also donates 10% of his annual profits back to many organizations that support our national parks.

For more information on Rob Decker’s national parks posters, or to find your favorite park in nostalgic illustration, visit national-parks-posters.com.