A Steer in a Tea Room

You’ve heard of the saying “a bull in a china shop,” but what about “a steer in a tea room?”

Denver’s Brown Palace Hotel & Spa is named for Henry Cordes Brown who arrived in the gold rush in 1860 and purchased several acres of land including a triangle plot at the corners of what is now Broadway, Tremont, and 17th Street, where he grazed his cow.

Brown was a visionary, and work on the Brown Palace began in 1888, with no expense spared. An architectural masterpiece, it was designed by Chicago architect Franke E. Edbrooke, who designed many other landmark buildings that still stand and are listed on the National Historic Register. 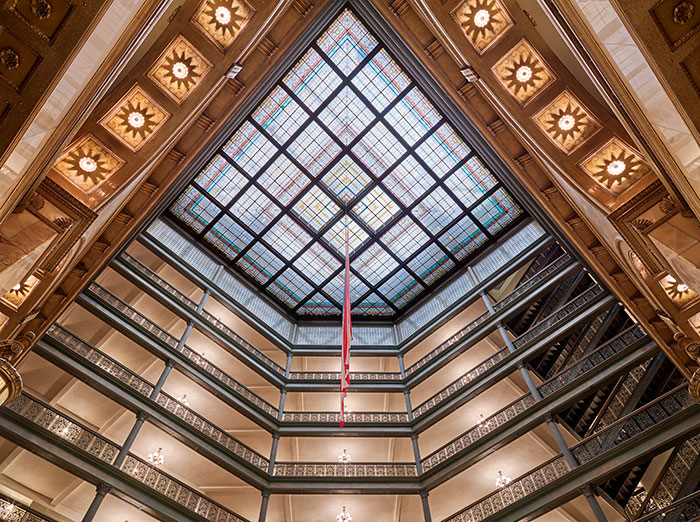 The lobby interior is designed in Italian Renaissance style, faced with gold onyx from Mexico, with a breath taking eight-story atrium and stained-glass ceiling, the perfect setting for the Brown’s famous high tea.

It is also the backdrop for a visit from the National Western Stock Show Grand Champion steer. 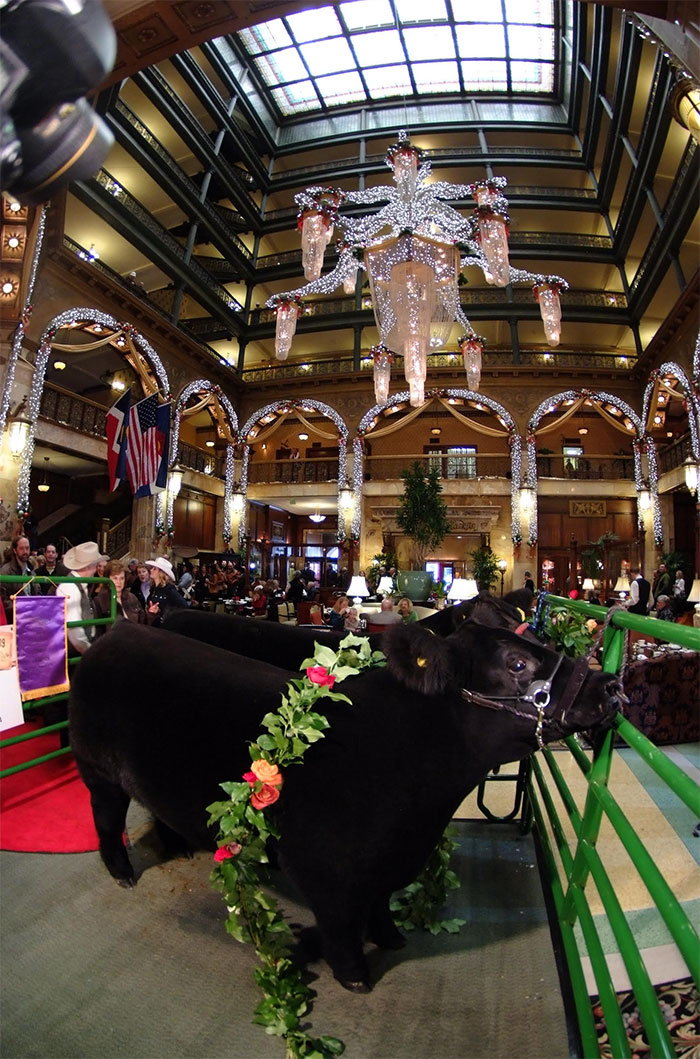 Each year on the last day of the National Western Stock Show & Rodeo, the Grand Champion steer is paraded through the elegant lobby to a pen where it resides for two hours amidst the guests enjoying tea and scones.

The event is open to the public who come to take their photos with the celebrity steer with the line stretching around the block. 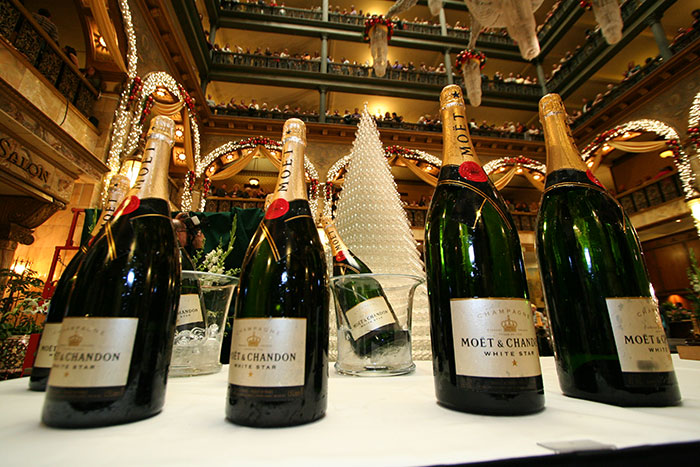 After all the, The Brown Palace has a global reputation, its slogan “Where the world registers.” As the lodging choice from rock stars to presidents—and a last visit from the Western Stock Show Grand Champion Steer.

It’s a bitter-sweet event for the steer, but perhaps not a bad place for its final hours. And it seems fitting, that once, Henry Cordes Brown’s cow grazed in this very spot.