A Ride on the Cumbres & Toltec Scenic Railroad

What rolls over 64 miles of track, crosses the Colorado-New Mexico state line 11 times, and winds through some of the most beautiful stretches of landscape on the planet? It’s the Cumbres & Toltec Scenic Railroad, and it’s the highest and longest steam railroad in North America. It’s also the most authentic.

I had the pleasure of riding the Cumbres & Toltec in May of this year with my photographer friend, Alanna Brake. Our trip started in Antonito, Colorado, a town that time has forgotten but Hollywood has not. This dusty little town has been the location for a handful of films including “Indiana Jones & the Last Crusade” and more recently, “A Million Ways to Die in the West.” And the Cumbres & Toltec Scenic Railroad has been featured in most movies filmed here. 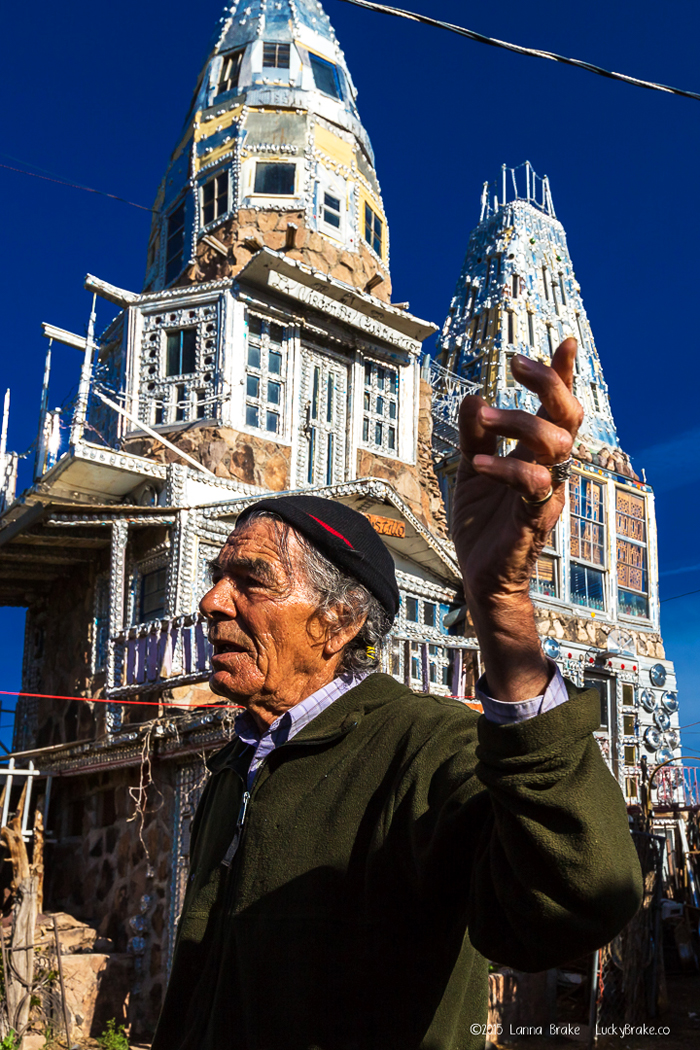 Cano, the owner and creator of Cano's Castle in Antonito, Colorado

When we arrived in Antonito we visited the Indiana Jones’ Home. Now a bed and breakfast, this is where Indiana Jones’ childhood scenes in “The Last Crusade” were filmed. We also stopped by Cano’s Castle. The “castle” was built by a rather eccentric man who has used beer cans and other metallic objects to build his creation which is dedicated to Jesus.

After a good night’s sleep at the Steam Train Hotel, we boarded the Cumbre & Toltec. I’ve ridden a number of scenic trains and one of the most interesting aspects of this ride is the length and the diverse landscapes we traversed through. As we pulled out of Antonito a herd of antelope ran alongside the train and I felt as if I was starring in my very own Western movie.

Eventually we began to climb and from the open-air observation car, the smell of pine grew strong. In May the higher we went, the wetter the world became. Big ponds of water reflected the blues skies and puffy clouds above us. 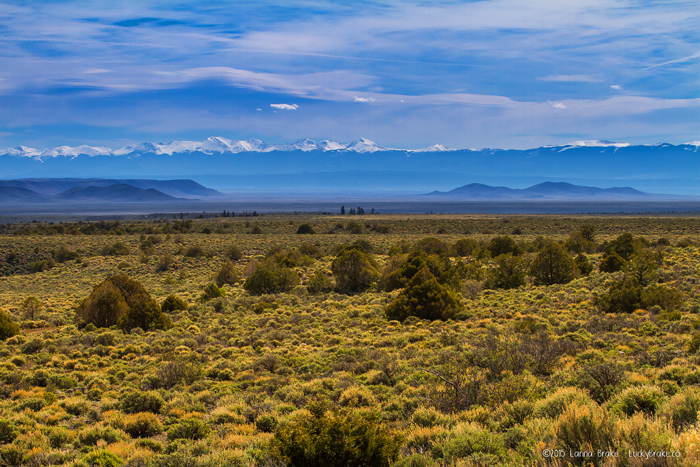 The view from the Antonito, Colorado side on the Cumbres & Toltec Scenic Railroad

At the top of Cumbres Pass, 10,015 feet above sea level, the air was chilly. At this point the train starts down towards Chama, New Mexico, rolling through tunnels of aspen trees. The Cumbres & Toltec passes thousands of aspen trees during its 64-mile journey, so I can only imagine what it’s like in the Fall.

As we rolled into Chama, an authentic, tree-dotted, mountain railway town, a thunderstorm was beginning to brew. We ran to a waiting car that would transport us a few blocks to the Gandy Dancer Bed & Breakfast, our home for the night.