A Guide to Skijoring in the West

Skijoring is a winter sport with an unknown origin. It involves an individual being pulled on skis behind dogs, a horse, or a motor vehicle such as a snowmobile. The first skijoring competitions were likely held in Scandinavia, but no one knows for sure.

If this sport sounds a little dangerous—it is. Watching these races will take your breath away. In the Western United States skijoring competitions featuring horses and skiers take place from Wisdom, Montana to Leadville, Colorado. 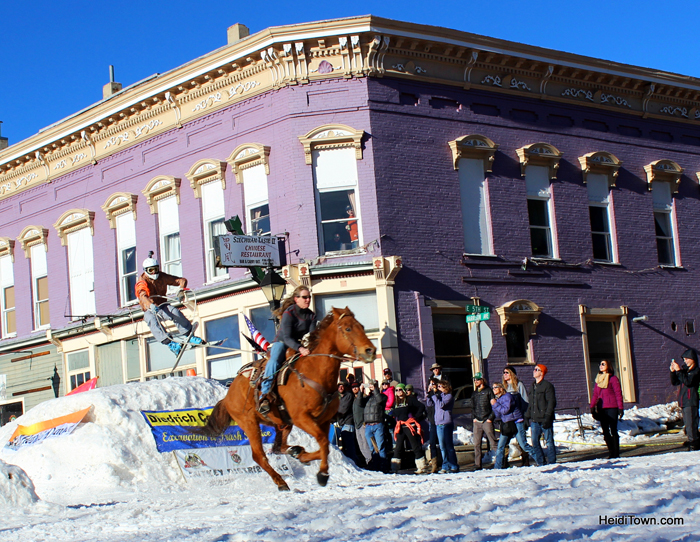 The Wild West comes alive every March during Crystal Carnival & Skijoring Weekend (March 4 to March 6, 2016) in Leadville. This competition isn’t just for show; these are real competitors competing in the Skijoring Championships, and they take their business very seriously.

I believe Leadville is one of Colorado’s most authentic towns, and a visit here is to take a step back into the state’s colorful history. 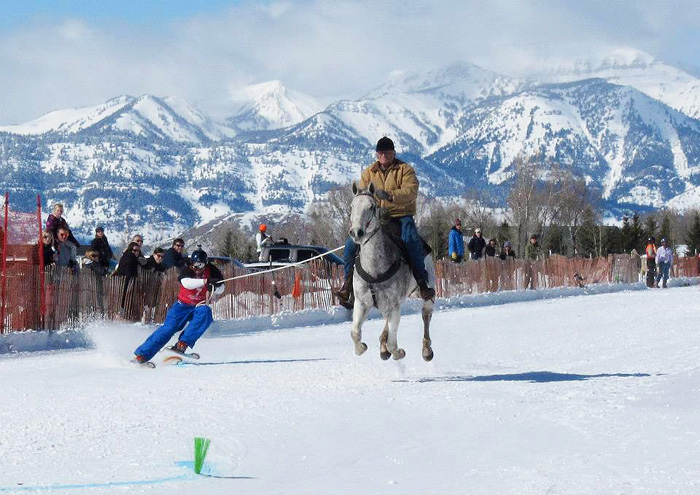 The 6th Annual Jackson Hole WinterFest is another place to witness skijoring this winter. The two-week event (Jan. 29 to Feb. 15, 2016) is a cornucopia of winter delights and even includes dog sled races on January 29.

This year’s WinterFest’s skijoring extravaganza takes place February 6 and 7 and is part of the 4th Annual North American Skijoring Championships. 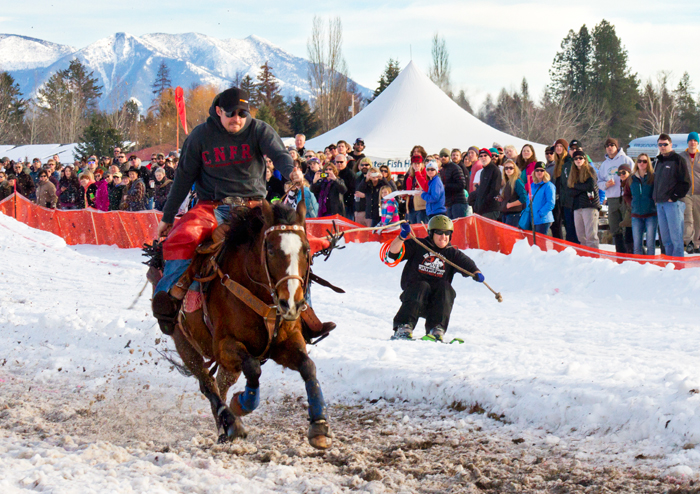 The World’s Invitational takes place annually in Whitefish, Montana. This year’s skijoring invitational is scheduled for January 31. For 10 years this event has been wowing visitors to Whitefish where the cowboy spirit is alive and well. Stick around for Whitefish’s 57th Annual Winter Carnival (Feb. 5 to Feb. 7, 2016).

Another skijoring event occurs at Winter Carnival in Steamboat Springs, Colorado (Feb. 3 to Feb. 7, 2016). I’ve attended this festival multiple times, and the best part is that all age groups ski down Main Street during the skijoring events. Nothing is cuter than an eight-year-old girl in all pink skiing behind a horse down Main Street.

17 Mountain Homes in the Winter