A Family’s Tradition of Handcrafting Toboggans

The Northern Toboggan Company handcrafts equipment for connecting to the outdoors 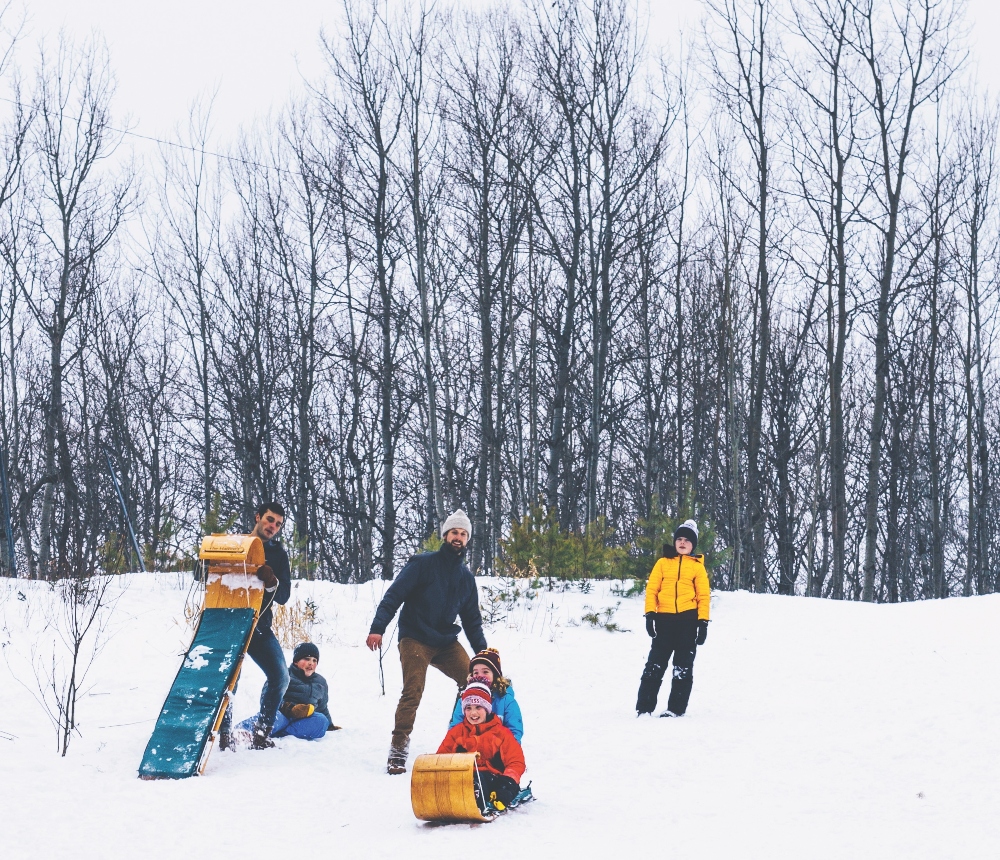 The Harren family makes some of the best toboggans on the market, whether they’re for sliding downhill or transportation across the harsh tundra. Photos courtesy of Northern Toboggan Co.

Sled, komatik, toboggan—for the Harrens, these words mean one thing: a way for families to connect to the land. Whether you use your sled for hurtling down hills or for hauling supplies across the tundra, it represents a relationship to the outdoors. The Northern Toboggan Company has taken this philosophy and turned it into the high-quality outdoor winter equipment it creates for myriad uses: recreational, subsistence and survival, and everything in between. 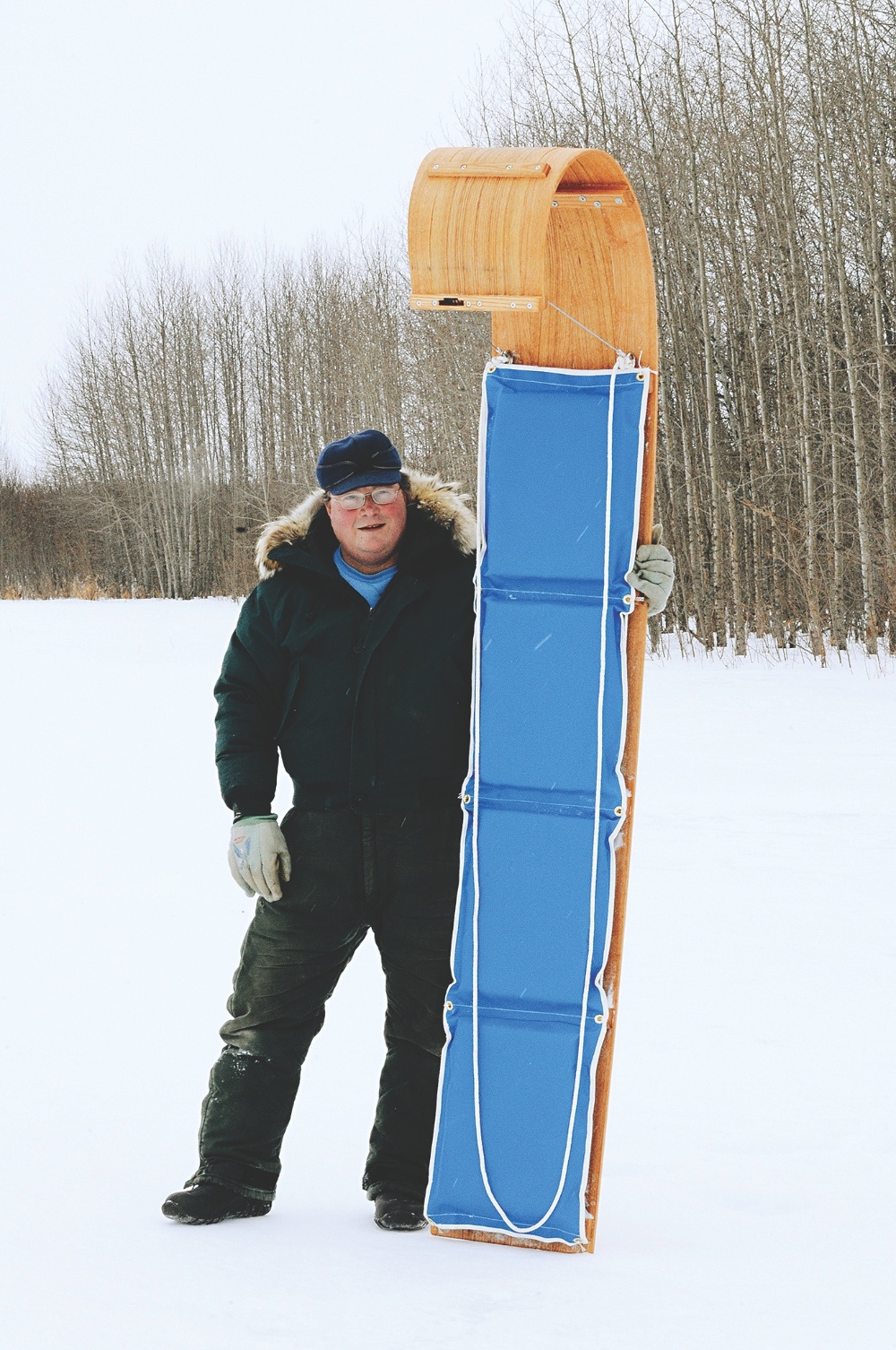 The 1800s Toboggan is faithful to the cargo sleds British troops would ride downhill when bored, stationed on a mountain in Canada during the Seven Years War—widely thought to be the first recreational sled use.

Like many entrepreneurs, sled maker John Harren’s journey began with a demand and the inspiration to satisfy that demand. He was a self-employed carpenter based in Warroad, Minnesota, when his uncle told him about the increasing scarcity of the toboggans and komatiks (a type of freight sled) essential to First Nations communities in northern Canada. Through him,  John met retired toboggan maker Milton Cheboyer. “Long story short,” says Harren, “we hit it off well and Milton agreed to help set up my shop and give me a tutorial on sled making.” 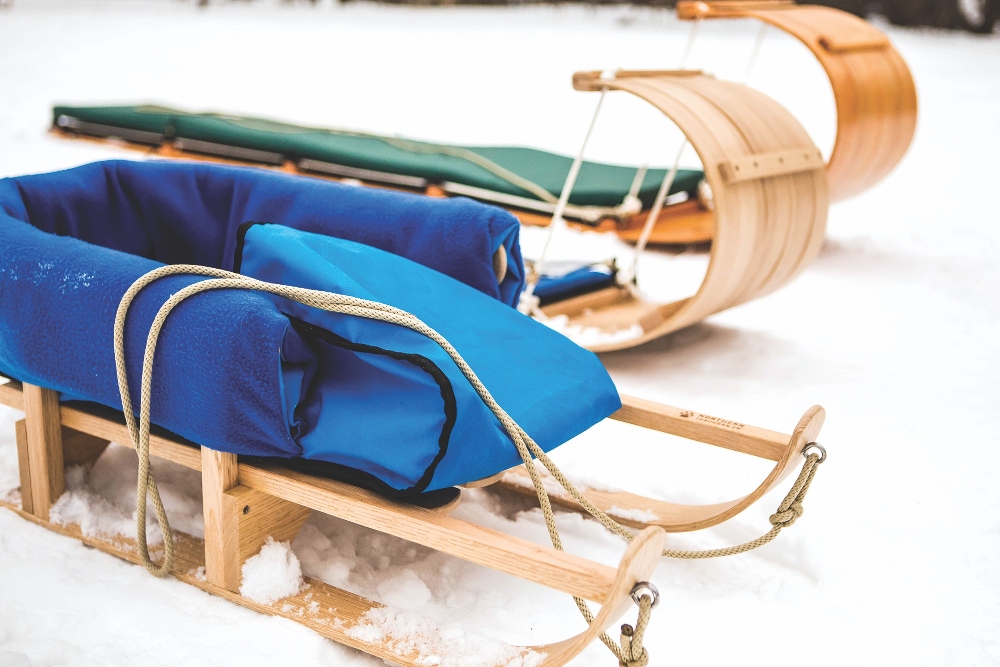 Each sled represents a history and a traditional process.

In 1995 the Northern Toboggan Company was born as a family enterprise. “Everyone was involved and positive about the effort,” Harren recalls. His sons, Jackson and Gabriel, grew up helping in the shop. Fast-forward 25 years, and they’ve returned to Warroad with families of their own. Jackson, an industrial engineer by trade, is slowly moving into a leadership role in the business. 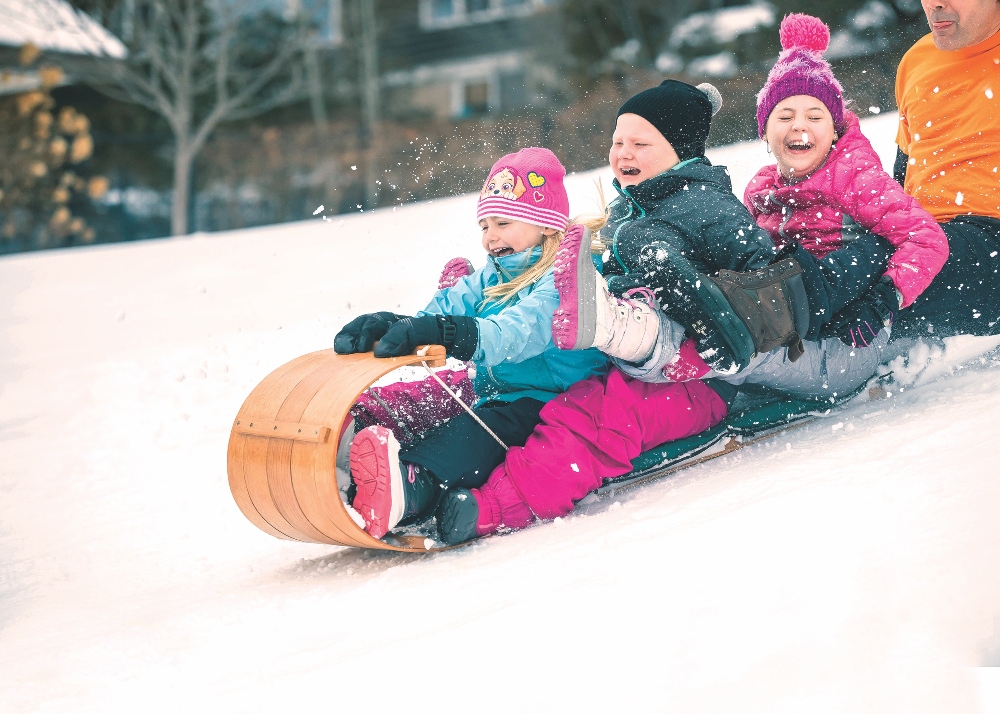 Their classic toboggan comes in three sizes: 4, 6 and 8 feet, so everyone can join in the fun. 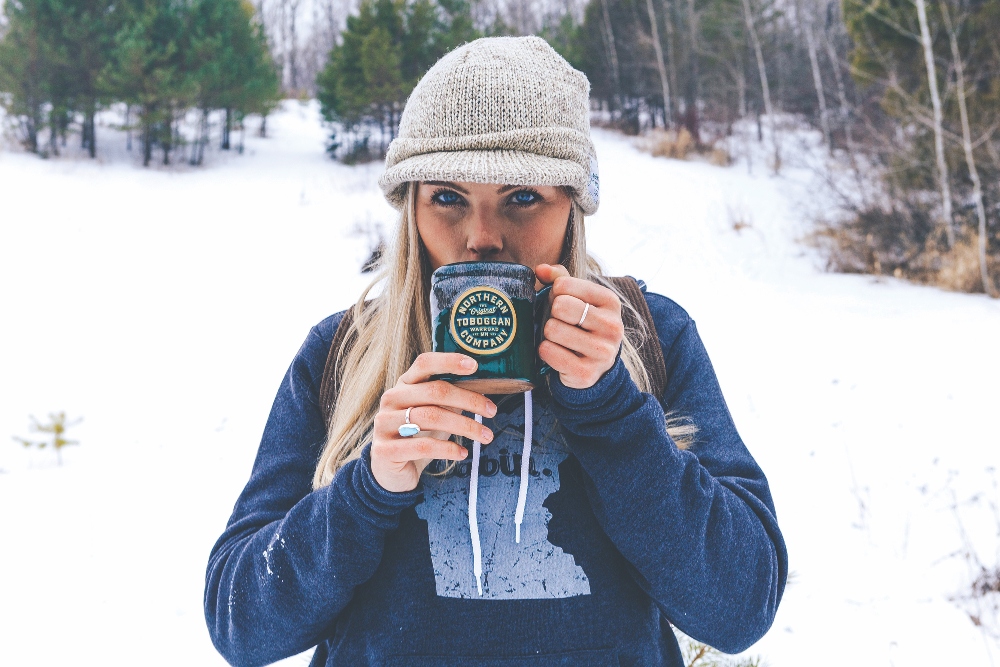 Gabriel handles marketing and strategy. “We’ve always built together, my brother and I,” he says. “It’s what we do in our free time.” Now, they’re building the next chapter in the company’s journey and have seen their business triple in size over the past few years. 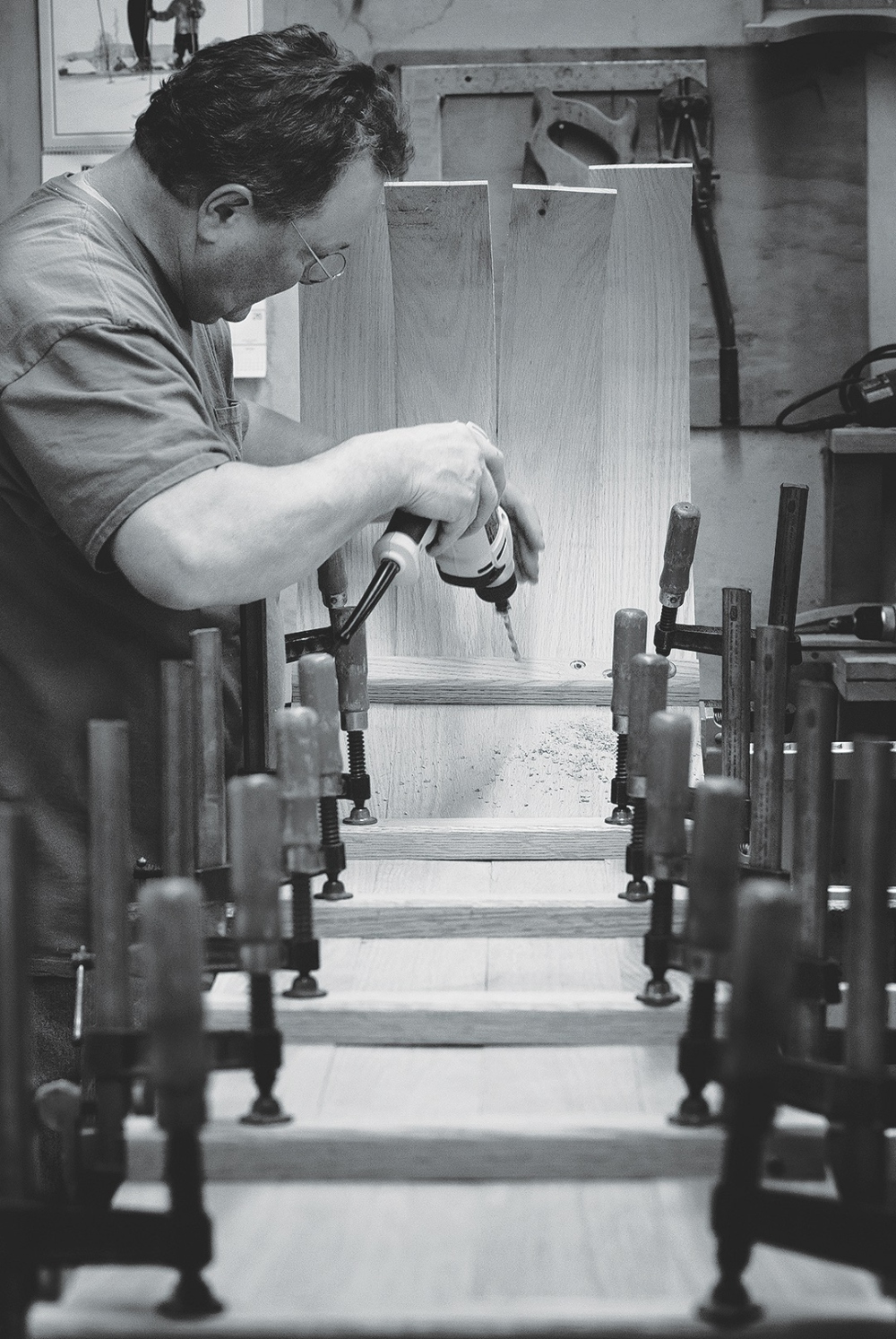 To obtain the high-quality wood for their traditional toboggans, the Harrens source red oak from the eastern regions of North America, relying on partnerships with sawmills and bespoke lumber distributors. “The wood is hand-selected at a higher grade than the lumber industry’s typical highest grade,” says Jackson. 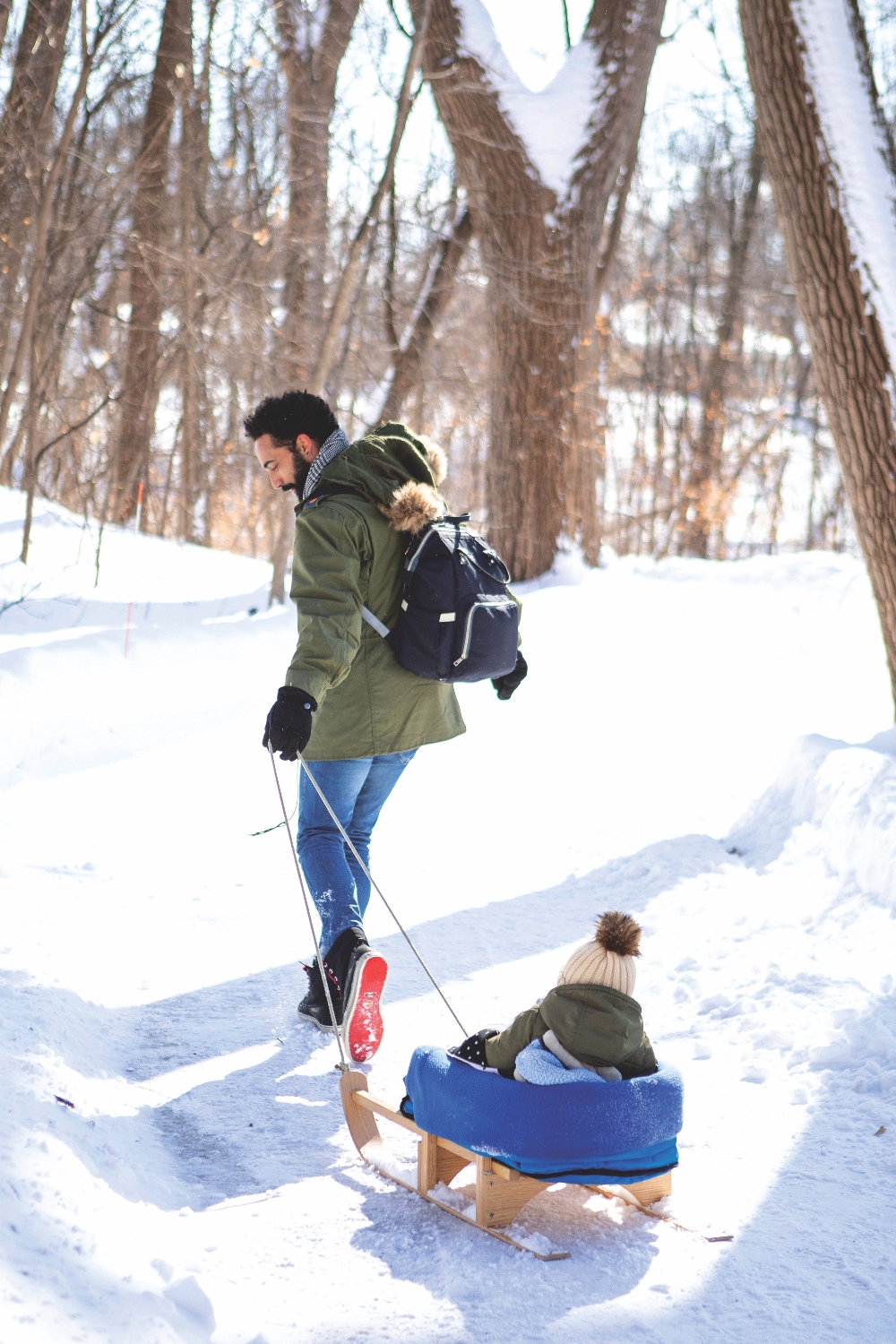 John cuts the wood to size and steams the ends in an electric boiler, then bends the wood slabs around a wooden jig—and after leaving the slabs for a week to set, the desired curl is achieved. 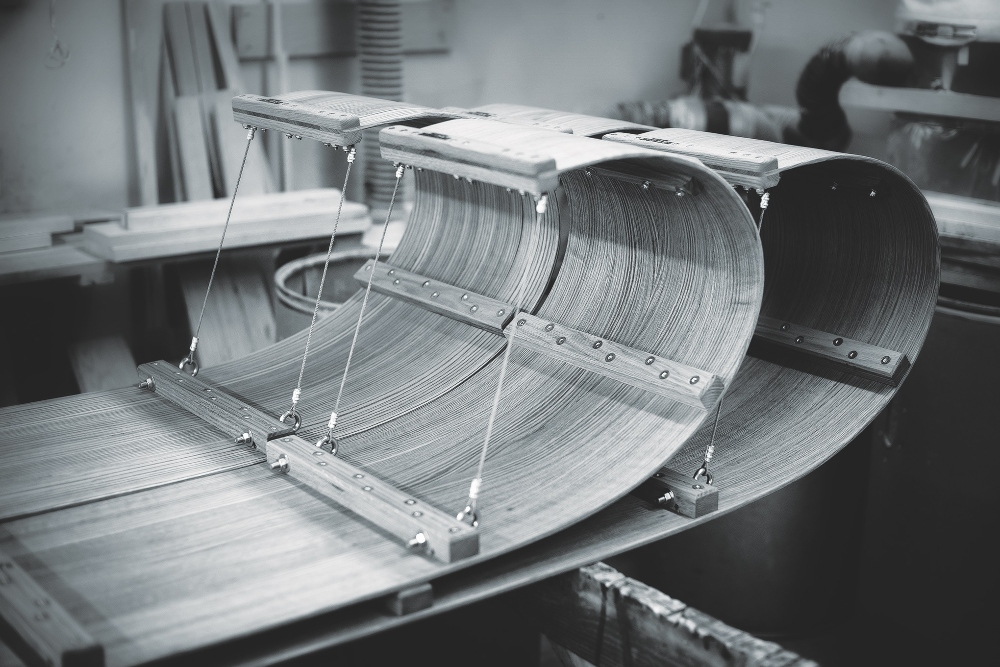 The toboggan’s distinctive curl was developed so that it could glide over rocks.

Next comes the assembly of the toboggan, which contains a universe of nuance. “The consistency my dad has for each toboggan is just amazing,” says Jackson. To fully understand the knowledge that goes into making sleds, you have to look back to their utility. “The reason the toboggan is curled, for example, is simple, but also genius: it’s so it can go over things.” Modern machines like snowmobiles and ATVs are useful, but nothing replaces sleds for transportation in the rugged north. 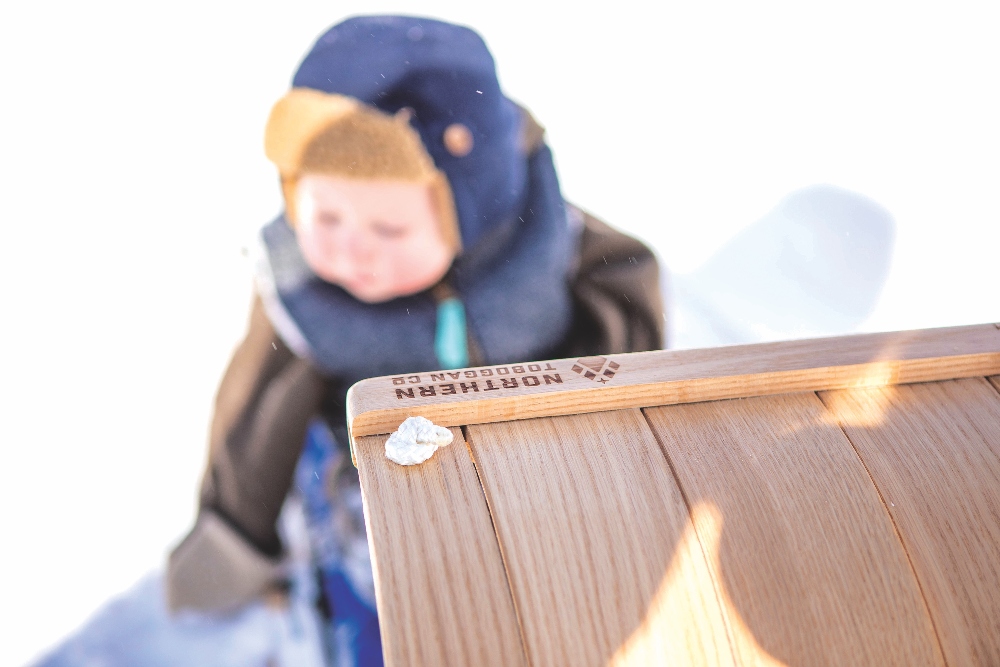 “There’s nothing like a toboggan that brings a family together,” says Jackson Harren. His family grew up sledding together, and now they share that joy with their clients.

Each piece draws on centuries of technique and is designed to be a family heirloom. “That’s what the toboggan is,” says Gabriel. “Whether it’s helping people stay on the land in northern Canada, or allowing a kid to put their phone down and spend some time with their dad, it’s another way to experience life.”

Sculpted Stories Made of Wood and Bronze

An Artist on the Miracle of Creation

Meet the Artist Behind the Ski Maps