A Beautiful 24 Hours in Buena Vista

Buena Vista is known as a rafting and kayaking Mecca. After all, it’s located along the Arkansas River, a place kayakers from around the world have on their must-paddle list. However, it’s become a town that visitors enjoy year round. (And if the three weddings in town on September 8 was any indicator, it’s also become a big place for destination weddings.) 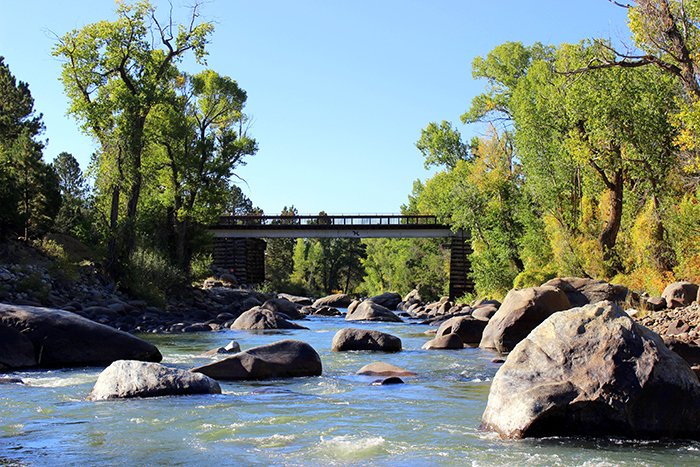 We’ve been venturing to this region of Colorado for nearly 20 years because there’s a family home in the area. We’ve driven through Buena Vista several times and remember it as a sweet and sleepy little river community that’s a little bit hippie. This is not the case today.

Buena Vista, like many other small towns in Colorado, has undergone a renaissance, and on a Friday in September, it didn’t feel sleepy at all—it was hopping. 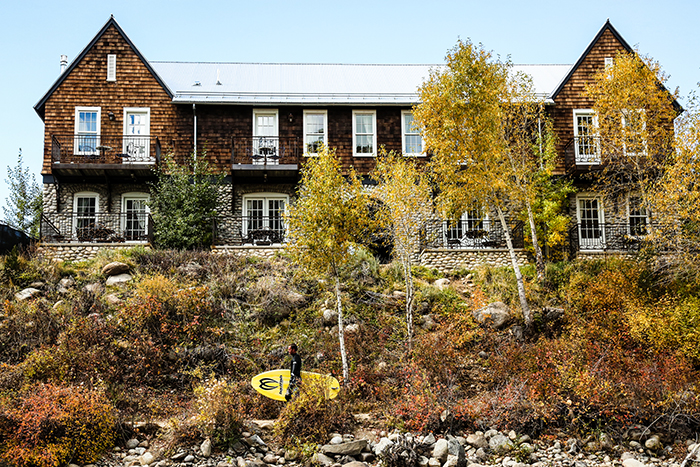 We were booked for one night at the Surf Chateau. The brand new Surf Hotel, which opened this past May, and its sister hotel, Surf Chateau, are both a part of the South Main development. This is a planned community along the Arkansas River that features homes, businesses and lodging. The Surf Hotel marked the end of phase one of the development. 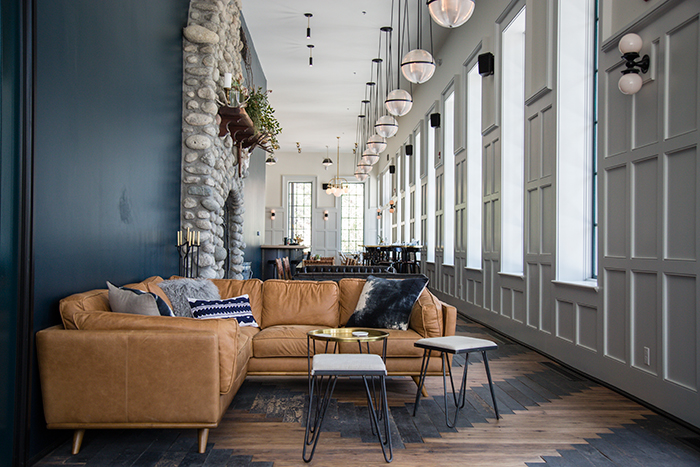 Our hotel was about 20 minutes from downtown Buena Vista on foot and just a couple minutes by car. Our airy king room had a French flair and a balcony that overlooked the river. The Surf Hotel, next door, features a ballroom and was hosting two weddings on the weekend we were in town. 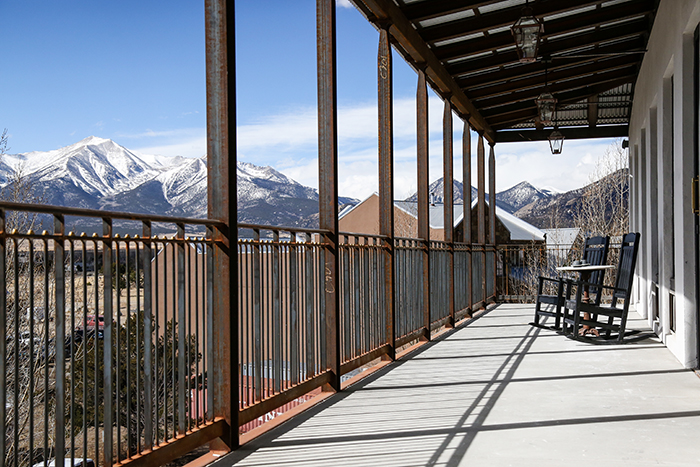 The Surf Hotel also features a restaurant called Wesley & Rose. They serve up food from a farm just a mile away. The hotel will eventually house a spa and have a pool.

Our first stop was at Eddyline Brewery on Linderman Avenue. I’ve been drinking their beer for years, and their Grapefruit Yanker IPA was my go-to beer all summer. Thankfully, it’s now going to be a year-round beer. Our beer fridge must not be the only one filled with the stuff.

Downtown Buena Vista is cookie-cutter photogenic with pretty old buildings and a small-town ambiance. It also feels new, with trendy restaurants and coffee shops on every corner. The blend of old and new is on full display at The Jailhouse, a craft beer bar that is located in the town’s original jail. Sarah, the owner, keeps the kegs turning over and is always serving something new to her clients, like Bell’s amber (Michigan) or a sour beer by Breakside (Portland, Oregon). 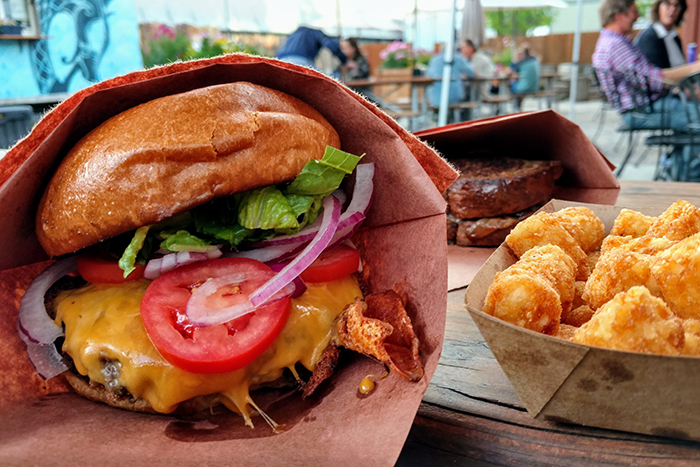 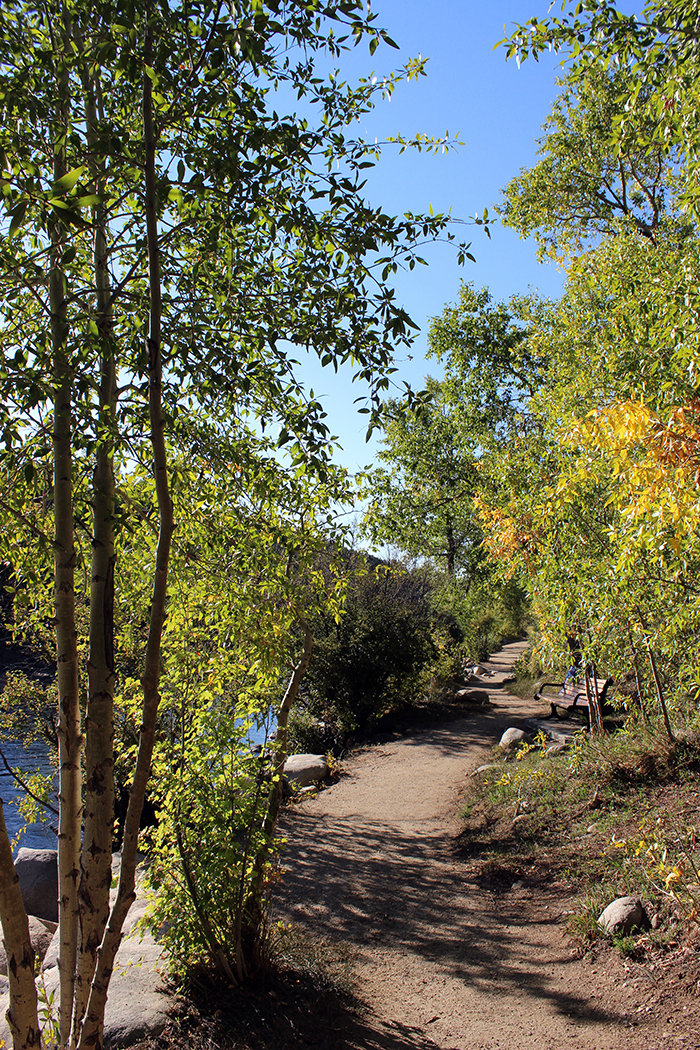 The next day, after breakfast at Evergreen Cafe, a Buena Vista tradition since 1950, we took a hike along the river’s edge. The Riverside Trail passes directly in front of the Surf Chateau and Surf Hotel. We walked the Riverside Trail until we reached the bridge and crossed to the Barbara Whipple Trail.

The leaves were hinting at a change of color along the Arkansas River, but peak color was not going to be for a couple of weeks here. We hiked for about an hour and then headed back to check out of our hotel.

On such a quick trip we only scratched the surface of what this gem of a town has to offer, and I can’t wait to go back and explore Buena Vista again.