From Montana to Colorado, get into the spirit of the season with stories of these spooky sites 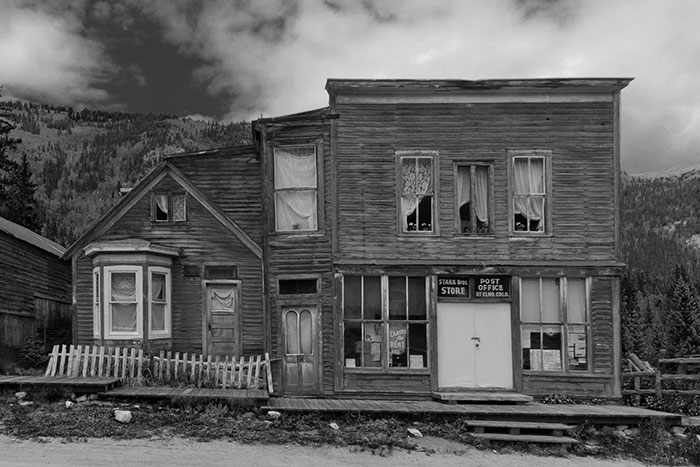 Autumn in the mountains is a magical time. We’re surrounded by stunning colors from the changing leaves, cooler temperatures and a seasonal slow down. With a slight crisp in the air and Halloween just around the corner, it’s also the perfect time to get into the spirit of the season and embrace the spooky history of the Mountain West. 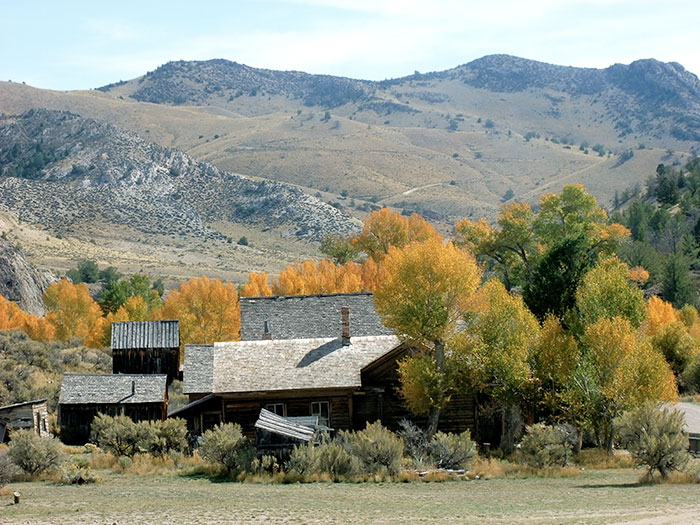 Whether it was part of the rush to find gold or other valuable minerals, once the goods were used up and mines ran dry, residents packed up and left their homes, shops, saloons and more. Some towns have aged with the years, and some look as if no time has passed.

Whether you plan to visit or are just in for an eerie tale, here’s our roundup of 6 famous mountain ghost towns. 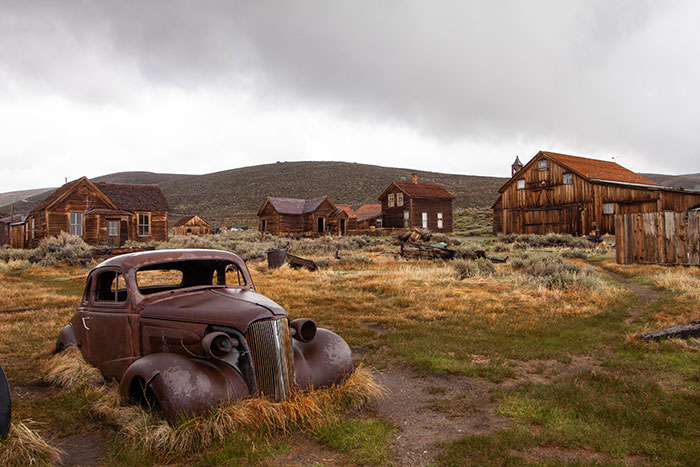 Bodie State Historic Park is a genuine California gold-mining ghost town. Walk down the deserted streets of a town that once had a population of nearly 10,000 people and more than 2,000 buildings. In 1875, a mine cave-in revealed pay dirt, which led to purchase of the mine by the Standard Company in 1877. After that, folks flocked to Bodie and transformed it into a boomtown. Bodie’s heydey was short-lived. By 1886, after the mines were depleted and miners and business people left for more lucrative areas, Bodie’s population decreased to 1,500 people. In 1932, a fire destroyed all but 10% of the original boomtown.

Designated as a National Historic Site and a State Historic Park in 1962, the remains of Bodie are being preserved in a state of “arrested decay”. Interiors remain as they were left and stocked with goods. Today this once thriving mining camp is visited by tourists, howling winds and an occasional ghost. 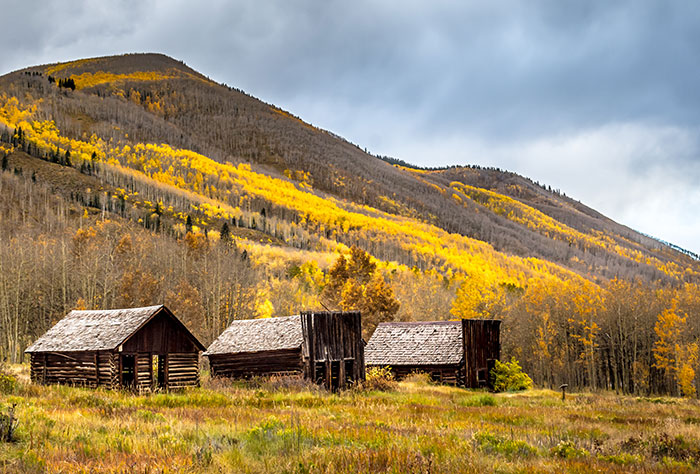 Located eleven miles up Castle Creek Road, the silver mining ghost town features the restored remains of several historic buildings, including the Blue Mirror Saloon, a post office, and the View Hotel. In the spring of 1880, prospectors Charles B. Culver and W. F. Coxhead left the boomtown of Leadville to search for silver deposits in the Castle Creek Valley. By 1883, the town had a population of around 2,000 with two newspapers, a school, sawmills, a small smelter, and 20 saloons.

As quickly as it boomed, Ashcroft went bust. The mines, which initially produced an amazing 14,000 ounces of silver to the ton, were just shallow deposits. Promised rail links to Crested Butte never materialized. Major strikes in Aspen lured away investors and workers. By 1885 there were just 100 summer residents. Years later, after stints as ski, mountaineering and dog sledding training facilities, Ashcroft is now a designated historical site to preserve the ghost town.

Guided tours and interpretive signage tell the stories of the former boom town nestled among spectacular alpine meadows at the headwaters of Castle Creek. 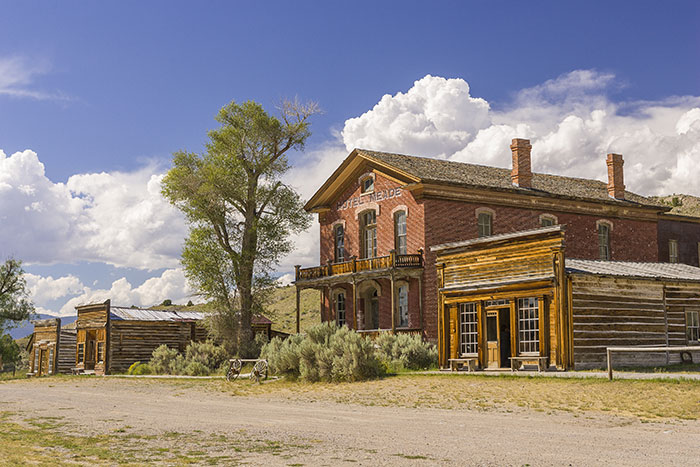 Founded in 1862 after John White discovered gold on Grasshopper Creek, Bannack gathered many prospectors and businessmen hoping to strike it rich. In 1863 gold had been discovered near Virginia City, sending many prospectors away in hopes of finding more luck there. Some people did stay in Bannack and continued to explore mining opportunities.

From the late 1860’s to the 1930’s, Bannack continued as a mining town with a fluctuating population. By the 1950’s gold workings had dwindled and most folks had moved on. The town was purchased by preservationists, and donated to the state in 1954 with the stipulation that it had to remain a ghost town. Today, over sixty structures remain standing, most of which can be explored. Reports abound of hauntings and ghost encounters. 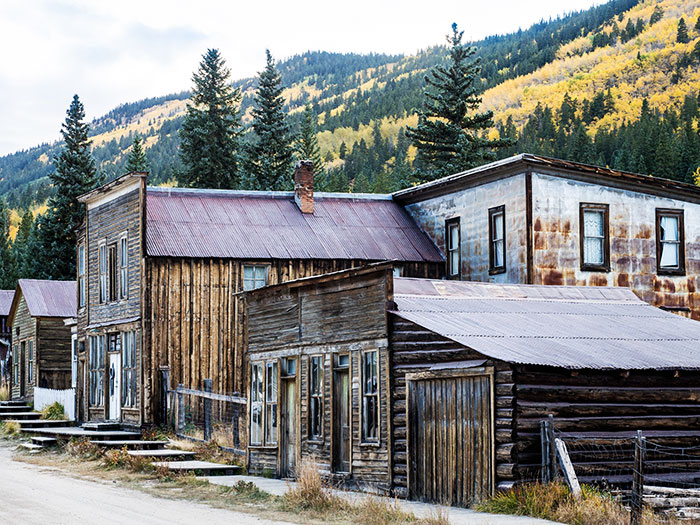 Founded in 1880 due to the rush of silver and gold mining, St. Elmo is one of the best-preserved ghost towns in Colorado. Its population reached a high of nearly 2,000 people. The town eventually boasted merchandise stores, five hotels, a telegraph office, a town hall, five restaurants, two sawmills, a schoolhouse, a weekly newspaper, and a number of saloons and dance halls.

St. Elmo was considered a hub town for supplies arriving by train, with the Denver, South Park and Pacific Railroad coming through the area. The town’s most famous residents, Tony and Annabelle Stark, braved the years alone after the all other residents abandoned the town once the mines ran dry. It’s said that Annabelle still haunts the town. 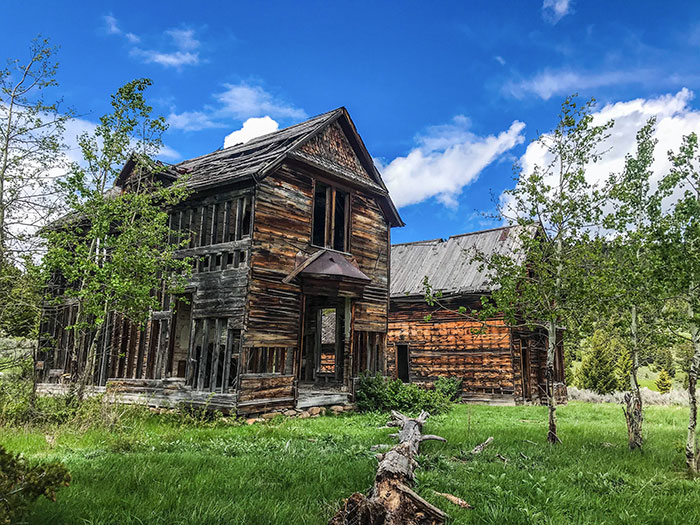 Located just south of White Sulphur Springs, Castle was once bustling with some 2,000 silver-mining residents. One of the most well-known tenants was the infamous Calamity Jane. After having lived a wild life in the boomtown of Deadwood, South Dakota for several years, and although it was short-lived, Jane tried to live a proper life running a restaurant in Castle before returning to Deadwood.

The Silver Panic of 1893 delayed the railroad, forcing many miners to leave. When the price of lead also dropped, the mine closed and Castle became a ghost town. Though there were short revivals in working over the next several decades, no effort was enough to revive the town. The last permanent residents left in the late 1930s. 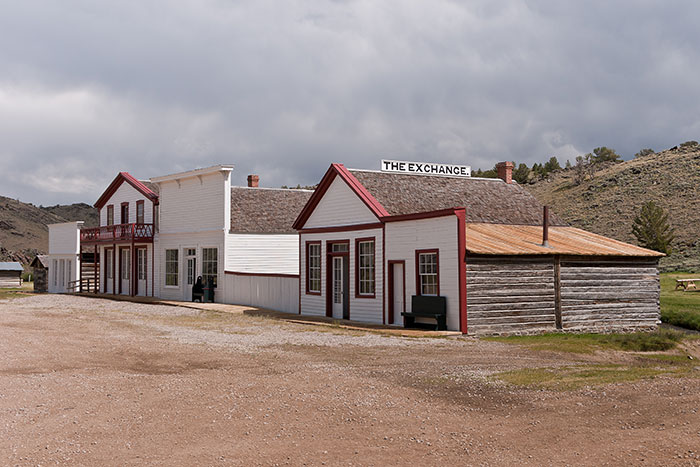 South Pass City got its start in the summer of 1867 when gold was discovered in the Wind River Mountains by a group of Mormon prospectors. Many buildings of the former gold mine still exist. During its heyday, South Pass City left its mark on American history, when a local saloon and mine owner named William Bright served in Wyoming’s First Territorial Legislature and introduced the first women’s suffrage bill. The bill passed in December, 1869 Wyoming became the first state where women could vote.

By the time of the Depression, the mine could no longer produce. Wyoming bought the land in the 1960s, and now visitors can tour cabins, restaurants, dance halls and a jail.