​Art is an integral part of our mountain homes and travels, and with good reason. With its ability to captivate and tell a story, an exquisite collection of artwork, historical or modern, is the ultimate luxury. Whether you’re exploring new places or curating your own personal art collection, being in the presence of beautiful artwork is truly a transcendental experience, while also connecting you further to the artist’s story or even your own.

The Rocky Mountain state of Colorado has a colorful history, down to its name (which is Spanish for “ruddy” or “red”). Colorado belonged to Spain and then Mexico before the United States and Mexico signed Treaty of Guadalupe Hidalgo, ending the two-year-long Mexican-American War and transferring what was Mexican territory to what we know now as the American Southwest. Much of this Mexican history can be felt in the culture of the West, most notably in its art.

Here we highlight pieces created by four Mexican artists whose works are the central focus of the art collection of The Sebastian – Vail—a private residence club and five-star hotel—where they are displayed. Each of their paintings and modern sculpture tells a unique story. 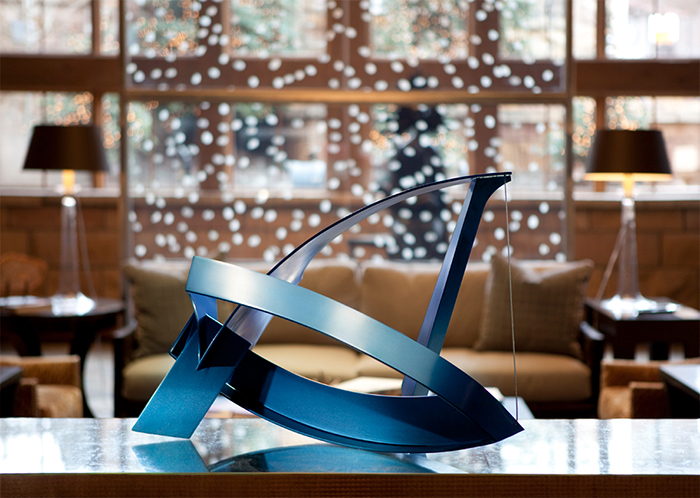 The work of Manuel Felguérez transcends medium and genre. Uniting painting and sculpture into a movement that writer Octavio Paz called “new muralism,” Felguérez’s works are shape-shifting, imaginative and striking.

Of particular note is a set of small, tabletop sculptures in painted steel that marry natural, organic shapes with an architectural approach.

XVII (pictured above) resembles a sailboat or a breaking wave.

Eight sculptures and four paintings by Manuel Felguérez are on display in The Sebastian – Vail’s library and lobby. 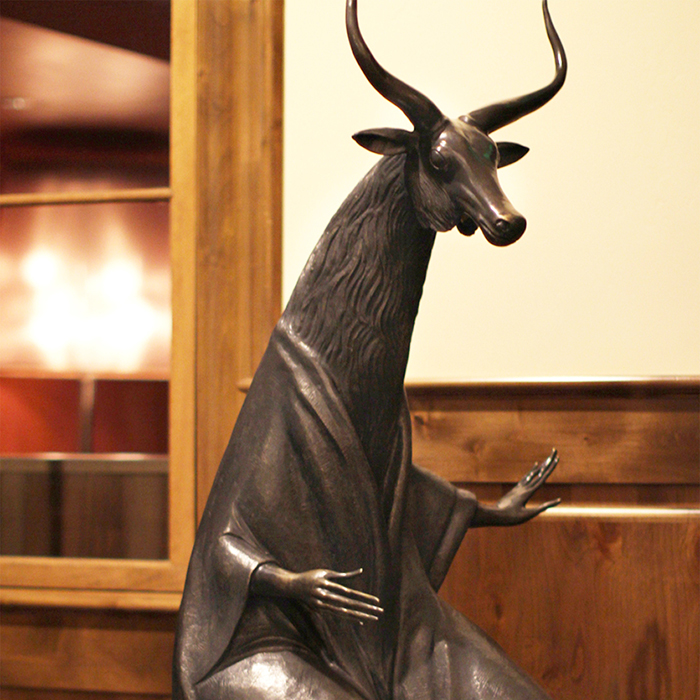 Married to Max Ernst and a contemporary of Dali and Picasso, 20th-century surrealist artist and writer Leonora Carrington found significant inspiration later in life in Mexico, where she lived for six decades.

A portion of her bronze works consist of slender figures with neutral expressions set in stoic poses. La Hija del Minotauro (The Minotaur’s Daughter) is a striking figure at the entrance to Leonora Restaurant (named after the artist). Seated with a flowing robe, the half-cow/half-human figure seems to gesture for calm with her hands, her slender neck almost reminiscent of a gazelle more than a bovine.

Seven of Carrington’s works are on display at the hotel. 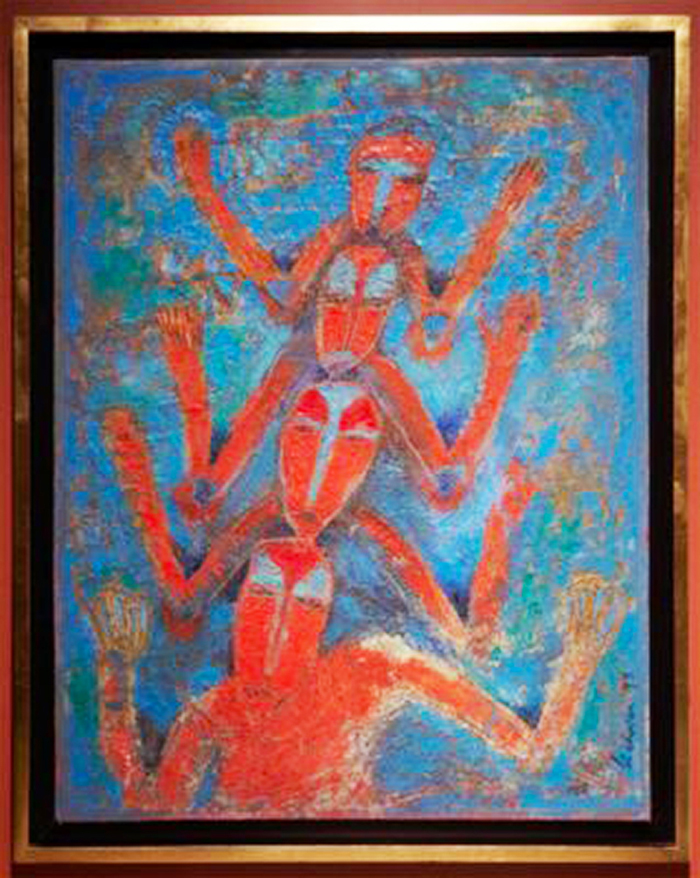 Victor Chaca was born in Oaxaca, Mexico in 1948, and his works incorporate sand on canvas, a brilliant and whimsical combination of color and texture.

Three of his works are located in the Leonora Restaurant, including Pyramid, which depicts four ochre-colored figures stacked on top of each other, their extended arms more expressive than their seemingly masked faces. 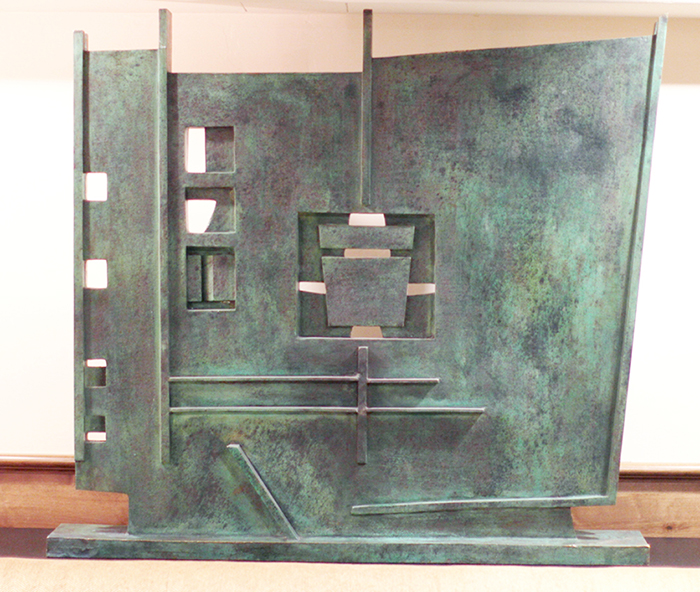 Gerzso was born in Mexico City in 1915, and his works have been exhibited at several major art museums around the world. In 1973, he was awarded a Guggenheim Fellowship.

Ford Fuller and Eric Wagenknecht are sales executives at Residences at The Sebastian – Vail. For more information, call them at 970-306-4444 or view the property profile.

Content for this article provided by The Sebastian – Vail. SaveSave