A look into the Centennial State's beautiful and beguiling abandoned places 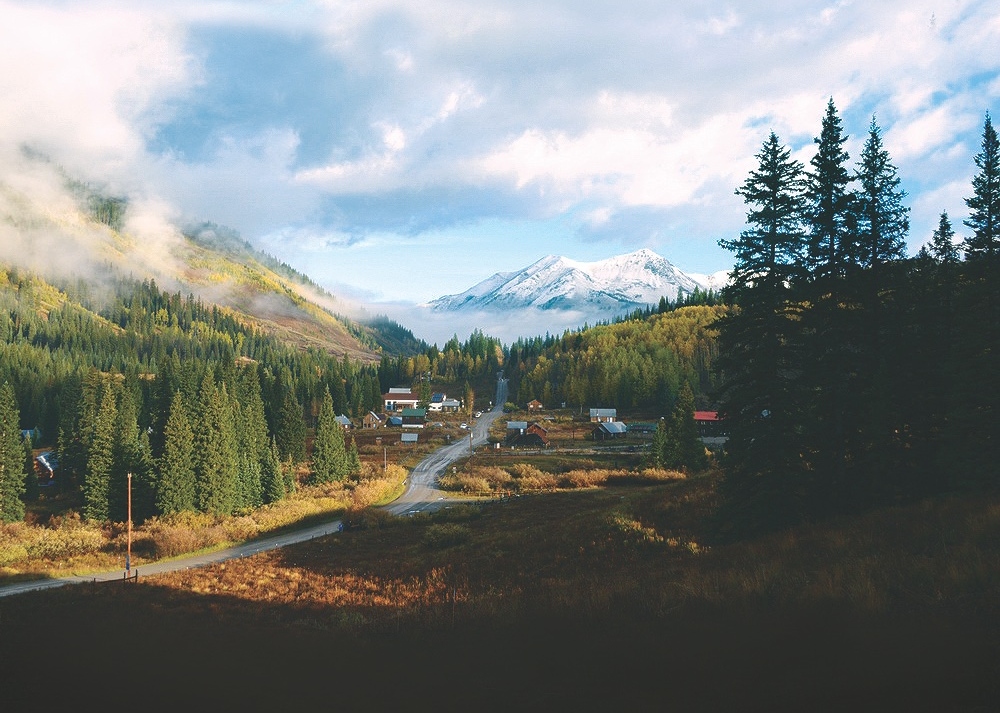 In Colorado, there seems to be a ghost town at the top of every precarious mountain pass. That’s because the lure of gold and silver caused prospectors to tempt fate. But when the ore all but disappeared, those settlements were abandoned, leaving everything to the elements. 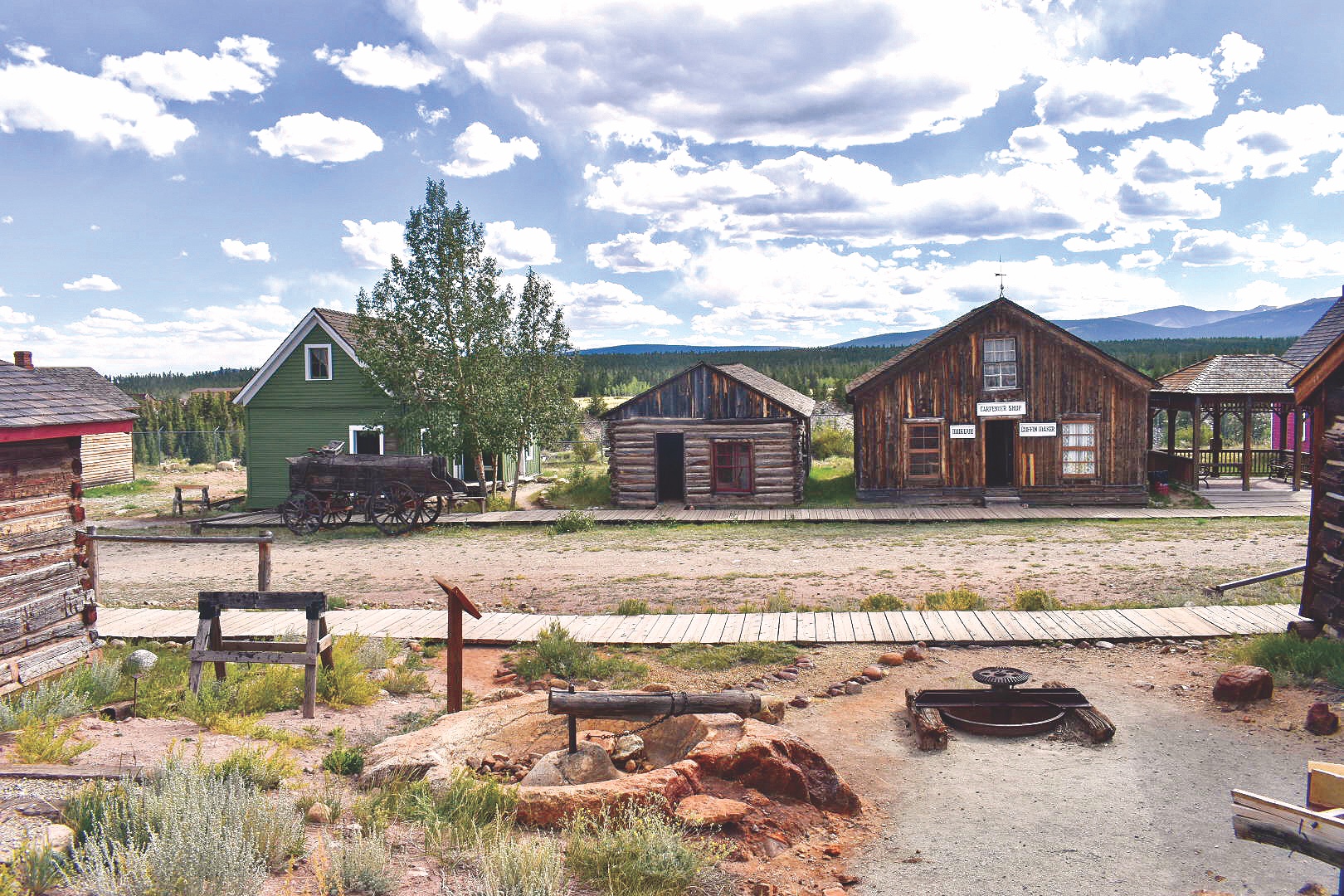 South Park City has been used as a film location for movies set in the Wild West. Each of its buildings contains artifacts from the Victorian era—everything from dolls and dentist chairs to bottles and blackboards. | Photo courtesy of South Park Historical Foundation

The discarded and the derelict now attract visitors who want to imagine the past while enjoying awesome views of wildflower-filled valleys and towering peaks.

Some ghost towns have little left but hollowed-out log cabins, while others feature reconstructed main streets with historical artifacts. These three ghost towns will transport you to another time—and let you imagine why the West beguiled so many with its beauty and bounty. 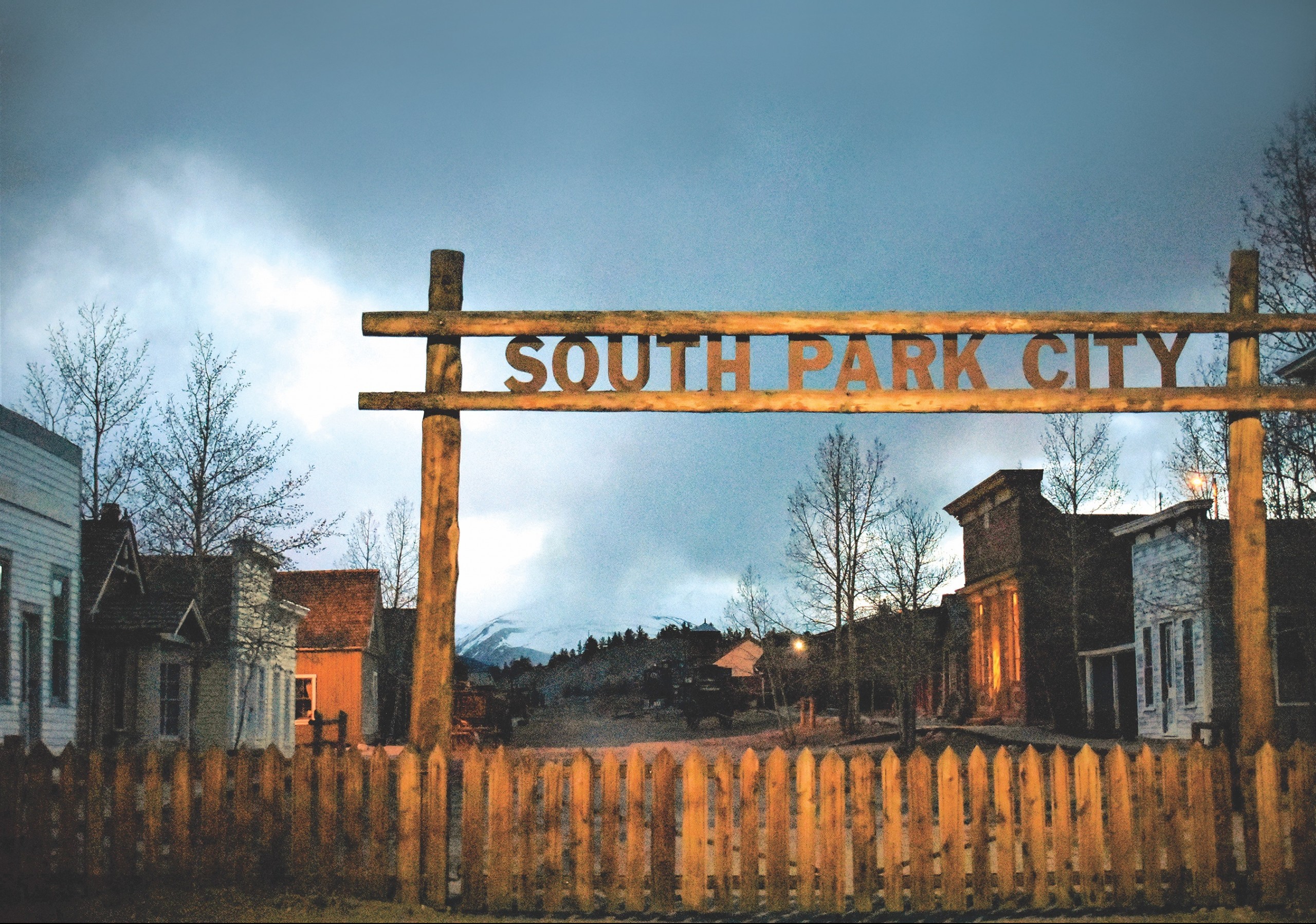 Of all Colorado ghost towns, South Park City offers the most in terms of quantity and quality. Curator Erin Pulsipher calls South Park City a ghost town museum. “It’s a whole mining boom town right in the middle of 21st-century Colorado,” she says. 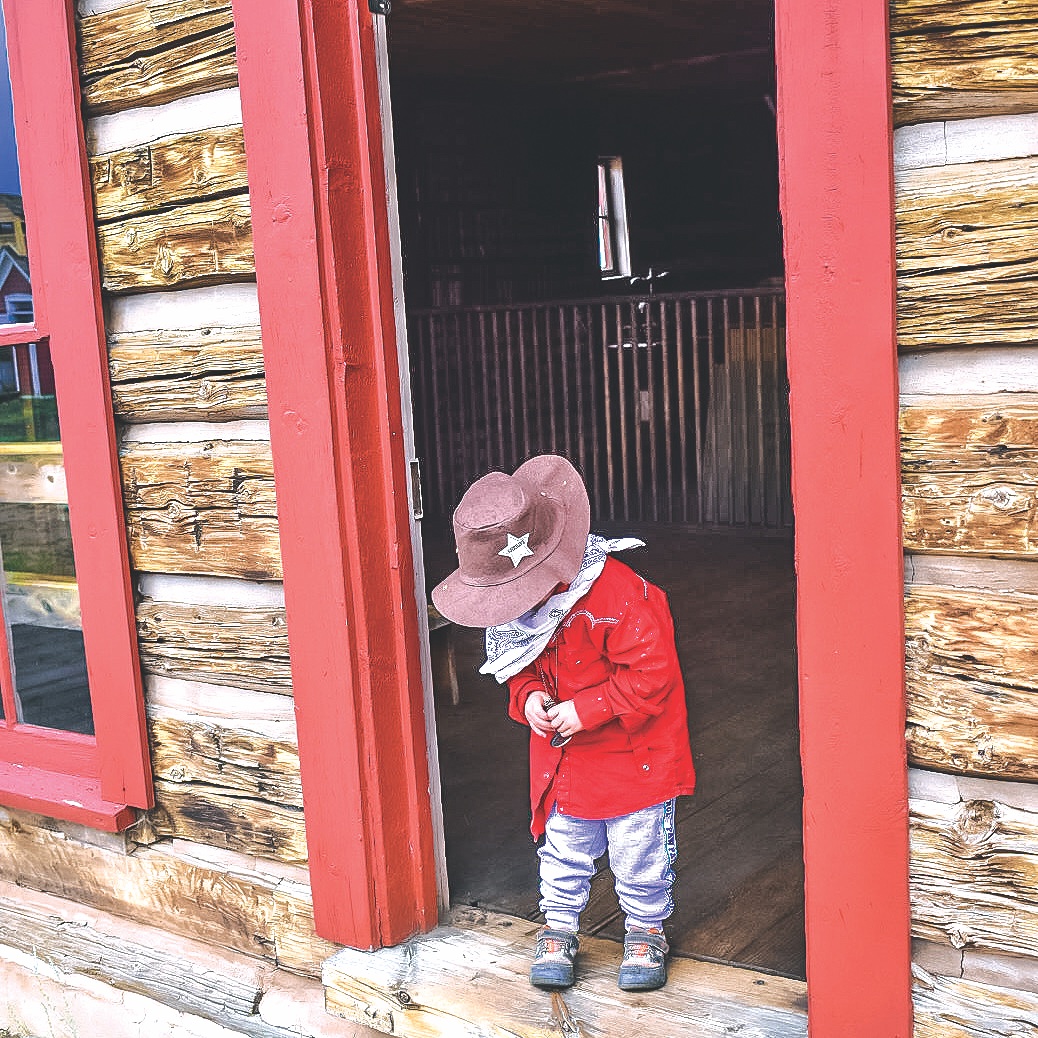 Seven of the town’s buildings are on their original foundations, and the rest were moved from different area mining settlements. The museum’s 44 historic buildings face each other on a reconstructed Main Street, each packed with curios (the ghost town has more than 60,000 artifacts). 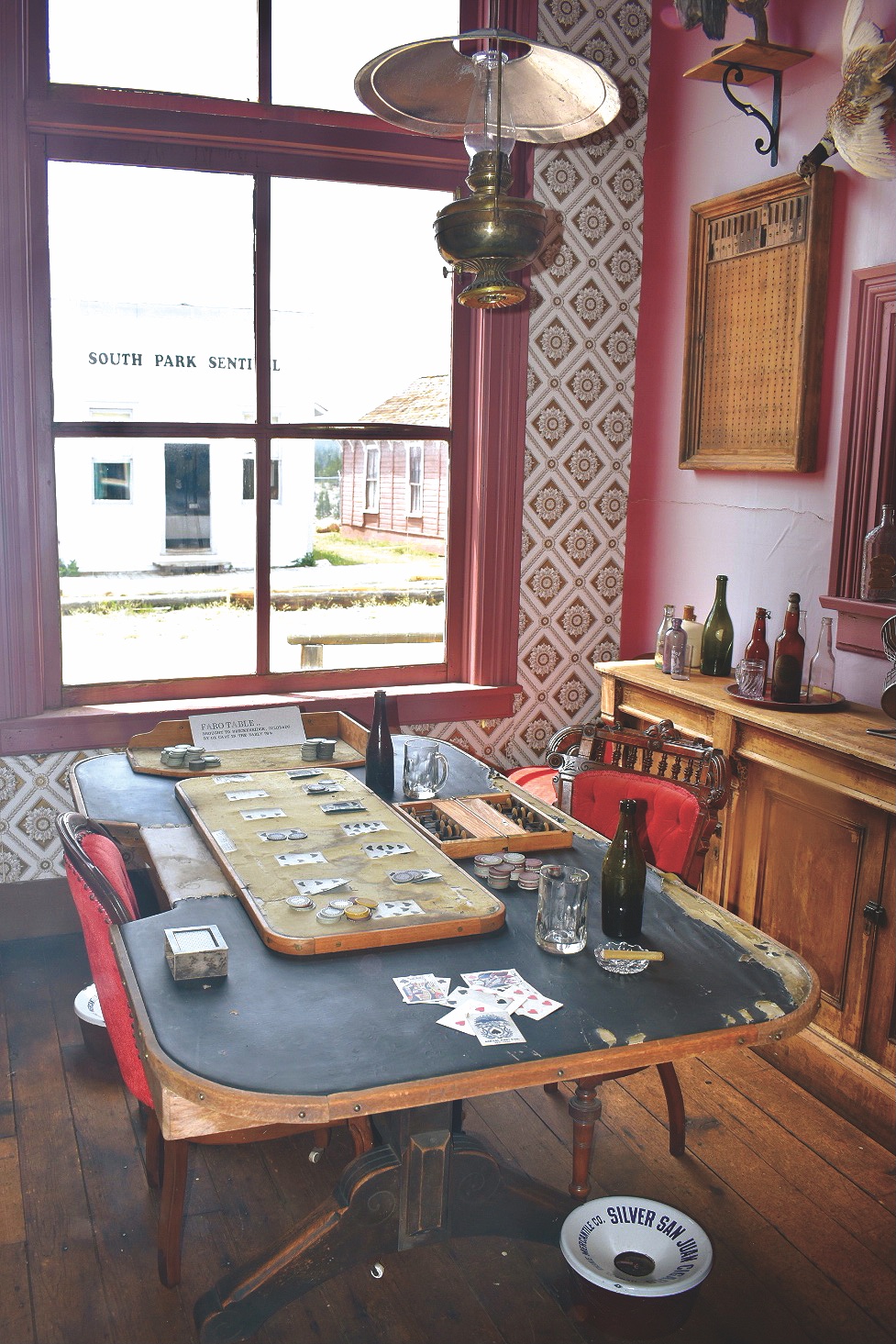 Besides seeing barrels, bottles, tools and tonics, visitors might encounter Thelma and Louise, the ghost town’s resident cats. It’s easy to while away the hours in South Park City. “You can sit on the chairs, read the books and look in the cupboards,” Pulsipher notes. “It’s a little like time travel.” 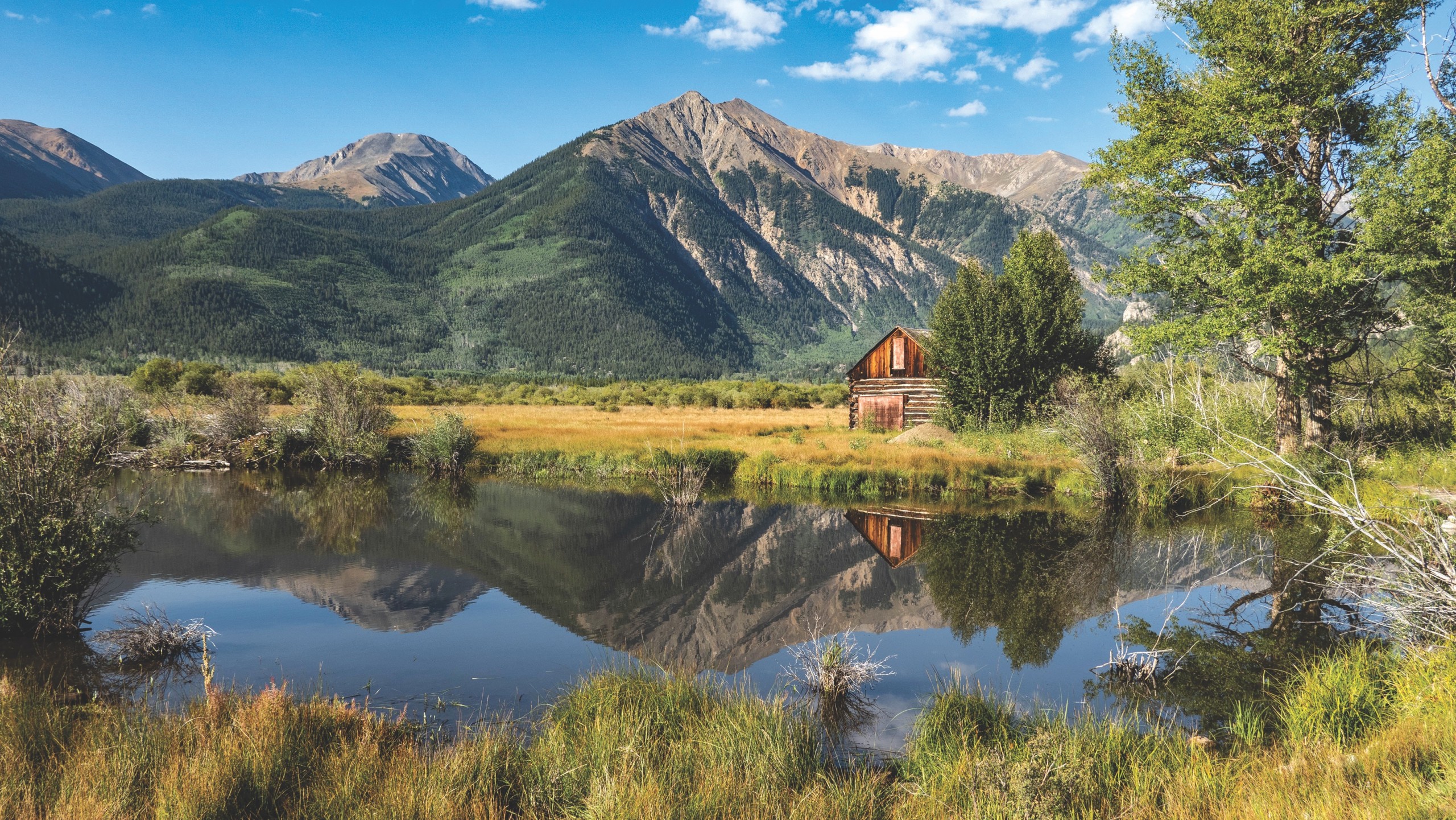 Although there are few buildings left in Independence, the ghost town near Aspen is now an archaeological preserve with interpretive stations that tell the story of its gold prospecting days. It’s a wonderful place to stop on Independence Pass. | Photo by Rich Martello

Perhaps the most ghost-like of the three ghost towns discussed here, Independence doesn’t have a lot of standing buildings. What it does have is a good dose of history—and awe-inspiring views.

Prospectors discovered the Independence gold lode in 1879. By 1882 the mining town was home to more than 1,500 residents, four grocery stores, four boarding houses and three saloons. Today, there are stables and a general store in various states of disrepair, as well as a restored log cabin, home to a summer docent provided by the Aspen Historical Society. 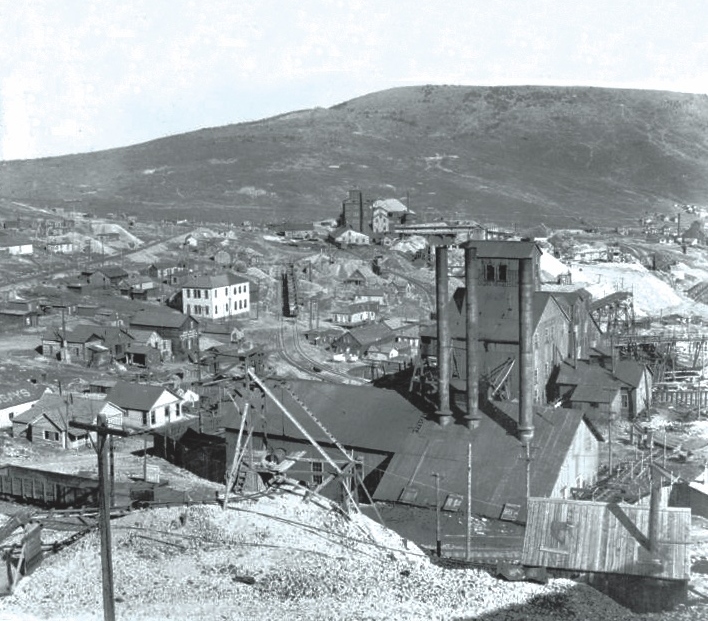 Independence during its gold boom, with mining buildings and residences. | Photo courtesy of Aspen Historical Society

A required stop on Independence Pass, Independence has a self-guided tour with informational stations that tell the history of the town’s characters and structures. Life proved to be difficult at 10,900 feet. Dwindling returns and harsh winters led to the town’s bust—some say the town’s remaining miners took apart the buildings to create skis and escape to Aspen. 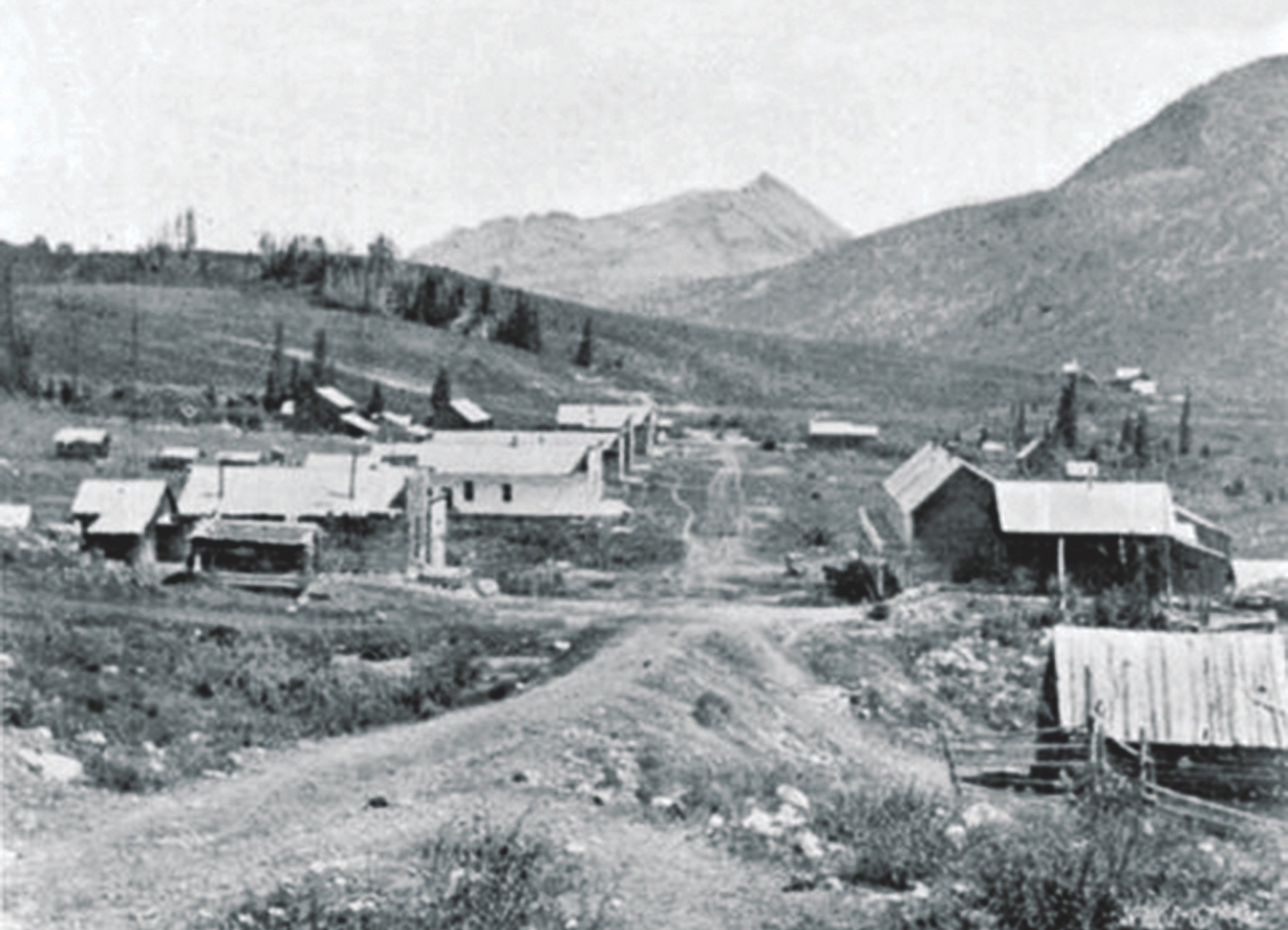 In winter, Gothic is home to one caretaker. But every summer, scientists from all over the world come to the Rocky Mountain Biological Laboratory (RMBL) to conduct research. RMBL is home to the longest ongoing marmot study (originating in 1961), as well as a study of wildflowers that began in the early 1970s. | Photo courtesy of Gothic Historical Society

Besides its commanding view of the West Elk Mountains, Gothic is spectacular for its science. The silver-mining ghost town has been home to the Rocky Mountain Biological Laboratory (RMBL, pronounced “rumble”) since 1928. Gothic has over 55 buildings, including three dating to its founding in 1879. 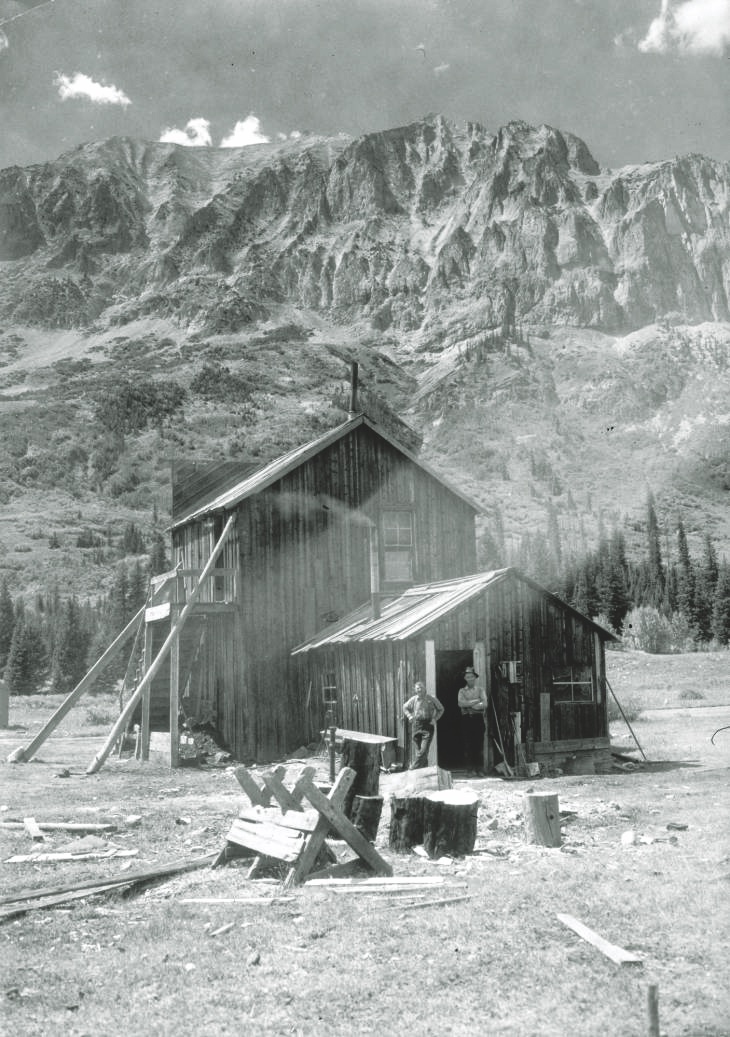 A historic photograph shows a building in Gothic in the process of being repaired. | Photo courtesy of Gothic Historical Society

But it’s the scientists that make Gothic so unique. They pop up every summer (alongside the marmots) to conduct research at one of the ghost town’s 300 field sites. The independent lab draws scientists from around the globe. It also attracts hikers and cyclists. “We’re surrounded by public lands,” says RMBL executive director Ian Billick, who recommends Trail 401 north of Gothic or Deer Creek Trail just south of town.

A visitors center offers two free tours daily. “It’s a special place, and we love to share it with people,” says Billick. “There’s nowhere else in Colorado that brings the past and the future together like what happens here in Gothic.”