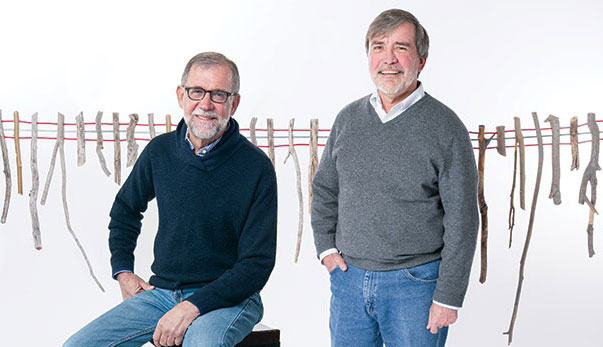 Richard Shaw credits his path to a career in landscape architecture to summers spent exploring Grand Teton National Park with his ranger naturalist father. “Growing up in a national park was remarkable, and living in tents and cabins without electricity I was totally aware of the outdoors,” he says. His design partner, Kurt Culbertson, points to his nature-loving mother, who tended a two-acre garden at their Shreveport, Louisiana, home, for his plant connection. “I spent a lot of time working with her in the yard, and that led to a love of landscape design,” he says. 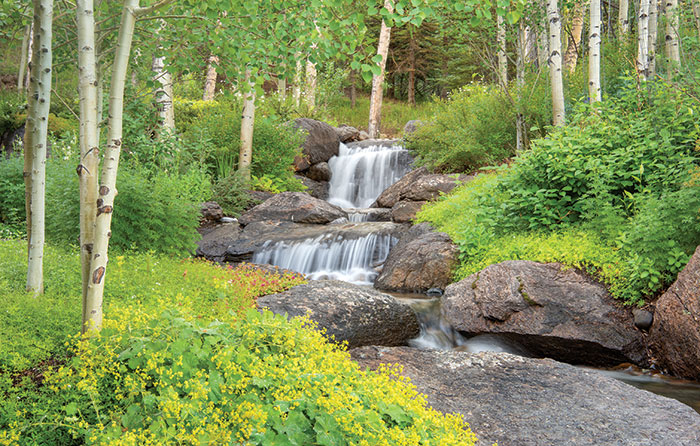 It was the 1970s and Shaw arrived in Aspen first. “It was the last place I expected to find work, but I was hired by a small two-person firm that said I might have work for six months,”  he recalls. That firm was Design Workshop; he was still there two years later when he received a call about a promising landscape architect graduate from LSU and Culbertson came on board. Like two young pioneers, both men embraced the potential of the vast landscape of the American West.

“Forty years ago we started out sitting next to each other, and all these years later we still are.” —Richard Shaw

Decades later, the imprint of their acclaimed firm in everything from urban and resort design to residential gardens to conservation development can be seen in 30 countries. Through it all the lead partners have acknowledged their differences and appreciated what the other guy brings to the table. “When I joined the firm our payments were kept in a cigar box until we walked the money over to the bank,” recalls Culbertson, a Fulbright Scholar with an MBA. “I’m a designer, but I brought the business acumen that was a missing piece and allowed Richard to truly focus on design.”

For his part, Shaw has also never taken Culbertson for granted. “Kurt has magnificent leadership vision and a gift for organization and implementation,” he says. “Forty years ago we started out sitting next to each other, and all these years later we still are.”

The landscape architectural duo joined Design Workshop in the 1970s. Today, they are principals and partners of the 125-person practice, celebrating its 50th year.

ACCOLADES
Only four Colorado-based residential gardens have been awarded the National Awards in Residential Design from the American Society of Landscape Architects, and all four were designed by Richard Shaw.

HONORS
Fulbright Scholar, Fellow of the ASLA, the Institute of Urban Design and Dumbarton Oaks.

ACCOLADES
Eight National ASLA Honor Awards. Furthermore, since 2009, Culbertson has won more Honor Awards in Residential Design from the Colorado ASLA Chapter than any other practitioner.