Lighting designer Levi Wilson learned to forge metal while working at his family’s ornamental iron shop, but his work truly blossomed when he co-founded his multimillion-dollar lighting company, Hammerton, more than two decades ago. Although influenced by industry, design, fashion, mathematics and science, “Nature is my primary inspiration,” Wilson says. 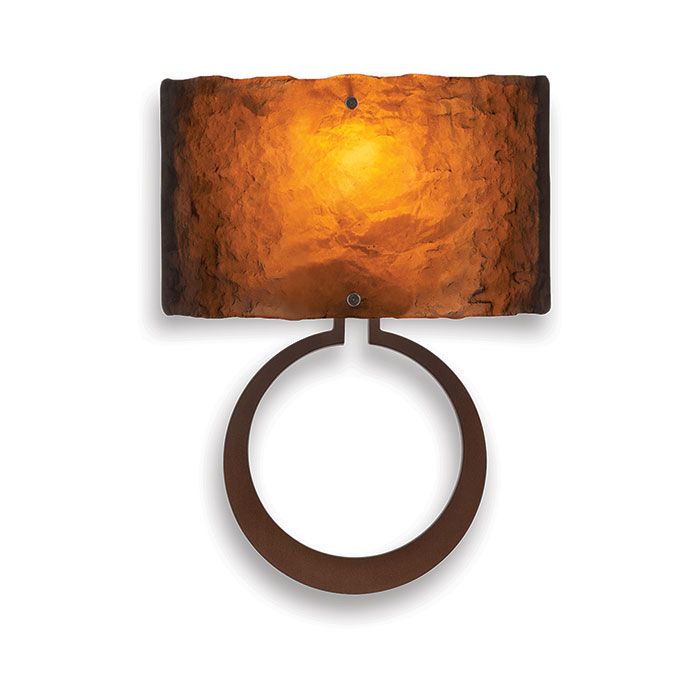 Hammerton’s metal heritage fuels their innovative work in glass, and all glass tooling in fabricated in-house, as seen in Carlyle sconce with kiln-fused glass shade. Photo by Hammerton Studio.

He points to his Element chandelier as an example. Although each of the geometric components is symmetrical, the result is unquestionably asymmetric, resembling a crystal that organically took shape over time. “I wanted it to look like something you’d see under a microscope,” he says.

In the early days, Wilson lived in his van, dropping off brochures for architects and designers working on second homes in Vail and other mountain towns. But a well-timed advertisement accelerated the company’s growth, and within a year, it grew from a two-man shop to more than a dozen employees.

"Nature is my primary inspiration."

An artist who works in a variety of materials such as metal, glass, mica and rawhide, and ranging in style from rustic to ultra-modern, Wilson’s designs are still manufactured in the company’s Salt Lake City headquarters, with 95 percent shipped to luxury homes and hospitality properties around the world.

While he takes pride in every one of the company’s products, Wilson admits to being particularly intrigued by his high-end custom pieces. For a skiing enthusiast, Wilson created gondola-shaped fixtures delicately suspended from a cable. And the company’s popular Gem collection, which resemble faceted glass stones, also started out as a custom project. 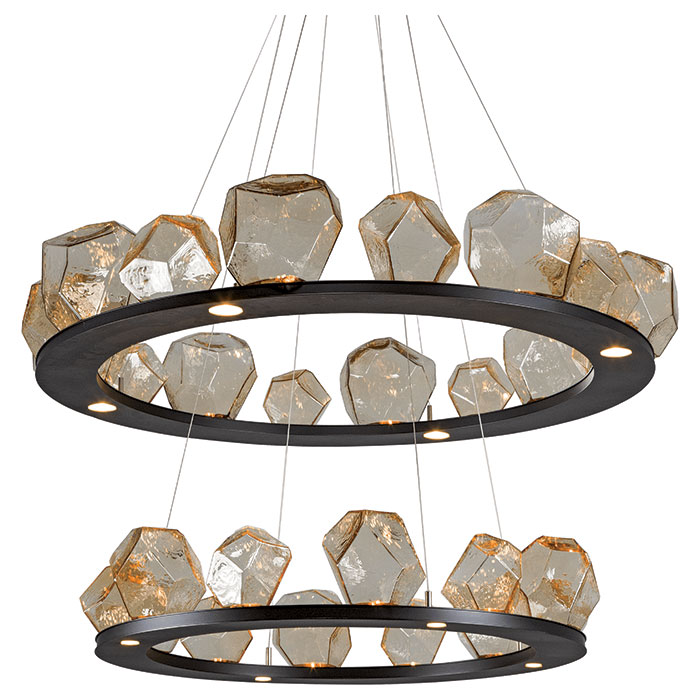 Designed and built to the highest standards, Wilson hopes that, like fine European antiques, his creations will stand the test of time.  “I want to make pieces that will live on for generations, long after I’m gone,” he says. “To me, that’s quality, and that’s the story I want to hear.”

FIRST JOB
Worked in his family’s Salt Lake City ornamental iron shop as a boy, doing everything from sweeping the floors to blacksmithing.

FIRST BUSINESS
Mountain Moose Design—he and a partner created anything out of iron or steel to make money.

BIG BREAK
Had an idea for a new lighting product line for second homes in mountain regions. The timing was right: After placing one ad, the business exploded, growing from two employees to 15 in one year.