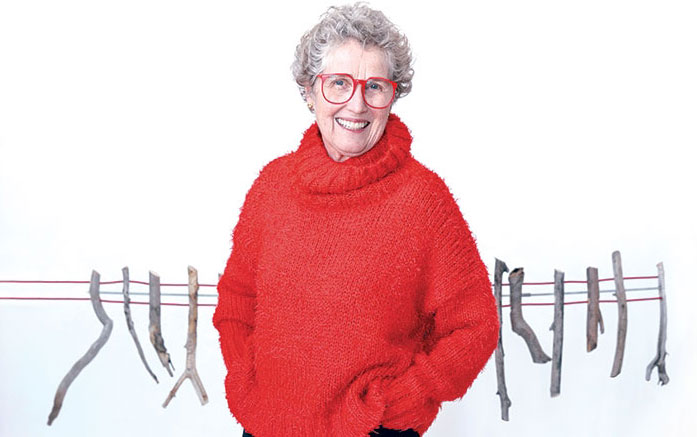 When Agnes Bourne was eight, she received her first design job: a chicken coop at the family’s summer home. She drew a sloped roof for snow load, high windows for natural light and a private egg-laying room with a wire roof to keep out ravens and buried wire to deter weasels. “It was the Palace Hotel for chickens in Coeur d’Alene, Idaho,” Bourne recalls. When the coop was finished, she’d discovered her calling, and by the time she was 16 she’d assisted family members with enough design projects to qualify for an internship at a design studio and initiated a teen docent program at the San Francisco Museum of Modern Art. 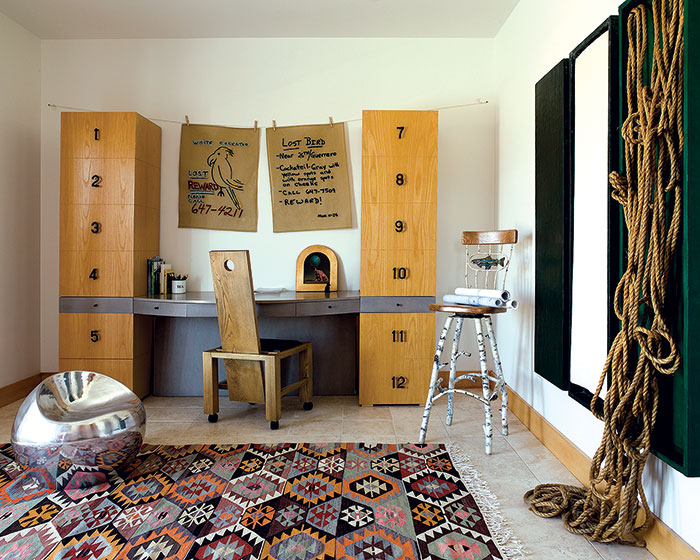 The office in a Jackson home includes the Tao Chair and the Numbers Desk from the Agnes Bourne Collection. The chair is in the design collections at Cooper Hewitt and SFMOMA. Photo by David Livingston.

In 1987 Bourne launched her own line of furniture, creating a San Francisco showroom featuring her designs and those of a select group of artists and manufacturers. When she moved to Jackson Hole in 2000, her company became the current DeSousa Hughes showroom at the San Francisco Design Center.

Devoted to design, Bourne has worked with many Mountain West architects on projects emphasizing the environment. On the cutting edge of green design, she built a house in 1976 using 90 percent reclaimed materials and fixtures. She’s delighted by today’s more prevalent and affordable sustainability efforts—and excited by developments in the art and science of new materials, including biomimicry. “It’s amazing how lab-grown spider silk could replace everyday materials like polyester,” she says.

Bourne has long donated time on the boards of the Cooper Hewitt Smithsonian Design Museum, San Francisco Art Institute, Jackson Hole’s Center for the Arts and the Art Association of Jackson. Also in Jackson, she provides a residence for visiting artists.

Dedicated to the idea that design and art are the entire experience of living, Bourne believes “that a deeper understanding of these strategic, human activities can be guiding principles for everyone.” 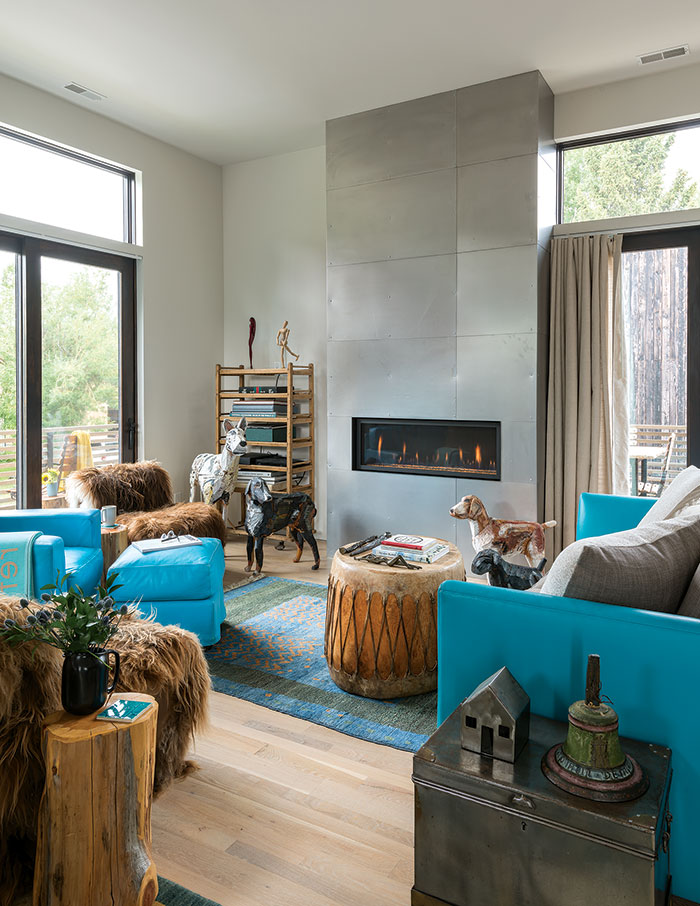 Bourne’s living room in her Jackson residence includes the turquoise Chevy Chair from her collection. Photo by Audrey Hall.

Over 50 years in interior design.

FIRST JOB
On a plane from London, she found herself sitting next to a man building a home in Palo Alto. By the end of the flight she’d talked herself into a job.

EDUCATION
Studied art and architecture in Florence, Italy; received her bachelor’s in studio art and art history from Mills College, with postgraduate work in American studies and architecture at the University of Pennsylvania and a Certificate of Design from the Rudolph Schaeffer School of Design, San Francisco.

ACCOLADES
Bourne has been included on House Beautiful’s “The 101 Most Influential Designers at Work in America Today.”