Four decades in the making, today Poss Architecture + Planning and Interior Design employs more architects than the entire population of architects that existed in Aspen when its founder arrived in 1972. By his own account Bill Poss was a little “wide-eyed and bushy tailed” when he exchanged the jagged skyline of New York City for the rugged backdrop of the Rocky Mountains. “It was the 1970s, and Aspen was being created by a bunch of escapists. We were a very socially oriented group, but we also had our parents’ work ethic,” recalls Poss, who grew up on Long Island, influenced by a father who was always doing around-the-house construction projects and a mother who saw Bill’s love of drawing as a sure sign he was going to be an architect. “Architecture was an inevitable jump for me,” he adds.

"It’s heartwarming for me to see that the history of Aspen and the West are preserved."

Poss has seen his share of trends during his lengthy career. “There was the rustic ’70s, the go-go of the ’80s and ’90s, and now there’s a greater demand for contemporary and modernist,” he says. But through it all his love of the landscape drove his steadfast determination to create homes—regardless of style—that capture the majesty of the surroundings. “We are always opening doors to balconies and terraces to allow for the indoor/outdoor experience.” 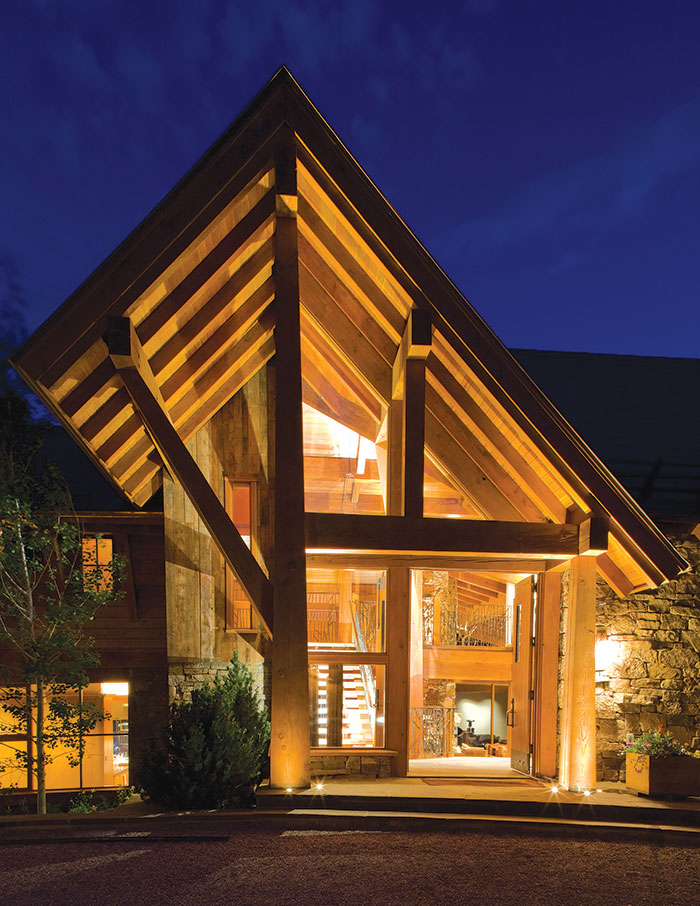 The entry structure of this Snowmass home supports the central staircase, as if climbing through a tree as you transcend levels of the home. Photo by Jay Goodrich.

Historic preservation is another of his passions. After several years as chair of the Aspen Historic Preservation Committee, Poss says, “It’s heartwarming for me to see that the history of Aspen and the West are preserved.”

Looking back, it’s unlikely the New York transplant envisioned growing his business to 37 people, but the size of his firm today equates with his belief in collaboration and mentorship. Another form of giving back, the latter is his way of translating the knowledge and skills from one generation to the next. As for collaboration, Poss insists, “In this industry several minds are always better than one.”

Founded Poss Architects in 1976; today has offices in Aspen and Carbondale, and 37 employees.

COMMUNITY
Served as chairman of Aspen Historic Preservation Committee for nearly 10 years.
A sampling of organizations that Poss Architecture supports includes the Roaring Fork River Conservancy, the Buddy Program, Aspen Community Foundation, Habitat for Humanity, Basalt Education Foundation, Shining Star Foundation and the Home Health Care and Hospice of the Valley (Poss is a board member).

GREEN
Created the Poss Sustainability Committee to implement a number of green initiatives within his own firm.