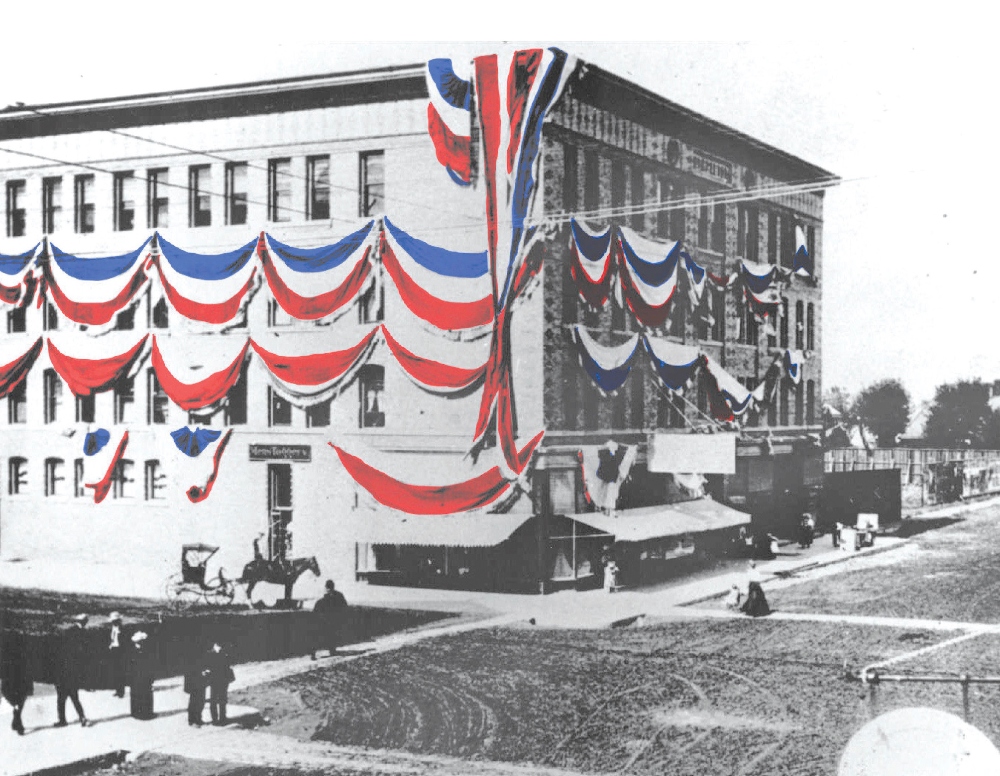 The bold, instantly recognizable graphic design and potent symbolism of the American flag have long proved inspirational for artists, including such American icons as Jasper Johns and Jean-Michel Basquiat.

For Jeremiah Young, owner of Stapleton Gallery in Billings, Montana, it was a circa 1913 photo of his Stapleton Building–home to both the gallery and Young’s interior design business, Kibler & Kirch–draped in red, white and blue bunting that sparked the idea for a new show. 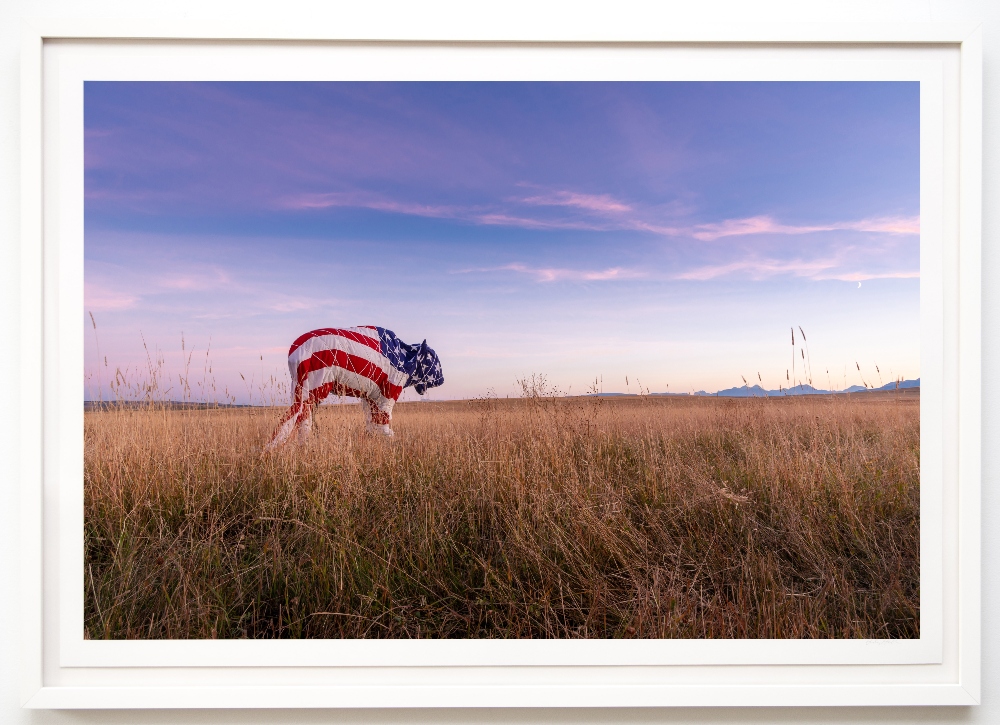 “I have been percolating an idea for some time around that image and the idea of ‘show the flag’–meaning to stand up for, support or defend something or someone,” says Young, who also serves as gallery co-curator with Abigail Hornik. “We began reaching out to our artists more than a year ago, asking for works inspired by that concept – and of course with no idea the show would be opening in a time of pandemic and protests.”

“Show the Flag” opened both online and for in-person visits on June 4; visits are available by appointment through July 4, 2020 and the virtual show will remain on the website.

“We had to rethink our usual approach to a Stapleton Gallery show, which tends to be a one-night party-style event where we really pack people into our relatively small gallery space,” Young explains. But then again, reimagining the art show is definitely in the wheelhouse for Young and Hornik, whose November 2019 event “Stapleton Records: Move the Needle” provided a night of live concerts, a listening room of specially recorded tracks and the original cover art they inspired, and a “record shop” of custom-pressed vinyl in albums bearing the visual artists’ work. 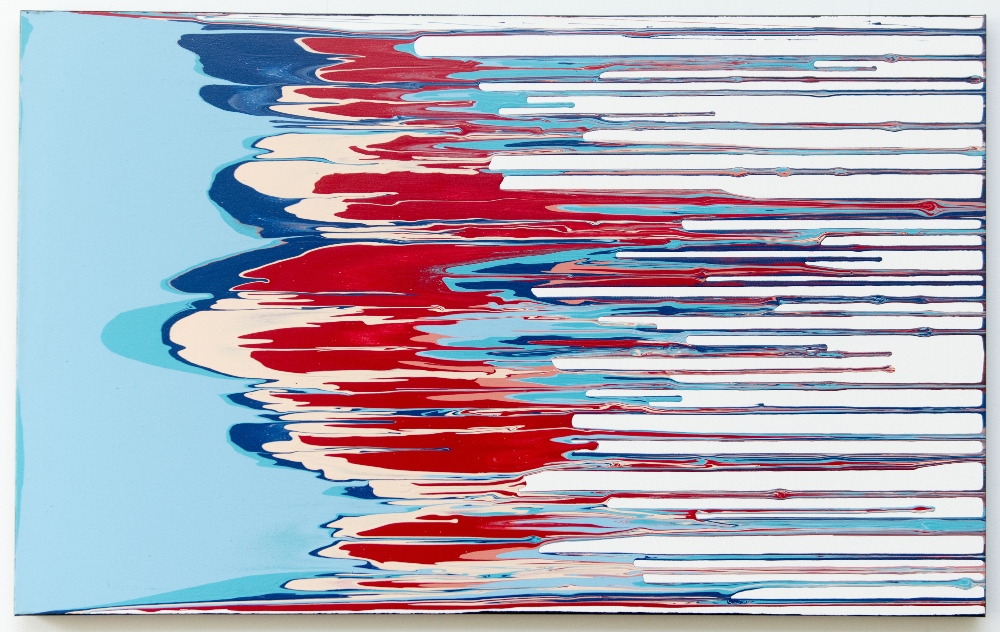 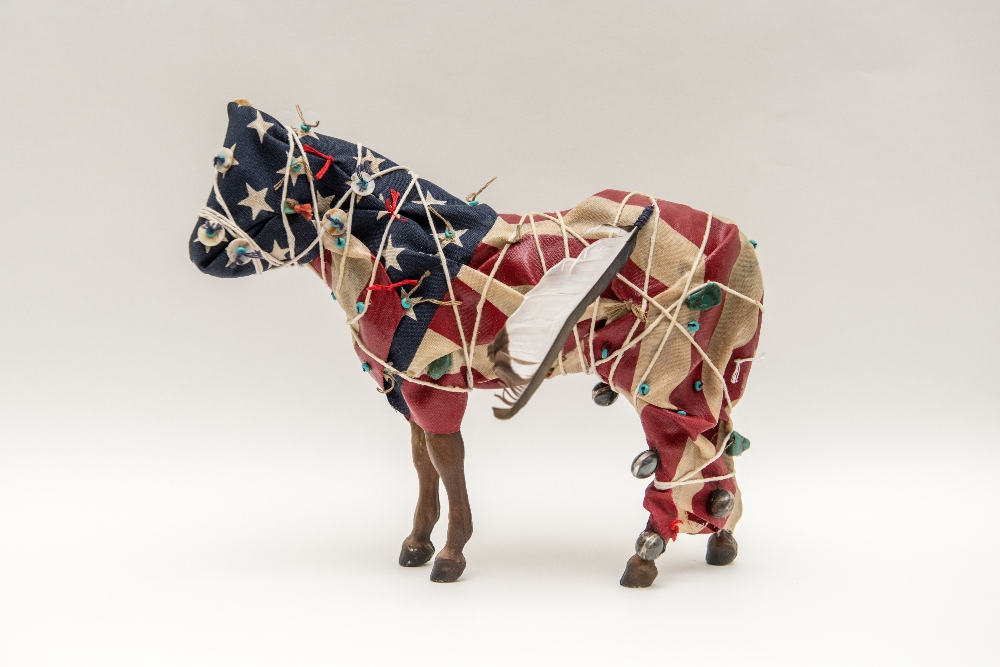 “Show the Flag” opened with a virtual gallery tour via slideshow on the Stapleton Gallery website with the additional option of “by appointment” viewing. The show is populated with standout work by a full dozen of the gallery’s artists, including Ben Pease, whose work is an integral part of the Chicago Field Museum exhibition “Apsáalooke Women and Warriors” (closed abruptly in March due to Covid-19), and Montana Governor’s Lifetime Achievement Award-winner Kevin Red Star, as well as Amber Jean, Audrey Hall, Boo Billstein, Carol Guzman, Jeff Corwin, Jennifer Eli French, Judd Thompson, Kaetlyn Able, Malou Flato and Mike Clark.

The exhibit works are available for sale on the website. 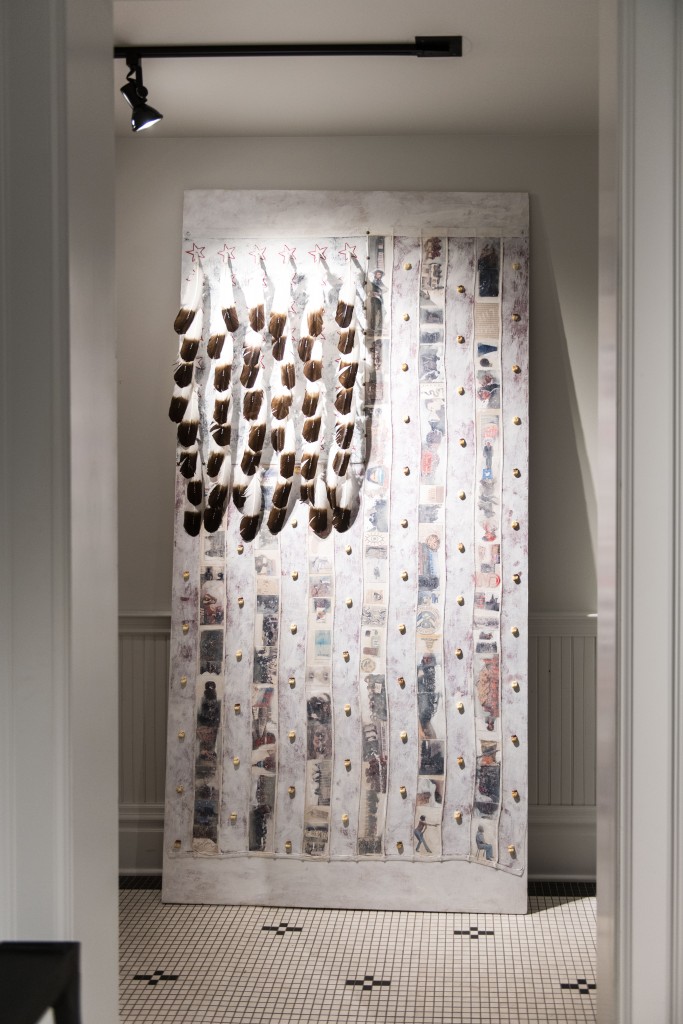 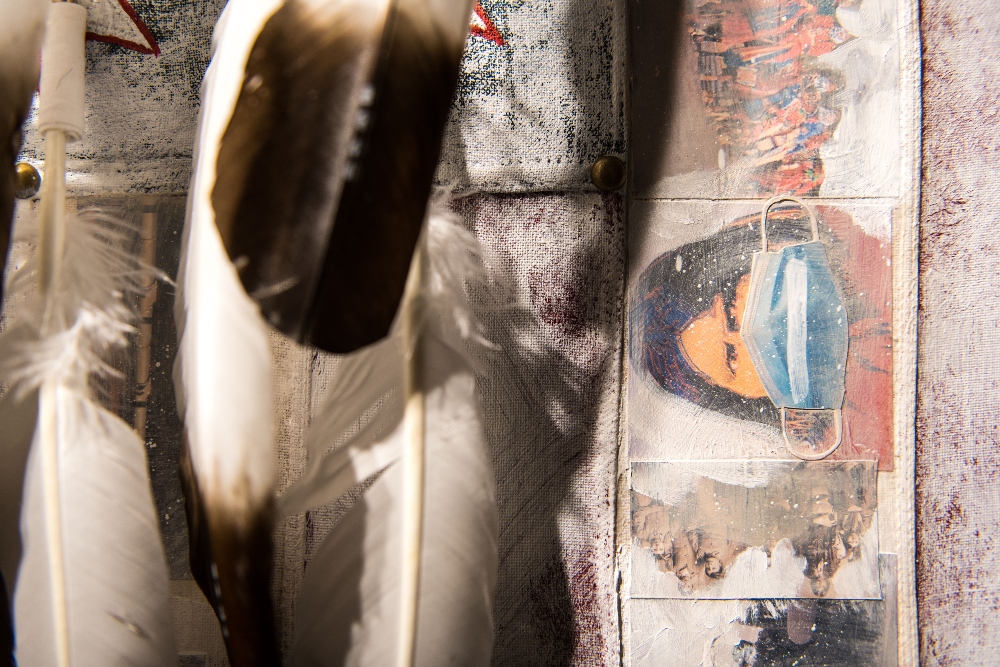 Detail from “American Me” Ben Pease

A short film, “Behind the Scenes at Stapleton Gallery,” uploaded on the website June 4 to kick off the show, follows Young and Hornik in real time as they unpack the remarkable artworks and undergo the intensive process of hanging the new exhibit.

Two more videos, one of artist Judd Thompson “grafitti-ing the gallery” and a gallery conversation with Kevin Kooistra of the Western Heritage Center, were uploaded on the site in June, contributing additional layers of meaning to the work. 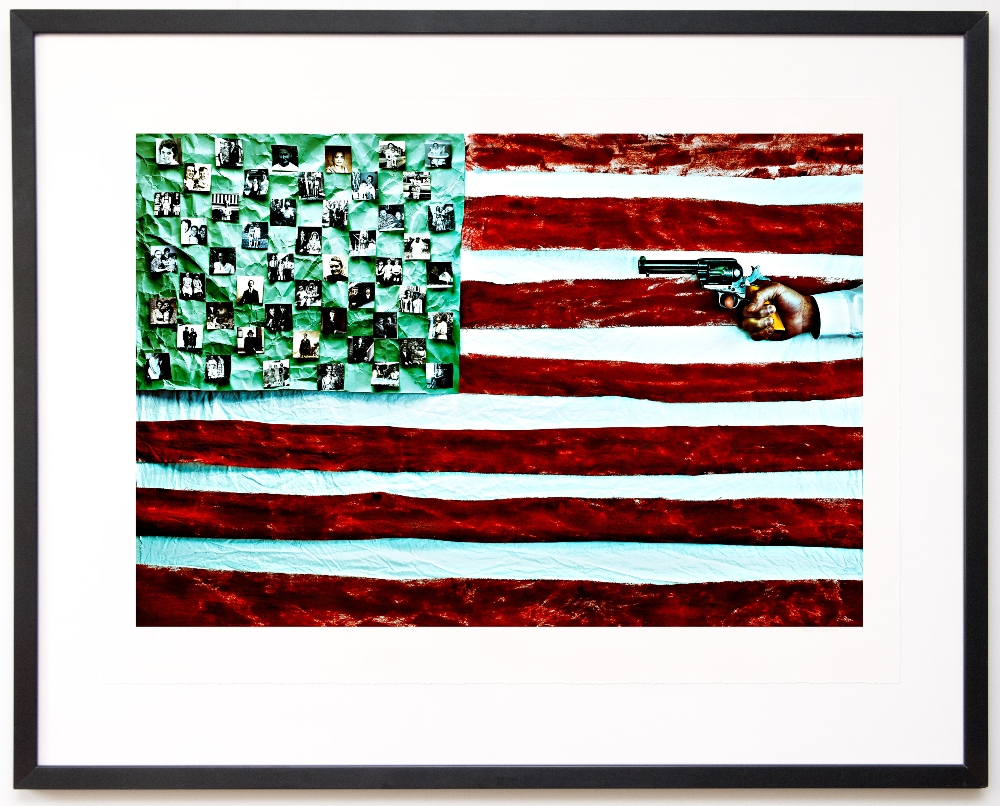 “While always intended to be meaningful on a variety of levels, ‘Show the Flag’ has gained unexpected importance from this time we’re living through,” says Young. “Works like Jeff Corwin’s ‘Guns in America-#2’ and Ben Pease’s ‘American Me’ would have been provocative in any context, but they take on special power at a time when really going deep with conversations about America is so crucial. And I’m so impressed with the artists’ level of experimentation with pieces like Audrey Hall’s sculpturally wrapped vintage Breyer horses and Boo Billstein’s hand-quilted ‘Omerta’ textile. With every Stapleton Gallery event we try to push the boundaries and expand the notion of what art is,” Young adds. “We’re so incredibly proud of this show.”

A Reflection of the Natural World, Preserved in Glass

From Field to Foundry

A Home Built on a Historic Cattle Ranch