The Iceman Cometh to Nederland, Colorado 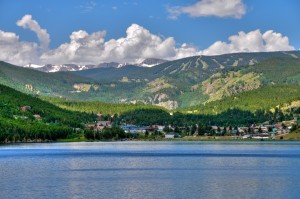 Thoughts of Nederland, Colo. may call to mind images of the Indian Peaks Wilderness or Rock Mountain National Park. Odds are, you don’t think of a 110-year-old dead man preserved in dry ice. That is unless you’re in town for Frozen Dead Guy Days.

The celebration, which began in 2002 honors the town’s rather unique calling card — Grandpa Bredo, whose cryogenically frozen corpse has been in a Tuff Shed in the hills above Nederland since 1993. Bredo died of a heart condition in 1989 after a comfortable life in Norway, where he enjoyed painting, skiing, hiking and all things outdoors. (Had he been alive to see Colorado, it would’ve been his kind of place.)

His first stop after death was the Trans Time cryonics facility in Oakland, Calif., where he was placed in liquid nitrogen for almost four years. From there, he moved to Colorado to stay with his daughter, Aud Morstoel, and his grandson, Trygve Bauge — both strong advocates for cryonics who hoped to start a facility of their own.

Following Trygve’s deportation in the mid-90s, brought on by an expired visa, Aud was facing eviction for living in a house with no electricity or plumbing. Fearing what would become of her frozen father if she was to head back to Norway, she spoke to a reporter, who spoke to the Nederland City Council, who passed Section 7-34 of the municipal code regarding the keeping of bodies. This made it illegal to store a frozen human or animal, or any part thereof.

But Grandpa was grandfathered in, and once the cat was out of the bag, the world turned its eyes fondly to this strange history of sci-fi cryonics, international travel, municipal court and, most importantly, the affection of a family and its community. Though it may seem absurd at first, the tale of Grandpa Bredo is dearly beloved by the people of Nederland, including Amanda MacDonald, co-founder of Frozen Dead Guy Days. She says the event, which has been a community staple since 2002, brings people together from all places, all politics and all walks of life — and that makes it special.

“It’s just such a unique but real story. It just always seems to catch people’s attention and imagination,” MacDonald says.

Frozen Dead Guy Days attendees can expect a wide range of events, including coffin racing, polar plunging, frozen turkey bowling, more than 30 live bands, 14 food vendors and more. Guests can also attend the Blue Ball for an additional fee of $25 online or $30 at the door; the theme of this year’s dance is “Letting Gravity Go,” and the admission fee includes your very own official acre on the moon, courtesy of Lunar Land.

But as for the frozen dead guy himself? Don’t expect to see him there. MacDonald says it’s a misconception that guests will be able to “meet” Bredo, who’s kept safe in the mountains where the weather can quickly turn. But if you’re dead-set on seeing him — no pun intended — you can inquire about guided tours, which are separate from the festival itself.

In 2020, the pandemic canceled the event just days before it was slated to open. It was devastating, MacDonald says because the hard work that had gone into it was going to go to waste. In 2021, the event also was nixed in the name of public safety, making the 2022 festival Nederland’s comeback kid. Rebounding from years of uncertainty hasn’t been easy, but MacDonald says it has been worth it.

“We worked hard to recreate 2020 since all the work had been done, but it was a big lesson in how difficult it is to try and go back; I harken it to trying to put the egg back in the shell,” she says. “However, we’re excited to welcome those musicians and artisans who were ready to go in 2020 as well as welcome some new folks who have never been to FDGD. Everything is as it should be — at least that’s what we hope.”