At Home in a Hidden Treehouse 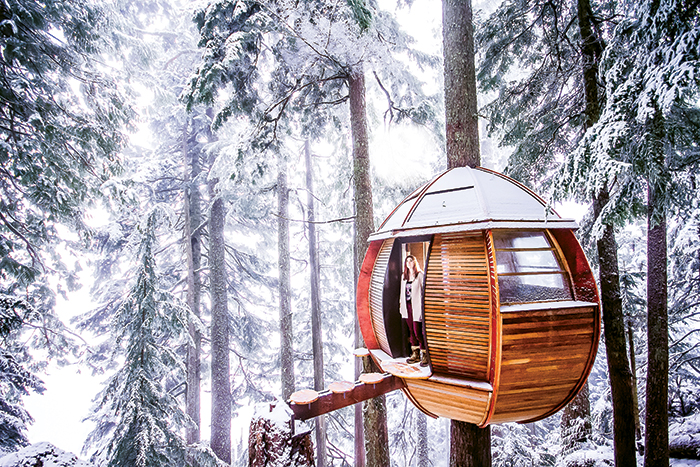 For two years, the HemLoft—an egg-shaped treehouse suspended in a grove of towering hemlocks—was the hidden treasure of Whistler, visited only by those who were curious enough to trek the backcountry until stumbling upon its undisclosed location. The arboreal structure was conceived and handcrafted by Joel Allen, an ex-software developer who began the project after a plan to crowd-fund his retirement at age 26 backfired. With an urge to “build something cool,” Allen, a novice carpenter at the time, began covertly transporting materials to a remote building site and assembling the ovate frame piece by piece. In 2011, shortly after putting the finishing touches on the HemLoft, Allen set out on a three-month cross-Canada road trip with his girlfriend, Heidi. Via his website thehemloft.com, he invited adventurers to find and enjoy the treehouse in his absence.

The HemLoft garnered a massive cult-like following and steady foot traffic—it became a refuge for hikers and a private locale for parties. No longer able to care for the retreat, Allen decided to sell the HemLoft on Craigslist and donate the proceeds to charity. Canadian Wilderness Adventures (CWA), an adrenaline-charged recreation company offering snowmobiling, canoeing and mountain biking in Whistler, proposed the winning $5,000 bid. 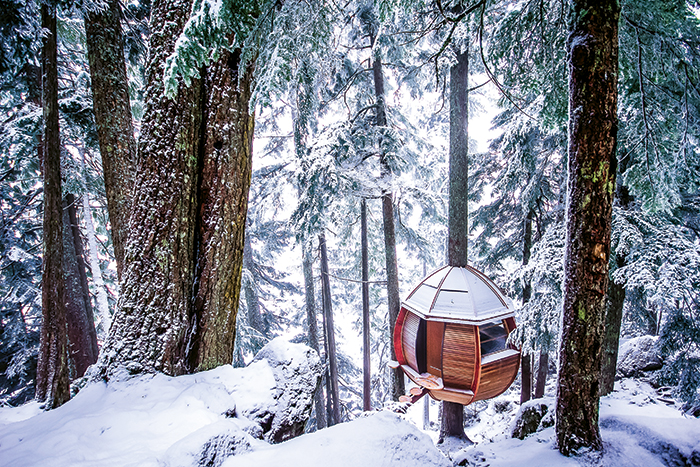 Though the HemLoft still awaits reassembly in its new home in the Callaghan Valley, the new owners have high hopes for its second life. Allan Crawford, president of CWA, plans to keep the HemLoft free and open to the public, and is even thinking of placing it next to a café, so visitors can enjoy a cup of coffee from the HemLoft’s forested vantage point. No matter the outcome, Crawford hopes to keep the hidden gem’s initial purpose alive.

“I want to follow in Joel’s footsteps and use it to get people’s imaginations going,” he says.

Fall Festivals Across the Mountain West