Whistler’s famed gondola is a scenic showstopper all year round

Dangling 1,427 feet above the forest in a glass-enclosed, glass-bottomed gondola is not for the fainthearted. Connecting Whistler and Blackcomb mountains, the Peak 2 Peak Gondola rides on a cable stretching 1.88 miles—claiming records as the longest unsupported lift span in the world and the highest lift of its kind.

Running year-round, for skiers and non-skiers alike, the Peak 2 Peak Gondola is Whistler Blackcomb’s top attraction. For non-skiers, the logistics of purchasing a ticket and riding up the mountain to board the famous lift may seem challenging, but there’s a reward for perseverance. With its iconic red cabins, the ride offers breathtaking, 360-degree, bird’s-eye views of the Olympic Village, ski slopes and treetops below—and the Canadian Coast peaks in the distance. 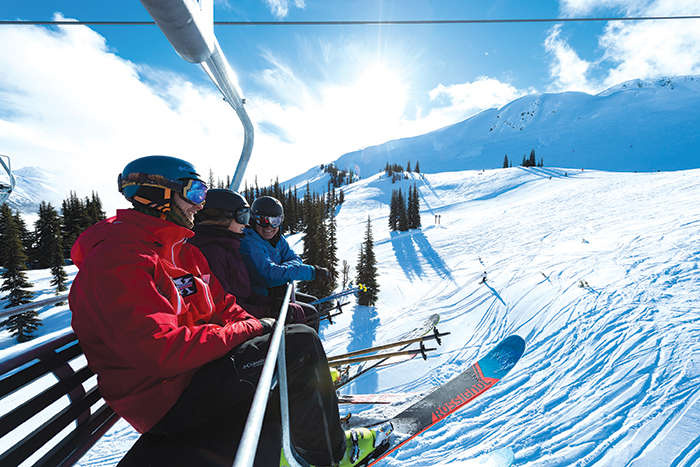 Whistler Blackcomb Resort gained attention from hosting the 2010 Winter Olympics—and its popularity has soared since then, receiving the No. 1 resort ranking from SKI magazine multiple years, most recently in 2016—and attracting the dollars of Vail Resorts, which purchased it in 2017. Olympic Village has a different feel than most Rocky Mountain resorts, with large plazas and wide boulevards created to accommodate the Olympics crowds. At night, it takes on the appearance of a fairytale village with twinkling lights and a dusting of snow.

The largest ski resort in North America may be a little out of the way for U.S. skiers, but offers a bonus side trip of exploring Vancouver. Whistler Blackcomb is one of the few major resorts located within two hours of a major metropolitan city: Visitors fly into Vancouver and drive or take a shuttle  on the scenic Sea to Sky Highway to the resort. 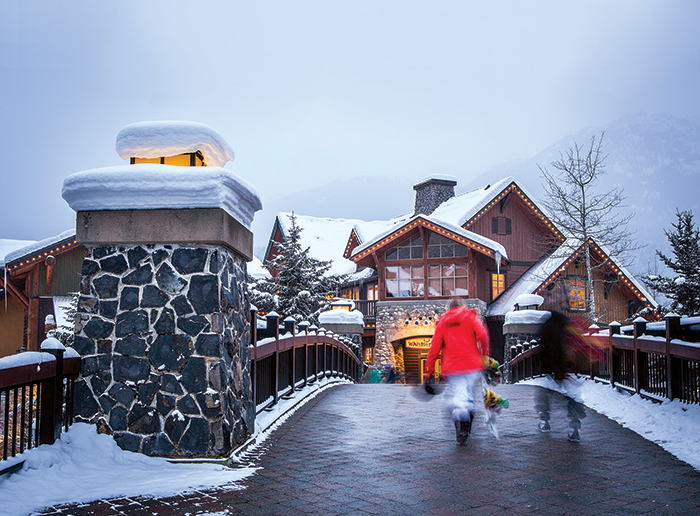 THE LAY OF THE LAND AT WHISTLER BLACKCOMB:

The resort boasts two main areas or neighborhoods: Whistler Village—the mothership, with shops, bars and restaurants galore—and Whistler Creekside—a quieter atmosphere for those who don’t mind taking a cab to the Village for nightlife.

Nita Lake Lodge offers a complimentary shuttle taking guests to ski lifts at nearby Creekside—a cozy fireplace awaits them upon their return from the slopes. Photo courtesy Nita Lake Lodge

The location of First Tracks Lodge, right at the base of Whistler Mountain and the gondola, can’t be beat for slopeside access. Luxurious boutique hotel Nita Lake Lodge provides a complimentary shuttle to the slopes and offers an oasis at the end of the day with its spa, Cure Lounge & Patio and charming pop-up fondue hut at its Fix Café. 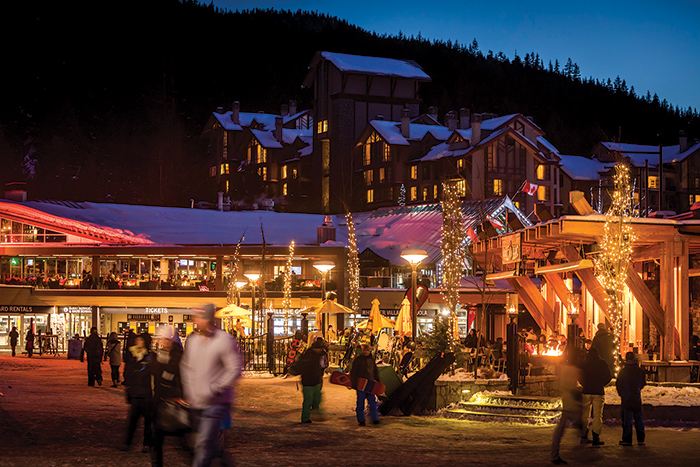 You’ll find numerous lodging options, from the boutique Blackcomb Lodge to such familiar brands as the Fairmont, Four Seasons and Westin. When in Olympic Plaza, you must check out Araxi Restaurant and Oyster Bar—consistently rated Whistler’s best restaurant for more than 10 years—or its sister property, Bar Oso. 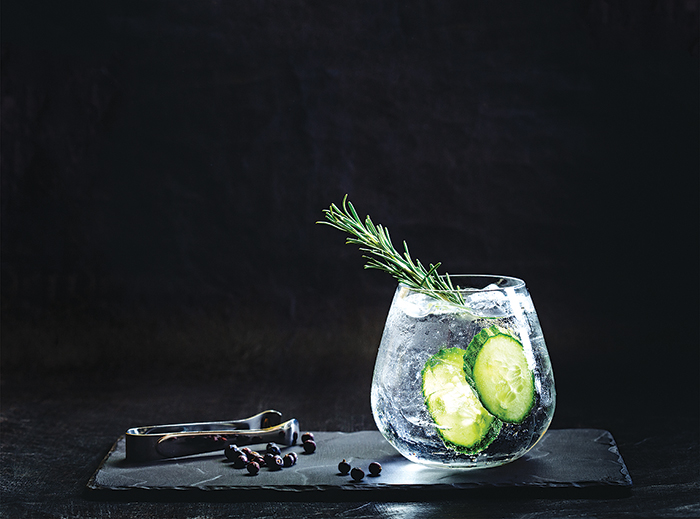 Bar Oso is known for its menu of speciality gin tonics as they call them (not gin and tonic as we say in the U.S.). Photo by Kevin Clark

The Peak 2 Peak Gondola travels 4.4 kilometers in 11 minutes—22 minutes round-trip. However, it takes approximately 25 minutes to upload to the Peak 2 Peak and 25 to return to the Village, so plan to allow two hours for the entire trip. Here’s where it gets a little tricky: Tickets can be purchased in advance online or at the Whistler Visitor Center, or on the day you want to go at any Whistler Blackcomb Guest Relations office or ticket booth, located at the base of the lift.

Leave the driving to the experts and enjoy the ride; you don’t want to miss the view on the Sea to Sky Highway of British Columbia’s rugged coastline, rainforests and snow-capped peaks. You can catch the Pacific Coach Lines shuttle at the airport or downtown Vancouver.